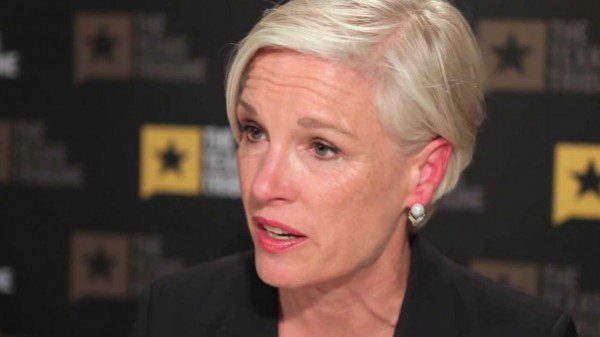 Cecile Richards is the president of Planned Parenthood, so she talks a lot about abortion and pregnancy and choice. But she wishes people would stop asking her about when life begins. She doesn’t think that is “really part of this conversation.”

Of course she has to say people will be debating the question forever, and lots of people have different opinions about when life begins. When TV host Jorge Ramos asked Richards when SHE thinks life begins, in her own opinion, she didn’t even want to answer.

When asked when life begins, Cecile Richards, the President of Planned Parenthood Action Fund said, “It’s not something that I feel like is really part of this conversation…every woman needs to make their own decision.”

“Why would it be so controversial for you to say when you think life starts?” asked Jorge Ramos.

She did say when she thought life began for her three children. When she delivered them, they became real human beings to her and have been “probably the most important thing in my life ever since.” But it was her “own personal decision” to bring them to term – AKA let them live.

Likewise, it was her own decision when she decided to abort one of her children, as she recently revealed to the public.

No woman should be forced to justify her decision for having an abortion. The decision about whether to have a child, end a pregnancy, or choose adoption is hers alone. Some women make that decision in consultation with their family, friends, their doctor, or their faith—and that’s their decision, too.

I know this firsthand. I had an abortion. It was the right decision for me and my husband, and it wasn’t a difficult decision.

If it doesn’t really matter when life begins, does it matter when it ends? If someone doesn’t consider their baby a real human being until they can talk (just to pick a completely random point), is it still their own personal decision to “terminate” their child if they are too much trouble?

That’s why it really DOES matter when life begins – and that it begins at conception.

November 19, 2014 Watch This Daddy Sing to His Infant Son after Wife Dies
Browse Our Archives
get the latest from
Politics Red
Sign up for our newsletter
POPULAR AT PATHEOS Politics Red
1