Tweet by Planned Parenthood: ‘We Need a Disney Princess Who’s Had an Abortion’

Sickening!  Planned Parenthood wants to encourage and glamorize abortion to Disney watching girls. Recently, on Twitter, a certain meme broke out that became very popular.  It was about how it would be nice to see Disney characters who were more accessible and more inclusive.  When Planned Parenthood jumped into the fray, however, things got very very revealing.

A Planned Parenthood branch has called for Disney to create an animated princess ‘who’s had an abortion’.

Wow.  That is absolutely sickening.

‘Today, we joined an ongoing Twitter conversation about the kinds of princesses people want to see in an attempt to make a point about the importance of telling stories that challenge stigma and championing stories that too often don’t get told,’ said Reed.

‘Upon reflection, we decided that the seriousness of the point we were trying to make was not appropriate for the subject matter or context, and we removed the tweet.’

You think it wasn’t appropriate?  What’s not appropriate is advocating for the deaths of millions of innocent babies…  no matter what the context!  The Daily Mail has more of the backlash, even from liberals:

The use of Disney Princess meme to discuss abortion, provoked a backlash on Twitter, with many making the point it was an adult issue and should not have been discussed in that manner.

‘Disney princesses are for CHILDREN and these are adult issues,’ tweeted user @704heather, adding, ‘This far-out c**p is why we got stuck with Donald Trump.’

‘Exactly. They have no idea how extreme this sounds (and yes, I’m pro-choice),’ replied user @KinseyHolley.

It makes me sick how far off this is. 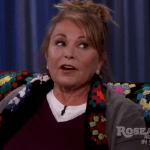 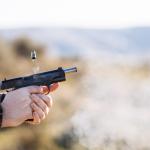