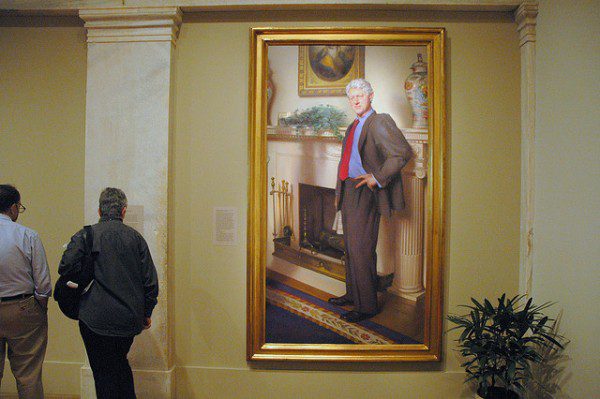 Guess who was secretly added into Bill Clinton’s portrait?

Here’s a hint: it wasn’t his wife.

The painter of former President Clinton’s official portrait for the National Gallery just made a BIG revelation. The painting got some scandalous press when it first was unveiled because in the portrait, Clinton isn’t wearing his wedding ring. But the controversy just deepened when the painter said it contains an intentional, hidden reference to the Monica Lewinsky affair.

Nelson Shanks was the painter. He respected Bill Clinton, but couldn’t get “this Monica thing” out of his head… it’s no wonder, since there was a lot to forget — the affair itself to start with, the fact that the President took advantage of an intern, and then all the lies and cover-up that followed.

Shanks said, “he’s probably the most famous liar of all time.” So he included a shadow in the painting, in the shape of a blue dress. He explained its meaning:

If you look at the left-hand side of it, there’s a mantel in the Oval Office. I put a shadow coming into the painting, and it does two things. It actually literally represents a shadow from a blue dress I had on a mannequin, that I had there while I was painting it, but not when he was there. It is also a bit of a metaphor in that it represents a shadow on the office he held, or on him.

WHOA. That is pretty gutsy for a painter to do! Wonder what the Clintons think of this news??  Watch the Inside Edition interview with the artist below: 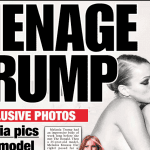