When Killing Babies is More Important than Women’s Health

In another outrageous move this week, the Supreme Court temporarily blocked a common-sense abortion regulation in Texas. After the elected representatives voted to enact laws to protect the health of women and unborn children, 5 unelected judges are once again putting their policy preferences above those of the American people.

The Supreme Court refused on Monday to allow Texas to enforce restrictions that would force 10 abortion clinics to close.

The justices voted 5-4 to grant an emergency appeal from the clinics after a federal appeals court upheld new regulations and refused to keep them on hold while the clinics appealed to the Supreme Court.

The Supreme Court order will remain in effect at least until the court decides whether to hear the clinics’ appeal of the lower court ruling, not before the fall.

The court’s decision to block the regulations is a strong indication that the justices will hear the full appeal, which could be the biggest abortion case at the Supreme Court in nearly 25 years.

While celebrities like Lena Denham are celebrating the Supreme Court’s decision in the name of choice, what is happening here is placing the murder of babies on a pedestal.

The Highest Court in our country just put Texas women in harm’s way. HB 2 ensures abortion clinics and doctors meet basic health standards if they choose to operate their businesses in Texas. Today’s delay subjects Texas women to substandard care all to the benefit of the abortion industry’s bottom line.

How can these pro-abortion advocates claim to be pro-women when they won’t even support laws that are designed to ensure women get safe and quality health care? And they call me hypocritical!?! 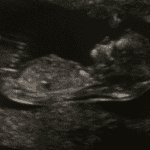