The Radical Left Targets Women Speaking Out Against Radical Islam

Remember when my mom caught all kinds of flak for her use of the phrase “cross hairs?”  Well, the Southern Poverty Law Center, a far-left activist group, has released a literal hit list for women who have spoken out against jihad and radical Islam.

An extreme leftist organization has issued what critics contend is a “starter kit” for jihadists and a “hit list” that paints a target on the backs of a dozen high-profile women who are outspoken in their opposition to jihad and Shariah law.

The list, which includes unflattering sketches of the ladies it vilifies, is titled “Women Against Islam” and was compiled by Mark Potok and Janet Smith of the Southern Poverty Law Center, or SPLC.  …

Washington watchdog Judicial Watch described the list as “a starter kit for Islamists to attack American women who refuse to comply with Sharia law, the authoritarian doctrine that inspires Islamists and their jihadism.”

Fox News Anchor, Megyn Kelly responded to the hit list on her show:

They attack several women on here who have been critical of radical Islam – radical – not all Muslims. You tell me, does that make you an extremist who belongs on a hate list? …

[SPLC is] a careless organization that cares not at all about the safety of the people it condemns, nor reputations, nor the truth.

How messed up can your priorities be if you are criticizing women who speak out against radical Muslims who rape, murder, and sell women into sex slavery? 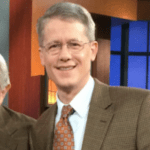