County Closes Schools Over Response To Lesson On Islam

Imagine for a moment if public school students had to write John 3:16 for an assignment. Or what if they wrote the Ten Commandments in a language they didn’t understand with no translation about what it meant.

I think the ACLU and other liberals would lose their minds. So where are these groups now with the latest reports out of Virginia concerning students being made to write a Muslim Statement of Faith with no translation or understanding of what it means.
The Associated Press has more:

Security concerns have prompted officials in a Virginia county to close schools after parental objections to a world geography lesson that included Islam.
Augusta County School Board President Eric Bond announced Thursday that schools would be closed Friday.

Bond says the decision was made “out of an abundance of caution” after consulting with law enforcement. He says there was no specific threat to students but did not elaborate on the safety concerns.

Media outlets report that a Riverheads High School teacher last week asked students to complete an assignment that included practicing calligraphy and writing a Muslim statement of faith. Students weren’t asked to translate the statement or recite it.

Bond says that the school district received “voluminous” phone calls and emails about the lesson.

Good for these parents who are standing up to the school!  It’s so important that parents are active in their children’s schools and keep teachers accountable. 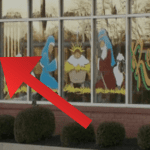 December 23, 2015
See The Response When A McDonald’s Painted A Nativity Scene On Its Window
Next Post 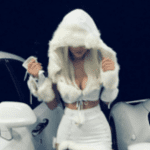