2015 Flashback: Lena Dunham: “I Would Punch Ignorant Pro-Lifers in the Face”

According to Life News, “Daily Wire has more on what it calls the ‘nauseating interview’ for Dunham’s ‘new feminist propaganda outlet equipped with its very own terrifying online pro-abortion-gender-equality gift shop.'”

Dunham opened the nauseating interview by informing her “Lennys” that she would totally “punch” those “ignorant” pro-lifers who have the audacity to question the inhumane and law-breaking practices of Richards’ corporation “in the face.”

“Just a few months prior, Cecile’s epic testimony before a Congress intent on defunding Planned Parenthood was a study in intelligence and calm — I know I would have either fallen asleep or punched someone if I had come face to face with that much ignorance,” wrote Dunham.

That’s just how Dunham opened. Throughout the entire interview Dunham was unable to hold back her overwhelming worship of Richards; each question lobbed to the Planned Parenthood head was wrapped in a flattering remark.

Richards added that a friend told her to have the “rage of women through the centuries” center her during the hearing, an attitude she said  “felt really good.”

The two gushed about the “shocking” “amount of misogyny” displayed during the hearings and both agreed that they had great appreciation for female congressional representatives.

It’s not hard to say I have no desire to be ‘represented’ as a woman by either of those two. 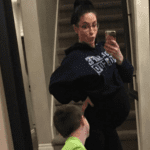 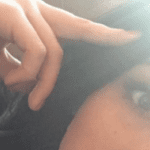