When a national atheist group targeted a small post office in Kansas for a “God Bless America” sign that has been hanging on the wall of the post office since 9/11, the community took matters into their own hands.  And I LOVE their response!

The post office took down the banner after receiving threats from the infamous Freedom From Religion Foundation.  But the Blaze reveals what happened next:

The [banner] removal made headlines, but it’s what happened next that’s been getting even more attention.

After the single sign was removed, frustrated residents decided to act, with more than 1,500 signs and banners popping up around town.

Jakes Fireworks, a local business, reportedly had the “God Bless America” signs printed up, and handed them out to locals. According to Twitchy, “Now residents of the town are saying you can’t drive a block without seeing a ‘God Bless America’ banner or American flag.”

Cars were literally lined around the block to pick up their God Bless America signs.

Way to go Jake’s Fireworks!  That is what real patriotism looks like.

With all the truly serious issues facing our world right now, it is mind-blowing to me that there is a group out there who is putting so much time and effort into attacking hard-working Americans who are praying for their country and asking God to bless us.  I am so perplexed as to how this could be an offensive message.

But I am so proud to know that in spite of the FFRF’s best efforts, there are so many Americans who are willing to stand up and proudly ask God to bless this great nation that has been a beacon of freedom for so many for so long. 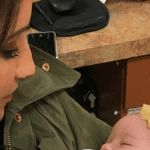 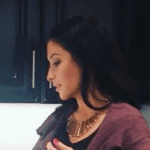 Politics Red
Check Out What These Strangers Did When A...
Bristol Palin
TRENDING AT PATHEOS Politics Red