Harmony Daws, a woman who cleaned houses for a living, was elected president of the Oregon Right to Life.  When she shared her news with her boss, she didn’t realize how that would affect her future. The Federalist reports more on her story:

Her boss became “cold and distant” for the next week and a half, ORTL said in a statement. She ultimately fired Daws, saying that being pro-life caused Daws to discriminate against other employees.

As an employee who herself hired and fired people for the company, Daws says she never made hiring or firing decisions based on an employee’s abortion beliefs.

Daws handled the issue with impressive grace and class in her statement published by OTRL:

Firing someone based on their religious or political beliefs is a civil rights violation. I’m a libertarian and I support my former employer’s right to hire and fire as she chooses. However, she could have asked for a resignation over our difference of beliefs. To have been mistreated as I was by being fired, after my exemplary record as an employee, was unconscionable. Regardless, had I known then what the price to accept the presidency would be, I would still have accepted the position. Fighty-eight million children have lost their lives since 1973. Losing a job in my stand for their right to life was a small price to pay.

This setback has only inspired her even further to start her own business — where she will be free live out her faith.  Despite the illegal actions of her employer, Daws demonstrated a beautiful, grace based faith. 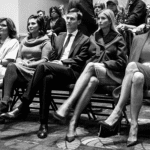 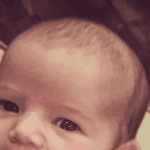