As if recent tragic events weren’t difficult enough to process, these events have become a political platform to, again, attack the right to own a gun.  I find it sad that another national tragedy has immediately been spun into something for political leverage. This was a disturbed individual, a terrorist, a Muslim extremist, who took the lives of those innocent people and injured and devastated countless others. This man intended to do harm and happened to choose a gun as the tool.

The idea that by disarming law abiding citizens, or further restricting their ability to own or obtain firearms, will make this country a safer place is absolutely ridiculous. People wanting to harm others will do so regardless of what restrictions you place on guns; they have many other tools available. What the government would be successful in doing is stripping law abiding citizens from being able to defend themselves. In the past twelve months alone there have been four incidents, using other methods, that have been categorized as terrorist attacks.  In 2014 the FBI released a report that showed a person would be 5 times more likely to be murdered by a knife than an assault rifle; the very rifle that is being discussed in the US Senate right now as the great evil that must be removed from society.  The Department of Homeland Security has acknowledged that the AR15 with a 30 round magazine is a suitable weapon for self-defense.  If an agency as large as the United States Department of Homeland Security has stated this, then why is this very thing constantly under attack by every level of government and seen as the reason for so many killings in America?

Biblically speaking it says “…But now, he who has a money bag, let him take it, and likewise a sack; and he who has no sword, let him sell his garment and buy one” (Luke 22:36).  Being that the modern day rifle is the equivalent to the sword at that time it easy to conclude what this verse is telling us. The bible also says “But if anyone does not provide for his own, and especially for those of his household, he has denied the faith and is worse than an unbeliever” (1 Tim 5:8) and it goes on to say within that protecting your family is part of providing for them. What God has stated, and what the Second Amendment was written to ensure, is that we have a duty maintain the ability to defend ourselves and those we love.

My hope is that our country and our government turn back to the problems at hand and not leverage tragedies to push other agendas.  Why not use a terror attack to further address terrorism within our borders?  Why not use another senseless and very public murder of a young up-and-coming star as a platform for addressing the problem of mental illness in this country?  There are real issues that have been ignored for far too long and personal agendas being pushed are the detriment of our country. 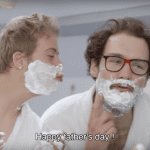 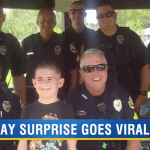 June 23, 2016 Police officers do something amazing when nobody RSVP'd to a little boy's birthday party
Browse Our Archives
Related posts from Bristol Palin