For whom will you vote for President, and why?

I intend to vote for Barack Obama for president because he has done and said many things that matter to me.  His commitments reflect mine, and his accomplishments have improved the lives of millions of Americans. 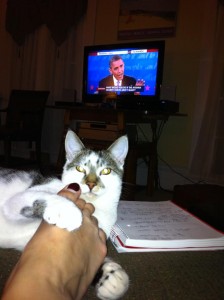 Ending the war in Iraq

Repeal of the Global Gag Rule

“I think same sex couples should be able to get married.”

“This is exactly why you don’t want a bunch of politicians, mostly male, making decisions about women’s health care decisions. … Women are capable of making these decisions in consultation with their partners, with their doctors, and for politicians to want to intrude in this stuff often times without any information is a huge problem.”

This, from his first inaugural address:

“For we know that our patchwork heritage is a strength, not a weakness.  We are a nation of Christians and Muslims, Jews and Hindus, and non-believers.  We are shaped by every language and culture, drawn from every end of this Earth; and because we have tasted the bitter swill of civil war and segregation, and emerged from that dark chapter stronger and more united, we cannot help but believe that the old hatreds shall someday pass; that the lines of tribe shall soon dissolve; that as the world grows smaller, our common humanity shall reveal itself; and that America must play its role in ushering in a new era of peace.” 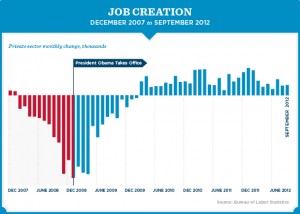 To what extent did your tradition shape your decision?

In my previous Patheos Election post, I noted that “as a Lutheran and as a feminist, poverty and economic inequality are key issues that I am considering this election because of their impact on women, families, and their communities.”  The list I provide here is just a snapshot of some of Obama’s accomplishments and commitments related to this, and just some of the reasons that I will proudly and happily vote for him again.

(If you want more reasons, and don’t mind the f-word, check out this site.)

Picture via Kittens for Obama (hq = my living room)

'The redeeming effects of the Christian...
slacktivist
Related posts from Caryn Riswold