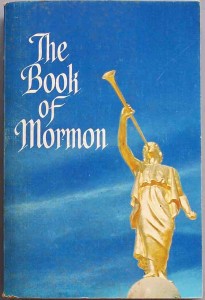 Does a candidate’s faith matter?

Judging from voters in recent years, and in the 2012 election cycle, the answer is yes, especially if you think it’s sufficiently different.

Last year, over at TheReligiousLeft.org, I was inspired by a question from a former student:

“So I was trying to remember what we talked about in class last year, is it a cult?”

This was the question that a student popped in my office to ask recently.  She’d overheard some chatter about the Republican presidential primary, and recalled that in my introductory class on Christianity we talked about Mormonism.  I’m not sure exactly what or who she had recently heard, but I am confident that the chatter was because of Pastor Robert Jeffress’ recent comments about Mitt Romney’s religion at the Values Voter Summit in October:  “That is a mainstream view, that Mormonism is a cult.”

Following that event, a slew of political and religious commentaries emerged offering their opinions on whether or not Mormons are Christians.  This included Albert Mohler, president of the Southern Baptist Convention, definitively proclaiming that Mormonism “is not orthodox Christianity in a new form or another branch of the Christian tradition.”

David French, writing at Patheos, has done a good job of deconstructing the many issues involved when some Christians declaim other Christians as not real Christians.  To be clear, the Church of Jesus Christ of Latter-day Saints clearly and definitively articulates its belief in salvation through faith in Jesus Christ:  “If we believe in Jesus Christ, follow His teachings, and repent when we commit sins, His Atonement, or sacrifice, can wash us clean of our sins and make us worthy to return to God’s presence.”

My response to the student in my office started with that fact:  Mormons consider themselves Christians.  As a teacher and scholar, I told her, I’m more interested in talking about who doesn’t, and why?

Mitt Romney’s religion has been a very interesting tool for “othering” him by those who don’t like him and don’t trust him.  We saw this more in the Republican primary than I think we are seeing it now in the general election, because those to whom it matters are the conservative evangelical Christians constituting the GOP base. 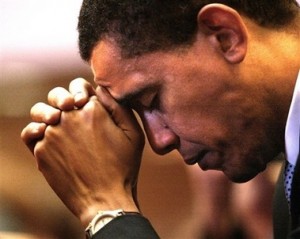 And, despite the fact that Barack Obama has spoken extensively about his Christian faith, about becoming a Christian by choice as an adult, his opponents have tried to cast his “otherness” as religious.  Here’s why I think they are doing it:  It’s not really acceptable to say that you don’t like him because he’s black, but if you invent the idea that he’s a secret Muslim, then you have reason to oppose him.

Here’s how I addressed the issue of Obama’s faith earlier on this blog:

The only self-avowed born-again Christian in this elite group of four.  Theologically, the most aligned with conservative Christian voters (many of whom don’t think that either Catholics or Mormons are Christians).  But Barack Obama is the one from whom those same voters flee in fear, calling him a Muslim as if the hint of such a thing can effectively discredit him.

Aaron Blake pointed out at The Washington Post a few weeks ago:

“President Obama’s “religion” may be just as much of a liability as Mitt Romney’s (actual) Mormon religion.

“According to a new poll from the Pew Forum on Religion and Public Life, more people are concerned about Obama’s religion (19 percent) than about Romney’s (13 percent).

“The reason?  The unbelievable number of Americans, now numbering 17 percent, who for some reason think the president is a Muslim.

“So while there has been a lot of consternation about whether Americans will be hesitant to vote for a Mormon like Romney, misinformation about Obama’s religion may matter just as much come November.”

As I was last year, as I was just a couple of months ago, I’m astonished that for some voters, an imaginary Muslim is still worse than a real Mormon.

It seems then, that a presidential candidate’s faith matters most when it’s “different” … a tool for othering him.

So much for our pluralistic democracy. 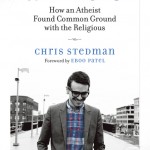 October 19, 2012 Honorable Mention: The Lilly Fellows Program
Recent Comments
0 | Leave a Comment
"They were all too aware of human perversions then and in the age before. Genesis ..."
Bob Shiloh How Gender Studies Transforms Religions
"I have Eve Wood-Langford's book in my personal library. I bought it because I was ..."
Walter Mattfeld The Most Interesting Chapter in the ..."
"You guys aren’t even close to Christians. You believe you’re better than Christ and can ..."
Kyle Racism, Sexism, & The Holiday Classics
"Even as a reverent agnostic, yet assuming a genuine divine revelation, I wonder how that ..."
John Gills How Gender Studies Transforms Religions
Browse Our Archives
get the latest from
Progressive Christian
Sign up for our newsletter
POPULAR AT PATHEOS Progressive Christian
1