Around Christmas, I shared some of the creative work that Jann Aldredge-Clanton has done with Christian hymns and inclusive, female-centered language and images for the divine.  I also want to share one in her series of profiles of remarkable faith leaders who are, in her words, “changing church.”  In her book of the same name, and now on her blog, she talks about why she chose to profile ordained leaders working to include the divine feminine as part of a broader struggle for justice and equality:

“I chose ordained ministers not because I believe they are more important to the church than laypeople, but because they have the most to lose in advocating for change within the institutional church. Ordained clergy depend upon the church for their livelihood.  So when clergy advocate for change, especially change that might not be popular, they take risks with their careers. As we see in these stories, clergy who work to change the institutional church risk sanction by denominational authorities, loss of opportunities for promotion to larger congregations or to prestigious denominational jobs, and often even loss of their jobs.”

A recent profile is of Rev. Alice Martin, Healing Priestess at Ebenezer/herchurch in San Francisco.  I first met Alice several years ago when I spoke at the Faith and Feminism conference at herchurch, and knew immediately that this was an amazing woman in the process of a powerful and creative transformation. 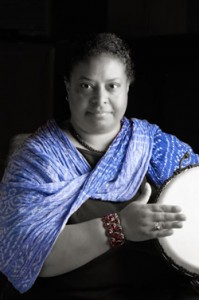 Some of her story:

Alice grew up in the Catholic Church until at the age of fourteen she “renounced Christianity.” She explains: “Because of the hypocritical nature of the church and its violent history, I grew despondent and wary of the preaching from the male clergy.” But she continued to find “the gospels of the New Testament inspiring.” The inclusivity, tolerance, and forgiveness she found in Jesus’ preaching and parables “resonated and spoke truth” to her. “As I got older, I remembered and admired those things about the Bible, while wanting nothing to do with a Christian church.”

Four years ago Alice started feeling drawn to images of Mother Mary. “I didn’t understand this as I felt I wasn’t a part of the Christian religion anymore, but as things in my life became rougher I felt a yearning for a Mother image,” she continues. “Most of the time, I would ignore this calling, but every once in a while I would pause by a statue of Mary or pay more attention to Goddess imagery and information that came my way. When things got worse for me, I would have mental image pictures pop up of the Mother holding me for comfort and healing.”

Alice describes her healing from an “emotional breakdown” through images of the Divine Feminine in her meditation and through finding Ebenezer/herchurch Lutheran. “Images of the Feminine Divine grew stronger, and finally I went to a Goddess Rosary at herchurch. When I walked into the sanctuary for the first time, I could immediately feel a presence of ‘mother’ energy that was warm, nurturing, compassionate and healing. Soon after that, I started attending herchurch on a regular basis and became an involved council member. Herchurch has been critical in providing me a place of worship of the Feminine Divine that still has a familiar structure of Christianity without the patriarchal baggage.”

The work that she does as part of ‘changing church’ now involves expanding language for and images of the divine:

Multicultural Feminine Divine names and images in worship also help everyone connect to the Divine, Rev. Martin continues. “I feel that a wider variety of divine symbols and names gives a greater access to people when the traditional names do not feel appropriate for them. Exposing people to a multitude of images gives them a choice and a way to connect to the Feminine Divine that feels appropriate for them. It also helps in bringing up a dialog of diversity and understanding of different cultures. It is part of the inclusiveness trait that is inherently connected to opening oneself to the Feminine Divine and validating the feminine energy that runs through each of us.” Including multicultural female divine imagery in church offers people expanded symbolism, giving “them a deeper understanding of the divinity within themselves and around them.”

For more of Alice’s story, and other profiles of faith leaders who truly are changing the church, head over to Jann’s blog. 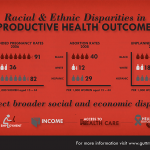 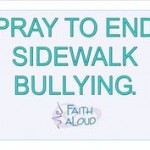 January 22, 2013 My Story: 'Growing Up With Roe'
Recent Comments
0 | Leave a Comment
"They were all too aware of human perversions then and in the age before. Genesis ..."
Bob Shiloh How Gender Studies Transforms Religions
"I have Eve Wood-Langford's book in my personal library. I bought it because I was ..."
Walter Mattfeld The Most Interesting Chapter in the ..."
"You guys aren’t even close to Christians. You believe you’re better than Christ and can ..."
Kyle Racism, Sexism, & The Holiday Classics
"Even as a reverent agnostic, yet assuming a genuine divine revelation, I wonder how that ..."
John Gills How Gender Studies Transforms Religions
Browse Our Archives
get the latest from
Progressive Christian
Sign up for our newsletter
POPULAR AT PATHEOS Progressive Christian
1

A spy in the house of...
slacktivist
Related posts from Caryn Riswold