My Story: ‘Growing Up With Roe’

I got there a little over a year ago.  And forty years ago today, on January 22, 1973, the Supreme Court decision in the Roe v. Wade case legalized abortion nationwide for women in the U.S.  On this anniversary of that landmark decision protecting a woman’s health and ability to make her own decisions, I share part of my story that RhRealityCheck published this week:

When I was a teenager, maybe 16 or 17 years old, my friend had an appointment with her eye doctor to have her eyes dilated. I drove and went with her to the appointment since she wouldn’t be able to see well afterward.

As we walked across the parking lot to the medical office building that sunny day, probably talking about where to eat lunch or go shop afterward, several adults came rushing toward us, thrusting pamphlets at us and shouting things that I don’t remember. One of them shoved her hand toward me and opened it to reveal a tiny plastic fetus. Another waved a color photograph of bloody dismembered fetuses in a garbage can. They peppered us with questions. It was confusing and caught us completely off guard.

I think we stammered something like, “we’re just going to the eye doctor …” and stumbled toward the medical building. We remembered then that this office building was the one in town where the doctor who performed abortions had his office. There was only one. This was South Dakota. And it was obviously protest day. We had heard about this, I think, but had never seen or experienced it.

At the time, we were just startled and perhaps a little upset. We tried to laugh it off. We really were there for the eye doctor. But of course what the protesters saw was two teenage girls heading in to the building where abortions were performed.

They clearly didn’t believe us.

They didn’t trust us.

They harassed and scared us.

This happened years before I formed meaningful political views and years before I came to understand myself as a feminist and progressive activist. But I still remember it vividly.

For the rest of the story and my reflection on it, head over to RhRealityCheck. 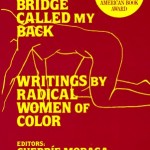 God Is Not a "He". The...
Thoughts of a Modern Celtic Wanderer
Related posts from Caryn Riswold