Are We Still Having This Conversation?

I keep collecting what I think I should call “whiplash stories.”

Here’s the most recent example. 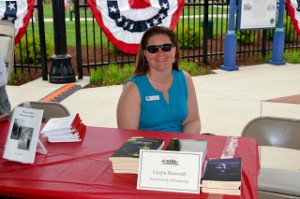 A couple of weeks ago I participated in my town’s third annual Downtown Celebration – kind of a Main Street festival, complete with live music, food and other vendors, pony rides for kids, and a pint-sized train circling the newly renovated downtown square.  I sat at a table as part of the “Authors & Artists” tent organized by our lovely little independent bookstore, Our Town Books, to sell and sign books.

An older man came up at one point, jabbed his finger at one of the three of my books, Feminism and Christianity, and said:

“What is this about?”

(ummm … is that somehow a misleading title?)

“Let me put it this way,” he started again, “what is your definition of Christianity?”

“Well,” I said, “in the book I define it as …” and I tried to share some of the basic definition for the religion that I use there.

“Well … how in the world can you think that’s compatible with modern feminism?” 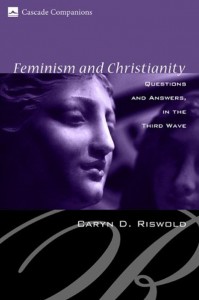 To be honest, I tried to listen to and answer some of his questions, but he had no interest in hearing what I had to say.  Darlene, a retired friend and fellow member of my local book group, also happened to be standing there at the time, and she did a much better job than I, trying to answer him.  He insisted that “the founding fathers weren’t stupid were they?” (I have no idea what that meant … something about women not voting) and reminded us that “Christ himself says that women are to learn in silence and full submission to men ….”  You can imagine how quickly we corrected him on that textually false point.

Then, Darlene replied, “well, Christ was a feminist you know …” and the old man nearly dropped his lunch right there.  I’m not so interested in that idea, incidentally, as you can read about here. But the look on that man’s face was priceless.

“Ma’am that’s the most absurd thing I’ve ever heard.”

Are we really still having this conversation?

He didn’t buy the book.

Then, not more than two hours later, I was at home on my back porch swing reading Twitter and discovering the hashtag conversation from the Women in Secularism Conference sponsored by the Center for Inquiry, #wiscfi.  It was clearly a fantastic gathering of feminist scholars, writers, and activists and I was enjoying live tweets from panel sessions.

“Jacoby: liberal religious wmn have adopted/adapted feminism, even tho feminism is anti-religion.” (@SarahPosner)

“A religious feminist is like a bacon-eating vegetarian.” (@mzdameanor)

Wait … are we really still having this conversation?

The author of the latter tweet insisted that she didn’t mean it as an insult, rather as “sarcastic social comment on cognitive dissonance” that apparently is required if one is going to claim to be both religious and feminist.

Her assumptions about what is and is not required to take both religion and feminism seriously are obviously quite different from mine.

Here’s a difference, though.  I joined in some of the #wiscfi chatter at that point, and had a brief exchange with one woman who followed me, and then tweeted me this:

“I have a feeling we’d disagree on a lot, but that can be interesting!”

“Yes! And a lot more fun than the cranky old man who tried to argue with me about feminism & Christianity this am at a book signing.”

“Ha! That sounds like an awfully low bar, though.”

So, I think she might actually read my book, even if she disagreed with every other word of it.  We could probably have a drink and a chat, which I’m just guessing wouldn’t happen with the cranky old man at the book signing.

Still, I sometimes can’t believe I’m still having these conversations.  But I am, and we are.  That’s why I started this blog, and that’s why I wrote that book, Feminism and Christianity, in the first place.  Five years ago I had similar stories of Christians rejecting my named use of feminism, and experiences of feminists rejecting any talk of particular religions and theological ideas.  I tell those stories in the book’s introduction.  Three years ago I had another pair of conversations via Twitter that I used as part of my article “Conversations and Intersections” in Sex, Gender, and Christianity.  At the end of that article, I wondered if in fact the opposed pairs of rejecters-of-me were strangely more alike than one would assume.

Or maybe it just feels that way if you’re their common target.

Here I stand … but I’m getting tired of standing, so I’m going to hang out on my back porch swing for a while now. 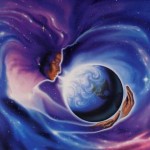