Heteropatriarchy With A Twist 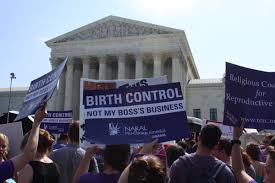 These are confusing times.

How can there be such swift and progressive action state by state (Utah!  Indiana!  Oklahoma!) toward equal marriage rights for gay and lesbian Americans at the same time as the shockingly regressive gender politics around contraception and women’s health care reaching all the way to the Supreme Court?

For those of us who have been advocating marriage equality alongside strengthening women’s access to safe and affordable health care – all of it – it doesn’t seem to make sense.  Gay marriage is okay now, but contraception isn’t?  Adam and Steve can joyfully march down the aisle but a woman using basic, scientifically proven, federally approved, preventative healthcare that has been legal since 1960 is a threat to your religious beliefs?

It doesn’t make sense until you consider what these things have in common:  protecting and enforcing a heteropatriarchal model of family. 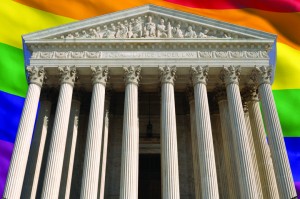 Plenty of activists have pointed out how the push for legalizing same sex marriage has made effective use of heteropatriachal tropes of marriage and family.  I’ve written a little bit about this before:

Think about who the ‘acceptable gays’ are in the media these days:  white couples with disposable income, wrapping themselves in the flag of the U.S.A. and claiming their rightful space in courts of law as well as religious communities.  We’re just like you! …

I know there are serious ways that campaigns for marriage equality are trading on tropes of racial, religious, and yes even hetero-normativity.  They end up using whiteness, monogamy, beauty myths, and even religion to claim legitimacy.  And in doing so, the campaign is reinscribing those norms.

These norms include the patriarchal family.  The one where men make decisions about when women reproduce.  The one where women’s access to public goods like education and healthcare is subject to veto by men.  The one celebrated in patriarchal religious texts and traditions.

The one that the recent Supreme Court action enshrines into law.

It’s heteropatriarchy with a twist of acceptable married-gays.

Andrea Smith wrote in a 2010 article in Tikkun that “heteropatriarchy is the building block of U.S. empire.”  Extending marriage rights supports this project.  Limiting access to contraception also expands empire’s reach.  Right into the doctor’s office and the pharmacist’s lab.

Don’t be fooled.  Anyone who argues that they aren’t limiting access to contraception … “I just don’t want to have to pay for it! …” doesn’t understand what access to contraception means.  It means that it is as available as tetanus shots and cholesterol tests and cancer screenings and annual physicals.  It means that women’s preventative healthcare is as available as men’s, regardless of a boss’s beliefs.

A certain model of family has long been the building block of U.S. empire.  It has justified all sorts of political actions like the ones cascading around us now.

So these confusing times aren’t really so confusing after all.

But for anyone advocating for reproductive and gender justice, they certainly are depressing. 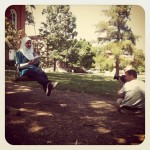 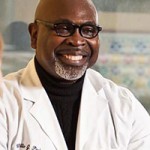 July 31, 2014 "Christians Get In Jacked-Up Situations, Too"
Recent Comments
0 | Leave a Comment
"They were all too aware of human perversions then and in the age before. Genesis ..."
Bob Shiloh How Gender Studies Transforms Religions
"I have Eve Wood-Langford's book in my personal library. I bought it because I was ..."
Walter Mattfeld The Most Interesting Chapter in the ..."
"You guys aren’t even close to Christians. You believe you’re better than Christ and can ..."
Kyle Racism, Sexism, & The Holiday Classics
"Even as a reverent agnostic, yet assuming a genuine divine revelation, I wonder how that ..."
John Gills How Gender Studies Transforms Religions
Browse Our Archives
get the latest from
Progressive Christian
Sign up for our newsletter
POPULAR AT PATHEOS Progressive Christian
1