“Christians Get In Jacked-Up Situations, Too”

“Christians Get In Jacked-Up Situations, Too” July 31, 2014 Caryn Riswold 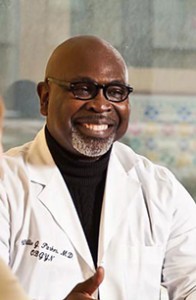 I had the distinct pleasure of meeting and hearing from Dr. Willie Parker as part of my involvement with the Faith and Reproductive Justice Leadership Institute at the Center for American Progress in Washington, D.C.  Dr. Parker is one of only two physicians providing abortion services in the state of Mississippi, travelling there on a regular basis to provide women with comprehensive healthcare.  He also advocates regularly for laws protecting women’s health in various statehouses and on Capitol Hill.

This month, Esquire Magazine has a lengthy profile of this man and his work, “abortion ministry.”  There are so many things that make John Richardson’s profile worth reading, including descriptions of Parker’s counseling sessions with women in small groups as well as individually.  I cheered reading how he handles sharing the state-mandated information that is scientifically inaccurate, for example:

“And the final thing I’m required to tell you is the thing that I object to the most as a scientist and as a doctor. I’m required by law to tell you that having an abortion increases your risk for breast cancer. There is no scientific or medical evidence that supports that. The people against abortion outside yell that at women all the time. But the overwhelming majority of the studies show that that’s not the case. Abortions actually protect your health.”

This is a great example of following the (bad) law while remaining faithful to the best scientific and medical information available.  Because the latter is ultimately more important, as Dr. Parker states, since it is what actually saves women’s lives and makes healthy families possible.

The most compelling part of the feature, to me, is when he addresses religious concerns that some of the women might be bringing into the session.

“The last thing I want to say is a lot of times when you come, there might be protesters. There are people that are going to be telling you that what you’re doing is wrong. It’s immoral. That you can’t be a Christian. That you’re going to hell. And a lot of women that bothers. Because there are women here who also have a religious belief, who also feel like they’re Christians.”

“I see women who are crying because they are Christians,” he continues, “and they are torn up by the fact that they don’t believe in abortion but they’re about to have one. What I tell them is that doesn’t make you a hypocrite. You can never say what you will do until you’re in the situation, and Christians get in jacked-up situations, too.”

“And I address this because if those people are getting inside your head and you’re feeling conflicted, if you are not comfortable with what you’re doing, you may be processing this far longer than you need to. There’s nothing immoral about taking care of your health. There’s nothing immoral about making the decision to not become a parent before you want to become one. There’s more than one way to understand religion and spirituality and God. I do have belief in God. That’s why I do this work. My belief in God tells me that the most important thing you can do for another human being is help them in their time of need.”

I urge you to head over to Esquire to read more about the women, the reality, and the doctor himself. 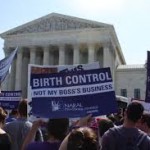