Today I’m in Atlanta for the American Academy of Religion annual meeting. When I was a graduate student first attending the gathering of 10,000-ish scholars in religion and biblical studies, the experience was a lot like a carnival. So much to see. So many rides to go on. Sightings of famous authors and receptions with free food and drink that were magical for a doctoral candidate in debt and in awe.

These days, I have a much better idea of how to navigate the maze of meetings and events. And, I get to focus much more on showing up to see the people and work that sustain me throughout the rest of the year. One year, not long after earning tenure, I attended exactly none of the official sessions, opting for a pre-meeting, lots of receptions, and lunches and dinners with friends and long-distance colleagues. This is the difference that job security makes.

This year, here are some of the things I’m looking forward to:

I’m presenting at the Friday gathering of Lutheran Women in Theological and Religious Studies, on “Being Lutheran and Coming Out Feminist on the Other Side of the Gutenberg Parenthesis.” (Session M20-4).

I’ll be making some comments at an informal session focused on the various Faculty Programs hosted by the Interfaith Youth Core on Sunday. (M22-204).

I’m excited to hear from colleagues Austra Reinis, Arnfridur Gudmundsdottir, Terra Rowe, and Mary (Joy) Philip who will be talking about “Women and the Reformation” in the Martin Luther and Global Lutheran Traditions Group. (Session A21-127).

I’m thrilled to celebrate the publications of books by friends Jennifer Hockenbery Dragseth, Thinking Woman: A Philosophical Approach to the Quandary of Gender, and Mary Beth Fraser Connolly, Women of Faith: The Chicago Sisters of Mercy and the Evolution of a Religious Community. They are both part of the Women’s Lounge Roundtable (A22-333).

I’ll be engaging conversations about Ferguson and Black Lives Matter via several sections and sessions and keynotes, including the Ethics Section (A-21-109), the plenary with Imani Perry, Cornel West, and Ruby Nell Sales (A21-145), and a wildcard session titled “God’s a White Racist: Ferguson, Black Death, and Racing Religion” (A22-103).

I’m always paying attention to sessions on pedagogy and teaching, this year including the session on “Teaching Sexuality and Religion.” (A21-316).

And then there are the receptions … the Wabash Center, Fortress Press, Religion Dispatches, IFYC and partners, and this year’s Templeton Prize Reception after the session on Jean Vanier and L’Arche.

Of course, I’ll be visiting my own books like Feminism and Christianity at the Wipf and Stock Publishers booth (2004/2005) and the newly released At This Time and In This Place: Vocation in Higher Education at the Oxford University Press booth (1401) as well as at the  and lunching with colleagues while spying out editors and publishers for conversation about my new book project.

You can follow me throughout this wild ride over the weekend @feminismxianity. 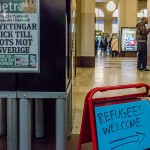 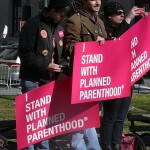