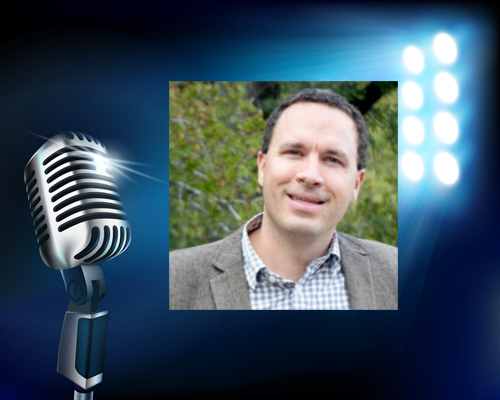 Devin Rose is a convert to Christianity from atheism. After spending some time as an Evangelical Protestant, he became convinced of the Catholic Church’s claims. He is a professional software developer by day and a lay apologist by night. He lives in central Texas with his wife and two children.

This week Devin and I discussed how to evangelize in a loving manner and his latest book Navigating the Tiber.

PETE: The prospect of debating with a Protestant can be stress full, nerve-wracking, disheartening…I could go on and on. How can your latest book “Navigating the Tiber: How to Help Your Friends and Family Journey Toward the Catholic Faith” help?

DEVIN ROSE: Yes, it can be! I have experienced all those feelings when arguing with Protestants. Part of the frustration and difficulty stems from having a different lens through which a Catholic and Protestant each see divine revelation. We have different assumptions, presuppositions, favored passages, and even definitions for the same word, all of which can make it hard to see eye-to-eye on topics.

My book helps by training you to steer the conversation to topics that are fruitful. It explains how Protestants define words and how they see things so that you can avoid talking past each other and really help them to analyze the root issue of authority that divides us.

PETE: Simple question…likely a complex answer. Why did you write this book?

DEVIN ROSE: I wrote it as a guidebook for Catholics to know how to lead their Protestant friends to the Church. I realized a few years ago that knowing Catholic doctrines was not in itself enough to help a Protestant fairly consider Catholicism.

Catholics needed to know which doctrines to focus on first, how to connect one topic to another, what their Protestant friends would be thinking when confronted with these arguments, and how to avoid unproductive topics. I wanted a book I could hand to my Catholic friend who loves the Church and knows some about Protestantism, but wasn’t yet prepared to effectively lead a Protestant friend into the Catholic Church. That is how this book was born.

PETE: I have been in conversations with non-Catholics where they get frankly, hostile, for lack of a better term. I’m pretty certain others have experienced this as well. What tips do you have for people when they find themselves in that situation?

DEVIN ROSE: You have to determine if this hostility is just situational, where a Protestant friend got frustrated or heated about something you said, or whether the hostility stems from a deep antagonism against Catholicism and Catholics. If you and the Protestant have a good friendship, then it should be strong enough to endure arguments and at time heated debate. You can each just have a cooling off period, perhaps agree to each read the same book and come back to discuss it in a week or a month.

If you don’t have a good friendship with the person, and their hostility is deeply ingrained, it is probably not worth continuing to dialogue with them. They will see you as an enemy of the Gospel who has to be attacked and defeated, hardly a fertile ground for objective analysis of the Catholic Church’s claims.

PETE: Are there certain topics that should be avoided at all costs?

DEVIN ROSE: Yes! I avoid topics that I have seen go nowhere: the Crusades, the Inquisition, the sexual abuse scandal, discussions on drinking alcohol or on Christian music. Note that it doesn’t mean that you shouldn’t ever discuss these—by all means talk about them if they are brought up—but use them as a segue into discussing issues of authority, the one that matter: the canon of Scripture (what books make up the Bible and how we know that), sola Scriptura, Apostolic Succession, and Tradition.

PETE: You and I have something in common. We are both converts (Class of 96 here) and these days we work at spreading the richness of the Catholic faith. Can you tell us a bit about your conversion and your journey to being an apologist at Catholic Answers?

DEVIN ROSE: I grew up secularly. I was an agnostic from an early age and became arrogant. But during college I developed a social anxiety disorder with panic attacks, and from that became clinically depressed. That brought me down to my knees, literally, and I asked God for help.

Amazingly to me at the time, God did help me! My anxieties lessened, and I started learning Christianity from Evangelical Protestant friends. Unsurprisingly, when I came to believe in Jesus I started going to my friends’ Southern Baptist church.

But my Catholic friend Gerardo kept peppering me with questions and challenges about my new-found Protestant beliefs. We talked about the saints, the Eucharist, baptism, and many other doctrines over the course of several months. A mutual friend gave me a Scott Hahn tape about his conversion story. Then I found Mark Shea’s By What Authority and slowly the lights came on in my head that Catholicism wasn’t the empty ritualistic religion that I had been taught it was.

After becoming Catholic, I was tired of all the arguing and just delved into the riches of the Faith for years: adoration, daily Mass, learning about the saints, volunteering to help those in need, teaching children the Faith. After I got married though, my wife encouraged me about writing blog posts regarding my journey to Catholicism. So I did that, and continued doing it for several years, and eventually a book came out of me that Catholic Answers liked!

DEVIN ROSE: Shane Kapler’s The Epistle to the Hebrews and the Seven Core Beliefs of Catholics, Fr. Donald Calloway’s The Champions of the Rosary, Patrick O’Brian’s Master and Commander (Aubrey/Maturin series)

August 29, 2016 Everything is under God's control, Angels: Day 039
Recent Comments
0 | Leave a Comment
Browse Our Archives
get the latest from
Catholic
Sign up for our newsletter
POPULAR AT PATHEOS Catholic
1 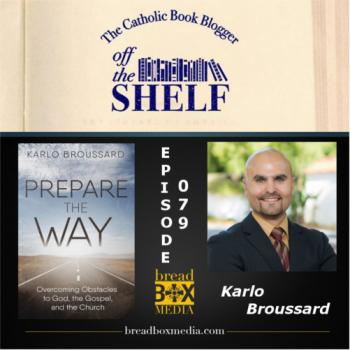 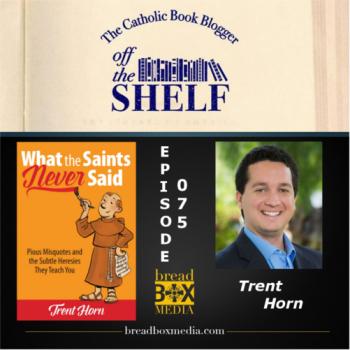 Catholic
Trent Horn on Off the Shelf 075 -...
The Catholic Book Blogger 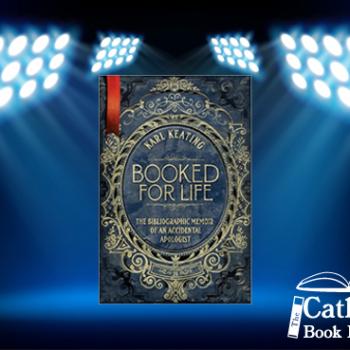 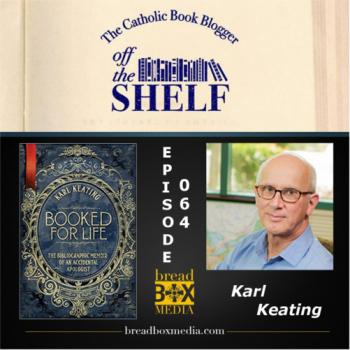 Catholic
Off the Shelf 064 with Karl Keating -...
The Catholic Book Blogger
TRENDING AT PATHEOS Catholic

A Season for Purifying Our Notions of God
The Old Testament promises of salvation for those who admit their guilt...
view all Catholic blogs
What Are Your Thoughts?leave a comment
Copyright 2008-2020, Patheos. All rights reserved.