This post is part of a weekly series focused on the National Geographic Channel’s documentary miniseries “The Story of God with Morgan Freeman.” I’ll be tackling the topics of that series from a Christian perspective over the next weeks, posting on Tuesdays. This post is based on the next episode, “Creation,” which will air on 4/24 at 9 p.m.

Growing up in a conservative Baptist church, I was taught that evolutionists were only slightly better than satanists. Scientists who subscribed to the theory of evolution were focused on destroying Christianity and were part of the public school system’s war on God.

My church held to a literal interpretation of Genesis 1, which stated that God made the Earth in six days before resting on the seventh. The church I attended, like many others, believed that while scientists claimed the planet was billions of years old, it was actually only a few thousand, and that men and dinosaurs walked the Earth together. The only acceptable Big Bang was to believe that “God spoke and ‘bang’ it happened.” I might have even had a T-shirt with that slogan on it.

I never questioned this belief. If the Bible said it and it was good enough for my pastor and parents, then it was good enough for me. When my high school science teachers quizzed us on the origins of the universe, I happily wrote down the “incorrect” answer. I devoured books on apologetics, which taught that everything we needed to know about our origins was verifiable through the Bible. I was taught to be strong and argue against the people trying to pry me away from my faith through science.

And then I went to college.

It wasn’t science, but a freshman philosophy college course that first made me question my foundations. I wasn’t ever asked to write “God’s Not Dead” down — Kierkegaard was taught right alongside with Nietzsche —  but for the first time, I heard an authority figure say it was okay to question things I had been taught were indisputable facts.

In science, professors didn’t really teach evolution so much as assume that we all accepted it as a worldview. I was never ridiculed for my faith, but I was exposed to beliefs that were different than mine. I realized that my professors and non-Christian friends weren’t out to destroy what I believed in; they were nice, smart people. And as I watched the youth group crowd I grew with leave the faith one by one, questions entered my mind.

I wondered why we still stringently believed in Young Earth Creation when we happily accepted scientific evidence in other areas. After all, Christians once believed that it was heresy to suggest that the Earth revolved around the sun, so there was precedence for adjusting our theology to reconcile scientific evidence. I struggled with the realization that the apologetics books I read used the Bible to confirm biblical arguments, which led to circular reasoning (“How do we know the Bible’s true? Because the Bible says it’s true”). They were also biased, written for and by Christians to back up Christian views.

But even if it provided some answers, evolution also came up short. No matter how far back the evidence stretched, there was always one more question of origin; if you accepted the Big Bang theory, you had to ask where those elements came from. If survival of the fittest is how species evolved, how do you explain human values like sacrifice and selflessness? Simply doing away with God may have been an easy answer, but it didn’t erase the philosophical searching and the certainty that life isn’t random and meaningless.

The harder I studied, the more stymied I became. On one hand, Christians who reinforced a literal approach to Genesis 1 ignored evidence that the majority of scientists — including many Christians — accepted as fact. But if I accepted a random evolution for the origin of our universe, my soul continued to be restless. Aside from some Old Testament writings, I found that the Christian teachings made the most sense and seemed to best describe the human dilemma. I was fine reading the Bible as a book of answers to my soul; I had a harder time reading it as a science book.

A few years back, a friend said something that helped me gain a great deal of clarity and peace. I’m sure they were far from the first person to ever say this, but their words resonated with me and helped me realize I didn’t have to pit my faith against science:

Evolution can explain ‘how.’ But we need religion to help us understand ‘why.’

I’m typing on eggshells, because I’m about to make some statements that many of my closest friends and family members aren’t aware that I believe. And I preface it by saying that I know the discussion of evolution/creation is sensitive. I don’t want to offend people or make them think that they need to change their beliefs on the origins of the universe. It’s simply where I’ve arrived after years of reading, wrestling and praying.

However, I don’t believe that evolution was random, nor do I believe that God simply got the Big Bang going and let things unfold on their own. I believe God guided the evolutionary process, and that there was some special intervention when it came to the creation of man, some spark that God imparted to create us in his image. Some say that it lessens God to imply that he had to take billions of years to let this all play out. I disagree; I think it’s much more amazing to think about the master craftsman patiently taking billions of years to sculpt creation and bring us around at just the right time. Basically, when asked if I believe in creation or evolution, I say “yes.” As Tim Keller writes in “The Reason for God”:

Evolutionary science assumes that more complex life-forms evolved from less complex life forms through a process of natural selection. Many Christians believe that God brought about life this way. For example, the Catholic church, the largest church in the word, has made official pronouncements supporting evolution as being compatible with Christian belief. However, Christians may believe in evolution as a process without believing in “philosophical naturalism” — the view that everything has a natural cause and that organic life is solely the product of random forces guided by no one. When evolution is turned into an All-encompassing Theory explaining absolutely everything we believe, feel, and do as the product of natural selection, then we are not in the arena of science, but of philosophy. Evolution as an All-encompassing Theory has insurmountable difficulties as a worldview.

I believe God gave us science to learn more about himself and to make this world a better place. Without it, we wouldn’t have the advancements in medicine to heal diseases and stay healthy. We wouldn’t know about the intricate processes that sustain this planet and help keep it beautiful. Studying the complexity of nature reveals so much about God. He not only can create a universe, but he can also ensure that it keeps moving and thriving. As Michael Gungor said in a podcast I highly recommend to anyone wrestling with these questions, God’s an artist who lets us look at his paintbrush. Being awed by the complexity of the world not only confirms his existence to me but also makes him more worthy of worship. And we can’t throw out science just because it threatens our beliefs.

But I also believe God is sovereign and all-powerful. If he wanted to make the Earth in six days and give it the appearance of age, I believe he can. While I don’t know why he’d want to play a cosmic practical joke on us, if I died and discovered that I was wrong, I’d be okay with that. I don’t know that we’re meant to totally understand how the Earth was created. I can look where the evidence appears to lead, reconcile it with the answers that the Bible provides and come up with what I think is the best answer. But I’m done getting hung up on it. I think all the debate between creationists and evolutionists obscures the deeper, more important issues of scripture.

One of the hardest things to admit is “I don’t know.” But that’s where I stand on the creation/evolution question. I don’t know. I have my beliefs, which I’ve just told you, and I’m happy to rest on those and move on. And if I’m wrong, I’m happy for God to prove me wrong. I don’t think God much cares whether we think he created the Earth in six days or if he took billions of years to craft it. I think all he cares about is we acknowledge his role.

Previous entries in the “Story of God” series: 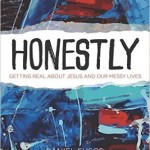 April 14, 2016
'Honestly': An introduction to life's messiness
Next Post 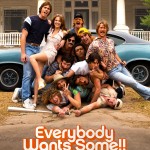