Why I don’t expect a miracle

Patheos Explore the world's faith through different perspectives on religion and spirituality! Patheos has the views of the prevalent religions and spiritualities of the world.
This post is part of a weekly series focused on the National Geographic Channel’s documentary miniseries “The Story of God with Morgan Freeman.” This post is based on the final episode, “Miracles,” which will air on 5/8 at 9 p.m.

I have a hard time with the supernatural.

My wife doesn’t. One of the things I adore about her is her openness to the spiritual, and her belief that there are things we don’t understand that sometimes manifest themselves in our world. She takes issues of spiritual warfare and demonic presences seriously; I respond with an “Exorcist” joke. She has several friends who speak in tongues; I write it off as incoherent babbling. She sees unexpected answers to prayer as miracles; I’m tempted to call them coincidences.

As with so many things I’m addressing in this series, I think my hangups come from the subset of evangelicalism I grew up in. Although we believed in God, the resurrection and Heaven, I grew up taught that, for the most part, God worked more quietly in modern times. Jesus had used miracles to validate himself, and the apostles performed them in the early days of the Church to demonstrate the authority behind their teaching. Paul wrote in 1 Cor. 13 that tongues would cease, and if you studied scripture, you found that the record of miracles lessens as time goes on; as the gospel spread, it was authenticated in hearts, with no need for overt supernatural intervention. So, my Sunday School teachers said, God didn’t use miracles anymore, unless you counted the Holy Spirit working in our hearts. Had someone claimed to have been miraculously healed, they would have likely been asked to have a long talk with the elders. Had they started speaking in tongues, we would have called an exorcist (I’m just kidding; we didn’t believe in exorcists).

There were reasons for it. Partly, I think it was a way to make sure people knew we were absolutely not Catholic or Charismatic, which the strict denomination of Baptist I grew up in thought were pretty much on par with snake handlers. But I also think it was an overreaction to congregations that taught that speaking in tongues was evidence of belief, or that if you prayed for healing, God was obliged to provide it. I think in pushing back against those unbiblical teachings, the baby got thrown out with the bath water.

It’s only been since meeting my wife, who grew up Methodist, that I’ve started to question my entrenched skepticism. After all, I believe a lot of things that people think don’t make sense. I believe in a God who exists outside of space and time. I believe he came to Earth, lived as a man, died, rose again and ascended into Heaven. I believe that, somehow, that death cancels out the bad things I’ve done and puts me into a right relationship with God. And I believe that if I talk to this God, he hears me and answers my prayer. So why do I get cynical when anyone suggests that sometimes he intervenes in our world?

Part of it, as I said, was my upbringing. When you grow up in a culture that downplays miracles, you probably won’t see many. I occasionally heard friends talk about answers to prayer that could only be supernatural, but I had no context for understanding it in my own life. To me, it was as credible as if I’d seen it in a movie. And if they came to me talking about their supernatural experiences, I just responded that the Bible trumped their experiences — assuming, of course, that my reading of scripture and my doctrinal understanding were the correct ones; totally discounting their own deeply held spiritual beliefs; and not realizing I was simply letting my lack of experience trump theirs. I was a peach.

I don’t want to downplay the importance of good doctrine in a Christian’s life. It’s vital to building discernment as we grow in faith, ask questions and become more like Christ. But it should always act as a guardrail to keep us on the road, not a box that we build to contain God. When we do that, we’re more than likely just trying to control him. And that never turns out well. We have to allow God to be bigger than our understanding and more complex than our rules.

The truth is, while 1 Cor. 13 says that tongues will cease, it never says that they have. And while miracles did become fewer in number in the scriptural narrative, there’s no indication that they necessarily stopped. Who am I to say that God doesn’t provide miraculous healing? Who am I to say that my understanding of scripture is more valid than that of another believer who’s read the same words? Isn’t it presumptive to say “God doesn’t work that way” anymore and assume that he’s just sitting in Heaven with his arms folded, never deigning to intervene? We believe that he can orchestrate the rise and fall of nations. We believe he’s intimate enough to change our hearts and prompt us to worship and prayer. Why do we believe he can’t — or won’t — enter our reality to change things if so desires?

If I believe that there’s a God, and I believe he’s come to Earth, died and raised himself to life, then there’s no reason to believe that there are no miraculous, supernatural happenings. He’s God; he can do whatever we want. Scripture tells us that he loves to answer the prayers of his children. Why don’t I believe that he sometimes bends the rules of nature to do just that?

The answer to that lies less in my upbringing and deeper in myself. I’m a skeptic about many things; faith doesn’t come easy. To paraphrase one of my old journalism instructors: if my mother says she loves me, I’m going to ask for a second opinion. And the truth is, I’ve never spoken in tongues or been around anyone who does. I’ve never seen a paralyzed man get up and walk, a blind man suddenly see, or a mute man break out in song — at least without medical assistance. Many things people classify as miracles or supernatural intervention are either impossible or can easily be explained through science. It’s easy for me to believe God works; I just tend to believe he works through people, through changed hearts and natural means.

I can’t explain why I was offered a job that I had previously been turned down for — without re-interviewing — on the same day my car died and left me with $2,500 in bills and $200 in the bank seven years ago. I don’t have a reason for what happened when I drove to the hospital at 3 a.m. last year to join my family in saying goodbye to our grandfather, and 24 hours later were told everything was going to be fine. I can’t explain why people speak in tongues, but neither can I deny the realness of their experience. I have seen people whose cancer has disappeared without an explanation. I’ve had the exact amount of money I need show up without any prompting.  I’ve heard stories of missionaries speaking fluently in languages they don’t know.

Are these all miracles? Are some of them coincidence or good science? Perhaps. But I’d still argue that God is working through those people to bring about those changes. Which is its own kind of miracle when you stop and contemplate it.

As for the rest, are they impossible? Sure. But isn’t a miracle, by definition, impossible? No one claims a miracle is natural. Who are we to say God doesn’t sometimes break the natural laws he created to work his will? If we believe in an all-powerful, sovereign god, we have to believe that he can do this. And if we believe in a good God, then we have to believe that sometimes he might be willing to.

But not often. I don’t think we’re ever commanded to expect a miracle. God isn’t obliged to heal us. Sometimes his answer to prayer is grace and peace in the midst of suffering. The vast majority of times, we’re subject to the natural order he created. People still get sick and die. God’s intervention is to provide grace, mercy and peace at those times. But sometimes, for his own reasons, he chooses to reach in and bend the rules of nature. And our sense of awe comes from the combined power of seeing something so rare and so impossible happen before our eyes. Christians don’t live demanding a miracle, avoiding medical attention or eschewing practical advice. But we live with one eye cast heavenward, knowing that if God wants, he can work wonders.

My attitude on miracles is shifting. I don’t demand them. I don’t expect them. But I will happily welcome them.

This is the final post related to Nat Geo’s “The Story of God.” I’ve had a great time writing these, and it’s been a time of great spiritual searching and discovery for me. For the next few weeks, I’m going to try and return to writing about faith through the eyes of film and pop culture. But in the coming weeks or months, I am going to find a way to regularly work spiritual posts into my lineup. I feel it’s beneficial, even if just for me.

Previous posts in the “Story of God” series:

We loved “Breaking Bad” because we are badly broken 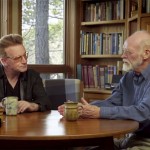 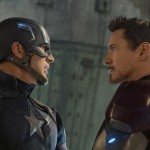