Next month, visitors to the Venice Film Festival will have the opportunity to view the life of Christ like never before: in 360 degree virtual reality, just as God intended.

“Jesus VR” is a virtual reality film depicting the life, death and resurrection of Jesus in 360°, crystal-clear video and sound. The 90-minute film will be available just in time for Christmas — for those wealthy enough to own a VR system — but a 40-minute clip will be available to film festival audiences in September. The film was shot in many of the same areas as “The Passion of the Christ,” and by some of the same crew members.

Jesus VR – The Story of Christ goes 2,000 years back in time to witness the story of Jesus Christ from birth to resurrection. The film, whose producers promise a “you-are-there experience,” includes such events as Jesus’ baptism, the Sermon on the Mount, the Last Supper and the crucifixion.

Shot in Matera, Italy — also a location for The Passion — and in 4K 360° with an all-Italian crew, Jesus VR is directed and produced by David Hansen with his partner Johnny Mac through Autumn VR and VRWerx’s Alex Barder and Russell Naftal. Hansen and Mac’s Autumn financed the film; recent credits include Sundance 2016 entry Lovesong.

VR has been making its way into some major festivals and this is a big year for Venice which is incorporating six VR projects into its four-year-old film market, Venice Production Bridge. There’s also a new VR Theatre on the Lido where the 40-minute cut of Jesus VR will be available to festgoers from September 1-4.

I must be out of the zeitgeist, because when I asked my wife “who would pay to see this,” she replied “A lot of people.” And she’s right. Despite the bad box office for Christian films recently, there’s always an audience for depictions of the biblical stories — so long as they stick to the script. There’s a reason why “The Passion of the Christ” made nearly $400 million at the box office (although, as I’ll get to, I think it’s actually a poor model for authenticity), while Darren Aronofsky’s “Noah” barely squeaked past $100 million.

Many Christians place a high premium on the idea of seeing Bible stories as they “actually” happened. The big hook of “The Passion” was that it didn’t downplay the violence of Christ’s suffering; it was also told in Latin and Aramaic, adding to its air of authenticity. People wanted to see the Gospel story away from the sanitized stages of churches; they wanted to see what it was “really” like. And while I have issues with the film, I can’t deny that there is an overall power to it that still moves me.

Authenticity is also what drives people to Kentucky to see the Ark Encounter, Ken Ham’s latest addition to the Creation Museum. The $102 million project allows visitors to walk through an ark built to biblical specifications and, through the help of massive models and state-of-the-art animatronics, view a literal interpretation of the Noah story — complete with dinosaurs. The project is aimed at biblical literalists who hold to a Young Earth method of creation, and it’s been a popular draw since opening in July.

On one hand, I understand the appeal of an authentic, detailed re-creation of the biblical stories. For Christians, these tales are part of our history, and they hold profound truths for us. As someone who devoted last Lent to looking back at movies about Jesus, I understand the power of seeing these stories told with artistry, heart and passion. As a fan of spectacle, I kind of dig the idea of someone actually trying to rebuild the ark to biblical scale. It’s the same reason we love war epics and historical dramas.

But I think there’s a fine line between dramatizing biblical stories and fetishizing literalness, and I think it’s part of the reason why these projects hold a disconnect for me.

I worry that many of our attempts to accurately re-stage and re-create these stories are desires to win people over by convincing them of their validity. There’s a section of American Christianity that feels drawn to being right, proving it instead of letting faith do its work. And there are some issues with that.

For one, I don’t know that that’s the case with Noah’s Ark. I’ve written before about my discomfort with the idea of the Young Earth theology espoused by Ham and the Creation Museum. I struggle with what to believe about the first 11 chapters of Genesis. Many people believe that those early chapters of the book were never meant to be taken literally, but have a mythic, poetic quality about them. I’ll be candid and admit that I don’t know where I land in that debate; I lean toward evolutionary creation regarding the origins of the universe, but I’m kind of in an “I don’t know” phase about the rest. If it all happened as the Bible says, great. If it didn’t, I don’t feel like that derails the rest of Scripture. But that disagreement means that re-creating what “really” happened is already fraught with tension about how to portray it. And, indeed, the question of literalism is also put into question with the Ark Encounter, which uses many extra-biblical theories to depict how life on the ark worked.

I’ve heard it said before that literalness is the shallowest way to approach many biblical texts, and I worry that in our desire to re-create what “really” happened on the ark, we lose the deeper truths of the story. Myth, in our culture, has come to mean “fiction,” but the traditional idea is that myths are stories that, while fictional or embellished, hold deep truths that cultures believe are worth holding on to. And it doesn’t make sense to me to spend millions of dollars building animatronic animals and a giant boat and then try to wedge in the deeper truths of the story in 15 minutes at the end. The Noah tale, whether it literally happened or not, says a great deal about judgement, grace, restoration and covenant. But focusing on “how could the ark fit all the animals” seems to lose the deeper, more challenging things. One of the aspects that I greatly enjoyed about the “Noah” movie was that it steered into the more troubling aspects of the story — namely that this story we often treat as a children’s tale is, at heart, one of genocide and mass destruction. By turning it into spectacle, we lose the intimacy. But turning it into entertainment, we lose the aspects that should trouble us. By trying to imagine what really happened, we lose focus of what’s going on in our own souls as we respond to the story.

That’s an even bigger concern when it comes to the life of Christ’s life, death and resurrection (which I do believe happened; the whole discussion about biblical genre and style is for another day).

Jesus was the most important person who ever lived; his impact on the world was greater than that of any human. Even atheists believe this. So I understand why there’s so much interest in dramatizing his life and death. But there’s so much more to those events, so much context to them, that I worry that the more we try to make it authentic, the more richness we lose. 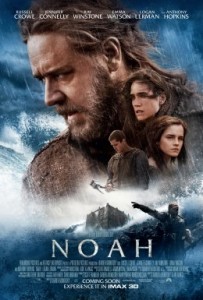 Many praise Gibson’s film because it pulls no punches. And sure, the violence is horrific. But I’d argue that Gibson’s film isn’t to be praised for its realism. The violence is exaggerated, and much of the film’s emotion comes from the way Gibson leans not into authenticity but into cinematic tropes. He plays with shadow and darkness like a horror movie, particularly in the opening sequence. He uses slow motion and he famously composed his scenes to match Catholic art. So much of the attention was on the realism of the film’s violence and the use of dead languages. But the moments where the film works best are when Gibson leans into his skills as a director and manipulates our emotion, bringing in an overwrought style to create the feeling that the stakes are extremely high.

As I think back to my Lent project, where I looked at films about the life of Christ, I find that I was affected most by the films that tended to diverge from the text the most. Sure, “The Gospel According to St. Matthew” is great, and easily one of the most faithful adaptations we have. But it just caused me to look at the film, nod approvingly, and then move on. There might be a lot of disagreements people — including myself — have with “The Last Temptation of Christ,” but it caused me to wrestle with Christ’s dual nature in ways that even profound sermons haven’t. “Jesus Christ Superstar” prompted me to consider people’s reactions to Jesus and what they wanted from him — what I want from him — more than a good book did. I’m not the biggest fan of “Godspell,” but it does capture the joy of new conversion that the early church had better than most any movie I’ve seen.

The thing about art is that it allows us to embellish, abstract and grasp at intangibles. And its there that we find the deepest truths of the Bible stories. Sure, Jesus VR might be able to put us right in the middle of Christ’s life and give us a front-row seat to his suffering. But can it really capture the anguish he felt when he was separated from the father on the cross? Can just saying “what happened” impress on us the reality of sin, the curse of a broken world and the hope of the gospel? Re-creation — no matter how accurate — just leads to factual proof-checking. I don’t know that art can ever purely capture the deepest truths of Scripture, but it does allow us to symbolize, stretch and reach for it in ways that note-for-note adaptation doesn’t. And its those deeper truths that are revealed that will cause people to embrace the story, not a question of its validity (faith often asks us to believe in things that we can’t comprehend as valid).

I worry that our quest for re-creation and authenticity turns the biblical stories into entertainment and spectacle. But the crucifixion is not entertainment. The mass death of the flood is not spectacle. There are profound truths in each of these, and while I applaud art that attempts to wrestle with them and challenge us, our demand for fidelity and faithfulness too often robs them of the ability to hit us below the surface. I’d much rather let my soul be probed by discussing Christ in the Bible or seeing an inaccurate, but earnest, wrestling with the text on screen than to put on a pair of glasses and see a staid and detailed but ultimately unchallenging story plaid out before my eyes. 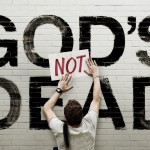 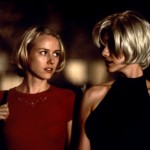