7 Bible Verses About Killing Or Murder

Here are seven Bible verses that address murder or killing.

There is a vast deal of difference between murder and killing. For one thing, we can’t allow criminals to run loose without the police protection and police have a right to defend themselves and shoot in order to kill, in necessary, so that they might not be killed. If a police officer is defending himself or herself, then they can certainly shoot back. If they have too, they may have to kill the person so that they criminal doesn’t kill them or someone else. That is not murder; that is self-defense and protecting society.

Leviticus 24:17 “Whoever takes a human life shall surely be put to death.”

This is clear evidence that God teaches the death penalty. Life is sacred, therefore God gave a warning to Israel (and us via the Ten Commandments) about killing someone and that they could expect their life to be taken if they take the life of another. God, as the Author of Life (Acts 3:15) gives life and no one has the right to take it unless they are murdering others in society.

God can see into the heart and knows that this is where all evils of mankind begin. They are conceived in the mind through temptation, or desires (or lusts), and then “desire when it has conceived gives birth to sin, and sin when it is fully grown brings forth death” (James 1:15). This is why Jesus says that hating someone is the same thing as murder. No, hating as to desire to murder someone is not as evil as the actual act itself but that’s where hatred enough to kill begins. God sees hatred against another as murdering that person in their heart because if they could get away with it at the moment, they quite possibly would.

First John 3:12 “We should not be like Cain, who was of the evil one and murdered his brother. And why did he murder him? Because his own deeds were evil and his brother’s righteous.”

There are millions of “Cain’s” out there today but there is one more specific in the case of abortion where there is murder of an innocent human life. We pass legislation to protect endangered species, and that’s good, but we have customarily murdered nearly 60 million babies since Roe v Wade. God doesn’t see life beginning at birth but at conception. He told Jeremiah, “Before I formed you in the womb I knew you, and before you were born I consecrated you; I appointed you a prophet to the nations” (Jer 1:5). He could have said “After you were born I knew you” but God places personhood at conception and not at birth.

First John 3:15 “Everyone who hates his brother is a murderer, and you know that no murderer has eternal life abiding in him.”

The Apostle John is saying exactly what Jesus told him several years before and that is whoever hates another person “is a murderer.” John obviously wasn’t talking about the physical act because hate is an inward attitude to do someone great harm outwardly. A person that is hateful obviously doesn’t have the Spirit of God and without the Spirit of God, they are not God’s child and all unrepentant murderers have no “eternal life abiding in” them (Rev 21:8).

Romans 12:19 “Beloved, never avenge yourselves, but leave it to the wrath of God, for it is written, “Vengeance is mine, I will repay, says the Lord.”

Romans 13:2 says “whoever resists the authorities resists what God has appointed, and those who resist will incur judgment” and “God’s servant for your good. But if you do wrong, be afraid, for he does not bear the sword in vain. For he is the servant of God, an avenger who carries out God’s wrath on the wrongdoer” (Rom 13:4). This is why Paul had written earlier to “leave it to the wrath of God” and don’t the law into your own hands. We must “leave it to God” as He “will repay.” Everyone will have to give an account in this life for what they’ve done while here on earth.

Matthew 26:52 “Then Jesus said to him, “Put your sword back into its place. For all who take the sword will perish by the sword.”

Those who live a “life or death” sort of lifestyle, like criminals who use violence to acquire what someone else has, will in time, die by their own lifestyle. If someone’s constantly using a gun in violent acts consistently, they can possibly die from someone who thinks just like they do. Flashing a gun around leads to trouble, even accidental shootings.

These days are very much like the days of Noah where “the wickedness of man was great in the earth, and that every intention of the thoughts of his heart was only evil continually” (Gen 6:5). It seems that this is what many people have as a mission in life. What is the next evil thing that they can think of? How much worse will it be before Christ’s return? Jesus said “because lawlessness will be increased, the love of many will grow cold” (Matt 24:12), “For people will be lovers of self, lovers of money, proud, arrogant, abusive, disobedient to their parents, ungrateful, unholy, heartless, unappeasable, slanderous, without self-control, brutal, not loving good, treacherous, reckless, swollen with conceit, lovers of pleasure rather than lovers of God” (2nd Tim 3:2-4). Christians can take heart though, since “he rescued righteous Lot, greatly distressed by the sensual conduct of the wicked” (2nd Pet 2:7,) “the Lord knows how to rescue the godly from trials, and to keep the unrighteous under punishment until the day of judgment, and especially those who indulge in the lust of defiling passion and despise authority” (2nd Pet 2:9-10a). 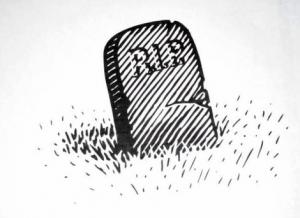 Evangelical
Why Does Jesus Say “Blessed Are Those Who...
Christian Crier