The Exodus And Christian Conversion

How is the Exodus from Egypt like a Christian’s conversion? Are there similarities?

When God heard the cries of His people under their harsh bondage to the Egyptians, God told Moses that He was going to free His people. After a series of plagues, and Pharaoh’s persistent refusal to free the Israelites, God promised that every firstborn, both man and beast would die. Only the firstborn of those who would take a spotless lamb’s blood and apply it to their doorposts would live. We read of this account where it says, “The LORD said to Moses and Aaron in the land of Egypt…that on the tenth day of this month every man shall take a lamb according to their fathers’ houses, a lamb for a household” (Ex 12:1, 3), but it was critical that “Your lamb shall be without blemish, a male a year old. You may take it from the sheep or from the goats” (Ex 12:6). Naturally, the reference to a lamb without spot or blemish foreshadows Jesus Christ by whom we were ransomed (1 Pet 1:18), so it was only “with the precious blood of Christ, like that of a lamb without blemish or spot” (1 Pet 1:19).

It’s not that the Egyptians themselves represented sin, but some have seen the Israelites coming out of Egypt as symbolic for the Christian coming out of sin. Jesus said “everyone who practices sin is a slave to sin” (John 8:34). The Apostle Paul asked, “Do you not know that if you present yourselves to anyone as obedient slaves, you are slaves of the one whom you obey, either of sin, which leads to death, or of obedience, which leads to righteousness” (Rom 6:16), so whoever is held captive by sin is under the bondage of sin. The only way the Israelite’s firstborn could survive was to “take some of the blood and put it on the two doorposts and the lintel of the houses in which they eat it” (Ex 12:7), so essentially, that lamb’s blood on the door posts was a public profession of faith in God. It gave them the assurance that God would pass over that house, meaning they would avoid God’s judgment, so the Lord will pass over those with the blood publically displayed. God will not pass through but pass over them, but He will not pass over, but pass through those who reject the blood of Christ, and that lamb’s blood looked ahead to the substitutionary death of Christ on the cross. Whoever had the lamb’s blood would live, and God’s judgment would pass over them. Today, whoever trusts in Christ will cause God’s wrath to pass over them. “Whoever” applied the blood in Egypt would not die, and that is very much like an invitation to come to Christ and be saved, because “whoever believes in him should not perish but have eternal life” (John 3:16b).

The Passover comes from the simple idea of God passing over the Israelites (with the lambs blood), but not over those who refused to believe in the God of Abraham, Isaac, and Jacob. When the unleavened bread is to be eaten with bitter herbs, the unleavened bread may have served to remind them of their bitter enslavement in Egypt, and the New Testament is replete with references to sin being like leavening. It puffs up, it grows, and it expands. And leavening works the very quickest in lukewarm water (Rev 3:14-22). When the Passover Lamb is sacrificed, it is a total sacrifice, which is why God commanded that, “They shall eat the flesh that night, roasted on the fire; with unleavened bread and bitter herbs they shall eat it” (Ex 12:8), and if “anything that remains until the morning you shall burn. In this manner you shall eat it: with your belt fastened, your sandals on your feet, and your staff in your hand. And you shall eat it in haste. It is the LORD’s Passover. For I will pass through the land of Egypt that night, and I will strike all the firstborn in the land of Egypt, both man and beast; and on all the gods of Egypt I will execute judgments: I am the LORD. The blood shall be a sign for you, on the houses where you are. And when I see the blood, I will pass over you, and no plague will befall you to destroy you, when I strike the land of Egypt” (Ex 12:11-13). 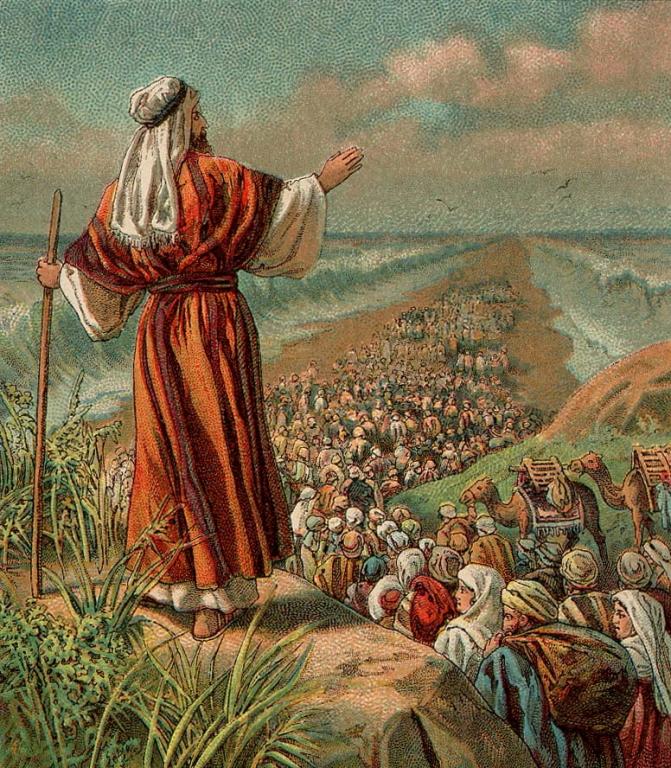 In Exodus 12:21-22, “Moses called all the elders of Israel and said to them, “Go and select lambs for yourselves according to your clans, and kill the Passover lamb. Take a bunch of hyssop and dip it in the blood that is in the basin, and touch the lintel and the two doorposts with the blood that is in the basin. None of you shall go out of the door of his house until the morning.” Why was hyssop used? Hyssop is an herb in the mint family. It has cleansing, medicinal, and flavoring properties, but in ancient times, hyssop was used for ceremonial cleansing of people and houses. David mentions hyssop in Psalm 51:7, writing, “Cleanse me with hyssop, and I will be clean; wash me, and I will be whiter than snow.” David does not refer to physical cleansing, but rather, God cleansing him as he confessed his sins of adultery and murder. In the Old Testament, blood and hyssop purified a defiled person (Heb 9:19), so Jesus’ shed blood purifies us from the defilement of our sin, and perhaps why it’s no coincidence that the Apostle John writes that at the cross, “A jar full of sour wine stood there, so they put a sponge full of the sour wine on a hyssop branch and held it to his mouth” (John 19:29). The ancient Israelites displayed the lamb’s blood on their doorposts; today, believers are to display their trust in Christ publically. Those who don’t receive Christ, and have the precious blood of the Lamb atone for their sins, will not have God’s wrath pass over them, but there is only a fearful expectation of falling into the hands of the living God (Heb 10:31) when judgment comes after death (Heb 9:27), or at Christ’s return; whichever comes first . Jesus Himself said, “I will warn you whom to fear: fear him who, after he has killed, has authority to cast into hell. Yes, I tell you, fear him” (Luke 12:5)!

There are many more similarities between the Exodus and the gospel. For example, the Passover Lamb could not have any bones broken (Ex 12:46), which was also prophesied of Christ (Psalm 34:20), and fulfilled in the first century by Christ (John 19:31-36). Then, there’s the symbolism of coming out of Egypt, which represents our coming out of sin and the world. The Exodus also reminds us that God alone can bring us out of the world (John 15:5), just as He did with the ancient Israelite’s who were powerless to escape from Egypt on their own. And finally, have you ever noticed that Pharaoh’s crown had a serpent on it? Since Egypt is symbolic of sin, surely Pharaoh represents Satan, and like the old serpent deceiver, he desires to keep us in bondage to sin, however, God has made a way (John 3:16-17; Acts 4:12). First of all, God demands a sacrifice, but it’s a sacrifice we can’t provide, so God provided a Lamb for Himself, just as “Abraham said, “God will provide for himself the lamb” (Gen 22:8a), and it was provided in Himself in the spotless Lamb of God, Jesus Christ, Who is God. From Genesis (Gen 3:15) to Revelation (22), it’s all about Jesus Christ. The late Dr. J. Vernon McGee (Through the Bible Ministries) said, “The Bible is a Him book…it’s all about Him,” and of course He’s right. You can see shadows and images in the Old Testament of Jesus’ coming atoning work on the cross. He is the spotless Lamb that makes even the vilest of sinners clean. It is just the Apostle Paul wrote in 2 Corinthians 5:21: “For our sake he made him to be sin who knew no sin, so that in him we might become the righteousness of God.”  That’s why none of us can boast (Eph 2:8-9).

June 25, 2018 How Abraham Was Justified 2,000 Years Before Christ
Recent Comments
9 Comments | Leave a Comment
Browse Our Archives
get the latest from
Evangelical
Sign up for our newsletter
POPULAR AT PATHEOS Evangelical
1