6 Things That Damage Our Relationship With God

How can words damager our relationship with God? Our words can hurt others, and it’s not true that “words can never hurt me.” That’s probably uttered by someone who’s been hurt, but harsh or judgmental words spoken to others, and in particular to brothers and sisters in Christ, is something Jesus takes personally. Remember when Jesus met Saul (later, known as the Apostle Saul) on the Damascus Road? Paul had been persecuting believers, some to the point of death, so Jesus asks him, “Saul, Saul, why are you persecuting me” (Acts 9:4)? Wait! Isn’t Jesus in heaven? Then how can Saul have been persecuting Him? Because anyone who persecutes believers, is persecuting Jesus since He is the Head of the church and we are the Body of Christ. 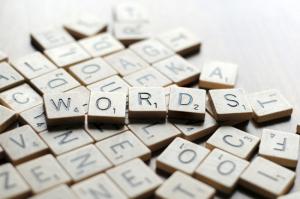 For a long time, King David suppressed his sin…the sin of conspiracy to commit murder, and adultery; both sins that were punishable by death in Israel, but even though David took a long time in confessing these sins, and it took Nathan the Prophet to finally penetrate his conscience, David was miserable. In perhaps one of the greatest prayers of repentance, David wrote, “I know my transgressions, and my sin is ever before me” (Psalm 51:3), showing that his unconfessed sin was a burden that wouldn’t go away, saying that “when I kept silent, my bones wasted away through my groaning all day long” (Psalm 32:3). He told God, it was like, all “day and night your hand was heavy upon me; my strength was dried up as by the heat of summer” (Psalm 32:4). Unconfessed sin has similar effects our human relationships, so how much more does it affect our relationship with God?

When we are mad at someone, we sometimes refuse to speak to them, and giving them the silent treatment makes it harder to reconcile the differences. When communications are severed between parties, there’s slim chance for reconciliation, so when we cut ourselves off from God, we won’t be able to hear His voice as easily. I don’t mean His audible voice, but how He speaks through the Spirit of God. A man wrote his girlfriend for 3 straight years since he lived a long distance from her. He wrote her almost every day…so what happened? She married the postal carrier! Bad story, but the point is, if we don’t seek to communicate with God in daily prayer, we’re cutting ourselves off the most critical communication we have. And it seems the longer you go without praying (same thing with Bible reading and study), the harder it is to get back to it. Before you know it, it’s been 3 months since you prayed. I have found that the times when I least feel like praying, are the very times when I need it the most.

Imagine your child coming to you, day after day, asking to see the kitchen cupboards, look into the refrigerator, and ask how much is in the bank. If a child kept coming back to ask, “Mom, is there enough food for me to eat tomorrow,” mom would finally say, “Enough. Yes, we have enough food for tomorrow and the next day and the next week!” Of course, children don’t do that (usually) because they trust that their parents will provide for them. They feel a sense of security. Now think how God feels when we don’t trust Him with today, not to mention tomorrow? To me, worry is the opposite of trust. If I worry about someone driving too fast, it’s because they could get someone hurt (including me!), but if they’re driving the speed limit, I don’t have to worry, at least as much. Jesus said that we should “not be anxious, saying, ‘What shall we eat?’ or ‘What shall we drink?’ or ‘What shall we wear’” (Matt 6:31). Paul echo’s that statement by writing, we should “not be anxious about anything, but in everything by prayer and supplication with thanksgiving let your requests be made known to God” (Phil 4:6). Worry says, “I don’t trust You God,” but trust says, “I’m not worried because You are God.”

God is never happy when we take credit for something He has done. Paul would asked, “What do you have that you did not receive? If then you received it, why do you boast as if you did not receive it” (1 Cor 4:7)? John the Baptist correctly stated that “A person cannot receive even one thing unless it is given him from heaven” (John 3:27), so we must acknowledge Him in all things, and give thanks to Him for the many blessings. The psalmist got it right when he wrote, “Not to us, O Lord, not to us, but to your name give glory” (Psalm 115:1a). We must acknowledge God and how much He has blessed us by making it known to others. If you (and I) can learn to always “acknowledge him,” “he will make straight your paths” (Prov 3:6). 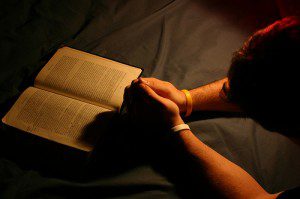 There is an unholy trinity out there that seeks to destroy us. The Apostle John says that “all that is in the world—the desires of the flesh and the desires of the eyes and pride of life—is not from the Father but is from the world” (1 John 2:16). Those three are what brought down Adam and Eve in the Garden, and we battle the same three things every day, so we are told, “Do not love the world or the things in the world. If anyone loves the world, the love of the Father is not in him” (1 John 2:15). If we claim to know God but live like the world, we ought to examine ourselves to see if we’re really in the faith (2 Cor 13:5; 2 Pet 1:10-11). Living like the world is certainly going to damage our relationship with God.

There are dozens of other things that can damage our relationship with God. Maybe you can think of one, but I know by experience that I’ve hurt God by my ungodly behavior, many times. Thankfully, He is a God Who forgives, and there is no sin that the blood of the Lamb of God cannot cover. Have you trusted in Him today? If not, you don’t have a relationship with God, but that relationship begins with Jesus Christ. And today is the best of days to come to Him (2 Cor 6:2).