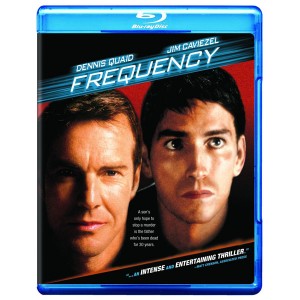 Anyone who’s seen the Aurora Borealis either in pictures, on video or in person knows the beauty these “Northern Lights” can produce. But they’ve rarely produced anything as beautiful as the time they allowed John Sullivan to reconnect with his long-dead father and try to save his life.

That’s the premise of the film “Frequency,” released in 2000, written by Toby Emmerich and directed by Gregory Hoblit.

The story begins in Bayside, Queens, October 1969, a few days before firefighter Frank Sullivan (Dennis Quaid) will die while trying to rescue a teenager in an abandoned warehouse fire.

Frank is an ideal husband and father who clearly loves and appreciates his wife Julia (Elizabeth Mitchell) and their six-year-old son Johnny (Daniel Henson), who he always encourages to have “spirit and guts.”

Frank is also a ham radio enthusiast who enjoys communicating with people around the world. One day, while the Aurora Borealis begins occurring for a period of time in the Earth’s atmosphere, Frank begins talking to a friendly stranger on the radio. He soon discovers that this is no stranger at all, but his son John, 30 years in the future.

Grown-up John Sullivan (Jim Caviezel) has obviously suffered from the loss of his father many years ago and seems incapable of building the kind of relationship his Dad had with his Mom. But this mysterious connection with the past – explained by the idea of string theory and quantum mechanics breaking down the barriers between past, present and future due to the Aurora Borealis – ignites in him a feeling of fulfillment that has been missing for years.

Frank, of course, is reluctant to believe that he’s actually communicating with the future, while John comes around more quickly, perhaps aided by the fact that this is a dream come true for him. Using the results of the 1969 World Series games featuring the Amazin’ Mets, John finally convinces Frank that the unbelievable is actually happening. Then he has to get him to change the course of action that would end his life.

The first hour of “Frequency” is largely about the connection between fathers and sons, as well as the strength of family overall. Dennis Quaid exudes character, courage and compassion as Frank. He’s a model for how men should treat their wives and children.

Jim Caviezel’s John, on the other hand, reflects what can happen when a child’s father isn’t there to be an influence in his life. The story suggests that John had other men to step in as father figures while he was growing up, but that he never got over the loss of the father who meant the world to him.

If you’re mainly used to seeing Jim Caviezel as the intense, deadpan John Reese on “Person of Interest,” he may surprise you here. While he conveys the wounded, lonely eyes that reflect loss, he also portrays moments of genuine happiness after finding his father again. The scene in which the two of them have accepted that what is happening is real and simply start communicating with each other from the heart is a magnificent piece of acting.

The movie’s second hour becomes something of a murder mystery while opening up a more existential level of storytelling with its quandaries about how changing the past affects the future. Because one life was saved, does that set in motion events in which other people will lose their lives? Can those lives, in turn, be saved too?

Those story elements are reminiscent of issues that TV shows like “Lost” and “Fringe” addressed. Though fans of “Lost” know that the series came down on the side that the past could not be changed, they might appreciate the fact that the villain in this movie is named Jack Shepard – and that Elizabeth Mitchell, who played Juliet Burke on that show, plays Julia Sullivan here.

In the end, “Frequency” is a total wish fulfillment fantasy. But that’s okay because the movie pulls it off through emotionally engaging storytelling and a riveting plot. Watching these examples of what fatherhood and family should be will resonate with viewers regardless of their real life situations, help them better appreciate their parents and children, and offer a timely reminder that we all need to live with “spirit and guts.”

Check out “Frequency” on DVD or via online streaming.

– A Christopher Prayer for Father’s Day

June 11, 2013
A Christopher Prayer for Father's Day
Next Post 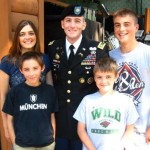 June 14, 2013 Lt. Col. Mark Weber’s Operation True Grit: A Husband and Father’s Final Legacy
Recent Comments
0 | Leave a Comment
Browse Our Archives
get the latest from
Catholic
Sign up for our newsletter
POPULAR AT PATHEOS Catholic
1

It Begins With Wine at a...
Steel Magnificat
Related posts from Christopher Closeup