How Sports Can Help You Win at Life

(The following is the text of the Christopher News Note “How Sports Can Help You Win at Life” [which was written by a freelancer]. If you’d like a pdf or hard copy, see the end of this post.)

“Give thanks to God for the gift of sport, in which the human person exercises his body, intellect and will, recognizing these abilities as so many gifts of his Creator.”
— Saint John Paul II

Sports are a gift from God. They help us to build character traits that enliven and sustain us throughout the many experiences of life.

Sports create high-pressure situations where we can practice the skills that enable us to survive and thrive in the world. Yet, taken out of their proper context, sports can exalt victory at all cost and lead to self-centeredness in pursuit of individual glory.

How do we get beyond such distortions to enjoy the benefits available to us in the sports of our choice? How can we take part in these activities to cultivate individual integrity and build strong communities? And how do we fully realize the talents we develop along the way as gifts from God?

A Life of Perseverance

Kyle Maynard was born in 1986 with a condition called congenital amputation: he was missing his limbs below his elbows and knees. His parents drove him to challenge his physical limitations, so Maynard got involved in sports at a young age.

In sixth grade, he joined his school’s wrestling team and lost 35 matches over the next two years. But by his senior year in high school, he had become one of the best wrestlers in Georgia, winning 36 matches and defeating several of the top contenders in his weight class. After high school, Maynard attended the University of Georgia for a time and was a part of their wrestling team until eventually leaving school to pursue a career as an author and motivational speaker.

In an ESPN segment on his life, Maynard described going through a dark period where he experienced depression and felt like a fraud. Remembering that time, he said, “I’m supposed to be trying to teach other people how to get their life together and I can’t even pull my own together.”

Then, in 2006 he had a remarkable encounter at an airport with two servicemen who had seen him on television. They were Military Police who had suffered severe burns in an ambush during the Iraq War. They told Maynard that as they lay in their hospital beds after the attack, they made a suicide pact with each other. But on the very same day they made their pact, they saw his story on television. Inspired by his perseverance, they abandoned their plan to kill themselves.

Maynard said, “I held it together while I was talking to them and then came back to the hotel that night and just cried for hours.” The encounter inspired Maynard to develop a special commitment to veterans. In 2008, he opened a gym and has become a pioneer in helping wounded soldiers create fitness regimens that work for them.

Maynard joined with Iraq War veterans to climb to the top of Mount Kilimanjaro. In so doing, he became the first quadruple amputee to ever hike to the roof of Africa without the aid of prosthetics — he crawled the entire 19,340 feet to the top.

In a video clip of the trek, Maynard and his team stop to pitch camp near the summit at the end of a grueling day. Sitting in front of his tent, with the Kilimanjaro peak in view, Maynard says, “The most frustrated I got the whole day was when I would just go and look up and see how far I’d have to go, instead of looking back and seeing how far we’ve come. I think I do that a lot in life and just in general.” Then, with his emotions welling up, he adds, “Just one step at a time.”

A Story of Sportsmanship

“From everyone to whom much has been given, much will be required.”
— Luke 12:48

In the spring of 2008, the Central Washington University softball team hosted Western Oregon University for the final home game of their season. The two teams were in a neck-and-neck competition for the conference championship.

At first base for Central Washington was senior Mallory Holtman, who held the career home run record for her school. In the outfield for Western Oregon was senior Sara Tucholsky, a part-time starter with only 3 hits in 34 at bats on the season. Tucholsky had never hit a home run in her life.

Tucholsky came up to bat in the second inning, with two runners on and no score. On the second pitch of her at-bat, she hit the ball out of the park. Reminiscing with a joyful laugh, she says, “I hit that pitch and it just went.”

But, upon rounding first base, Tucholsky realized she had missed the bag, so she turned back, and in that moment, she tore the anterior cruciate ligament in her right knee and collapsed to the ground, writhing in pain. The umpire ruled that her teammates could not assist her in rounding the bases. He also ruled that, if they put in a substitute, the new player would have to remain on first base. It would be a two-run single, rather than a three-run home run.

As the Western Oregon coach prepared to make the substitution, Mallory Holtman approached the umpire and asked if it would be within the rules for Central Washington players to carry Tucholsky around the bases.

With a look of surprise, the umpire ruled that there was nothing prohibiting the opposing team from assisting Tucholsky. So Holtman enlisted the aid of shortstop Liz Wallace and together they lifted Tucholsky off the ground and carried her around the bases, lowering her down to touch each bag.

“When I looked up,” Holtman says, “I didn’t see giant smiles and screams, I saw emotion and tears and people crying.”

The injury to Tucholsky ended her career, and Holtman’s sacrificial act jeopardized Central Washington’s chances for victory. Tucholsky’s Western Oregon team went on to win the game 4-2, and they won the conference championship that year. But both players joined in a greater victory that day. With her eyes tearing up, Tucholsky says of Holtman, “I have a lot of respect for her, and put her in high regards, her and her teammates. And I can’t thank her enough.”

“Sportsmanship for me is when a guy walks off the court and you really can’t tell whether he won or lost, when he carries himself with pride either way.”

Determination – The challenges we face in sports can teach us how to persevere despite seemingly insurmountable odds. When we train and compete to win, we discipline ourselves in body, mind and soul to be capable of moral fortitude and courageous actions throughout our lives.

Creativity – Sports teach us how to make adjustments based on our own strengths and weaknesses and the obstacles placed in our way. That kind of creative thinking can translate to real-life problem solving in pursuit of our goals.

Purpose – Competition teaches us that our purpose in life can evolve from the obstacles we face. Realizing our purpose can motivate us to accomplish what might otherwise seem impossible.

Respect — We show respect for our opponents by training hard and playing to win. But we also show respect by recognizing a purpose beyond the competition. When we value everyone involved in the game, we prepare to conduct ourselves with class in the high pressure situations of life.

Teamwork — Working with a team teaches us to join our talents with those of others to accomplish goals beyond the reach of any single individual. Even individual sports can prepare us to be team players by cultivating discipline and the strength of character to sacrifice for the greater good.

Victory — Great athletes compete to win, but they also demonstrate sportsmanship. We seek the courage to reach out to one another—even our opponents, even our enemies—and offer mercy, in the hope of achieving a more lasting victory through the grace of God.

A Prayer for Victory in Sports

Guide us to victory, O Lord,
in competition and life.
May our opponents be worthy
and compete with skill.
May we meet that skill with our own
and prepare each other for the challenges
that await us in the world.

Guide us to safe competition,
without injury to either side.
But may any physical pains we endure
strengthen us to do Your will against all odds.

Guide us to grow in wisdom,
so we discover our strengths and weaknesses,
hone our skills and gain the ability to adapt
to the changing circumstances of life.

Guide us to grow in mercy,
so we encourage our teammates,
treat our opponents fairly,
respect coaches and officials,
and maintain an even disposition
in victory and defeat,
knowing that true victory is in
playing the game with effort and class,
so that we might glorify You in all things.

To receive a pdf or mailed copy of “How Sports Can Help You Win at Life” – or to subscribe to Christopher News Notes via email or snail mail – send your request to radio@christophers.org 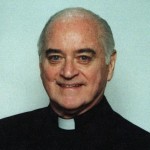 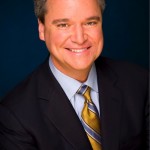 May 17, 2016 'Stand in the Light of God's Grace and Show People Who You Really Are'
Recent Comments
0 | Leave a Comment
Browse Our Archives
Related posts from Christopher Closeup