Never Call Yourself a ‘Bad Person,’ but Rather ‘a Saint-in-Training’ 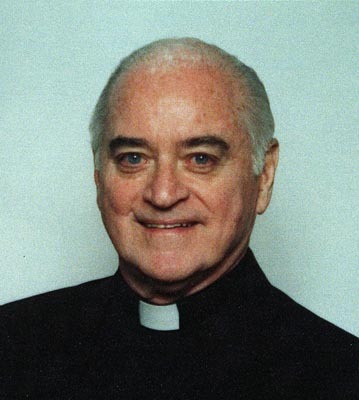 Never call yourself a bad person, but rather “a saint-in-training.”

That’s the advice of former Director of The Christophers Father John Catoir, and it’s a truth he learned from his years counseling people as part of his priestly ministry.

Father Catoir led The Christophers from the late 1970s to the mid-1990s, and the job was a dream come true for him. I recently interviewed him on “Christopher Closeup,” and we took a short stroll down memory lane. He recalled being a fan of the Christopher message since he watched early Christopher films in grammar school. On his 18th birthday, his father gave him a copy of the book “You Can Change the World,” by The Christophers’ founder, Maryknoll Father James Keller, and that sealed the deal.

Father Catoir liked Father Keller’s message that it wasn’t good enough to simply find fault with the world; you had to work to make it better because that’s what God wants you – and all of us – to do. This idea was “empowering” and “supernatural” because it gave you “a sense that God put you on earth for a reason. You have a purpose.”

When Father Catoir initially heard that the job of leading The Christophers was available, he talked himself out of applying because he thought he’d never get it. Three weeks later, he felt an impulse, which he attributes to God’s grace, to apply anyway. The rest is history.

It’s ironic that someone as devoted to spreading a message of joy and positive thinking as Father Catoir was almost derailed by negative thinking. But he learned from his mistake, and has been sharing his wisdom with the rest of the world through TV, radio appearances, and newspaper columns ever since.

Father Catoir notes that “doctors have lots of evidence to show that negative thinking will destroy your mental health.” Many hours of counseling ordinary people about their problems, as well as several years leading a ministry for recovering addicts called Eva’s Village, allowed him to see that evidence first hand.

He said, “If you have a belief that you’re not a good person, even though you’re trying to be good, that undermines your mental health—and it has to be rooted out. If you can’t say you’re a saint, you can say, ‘I’m a saint-in-training. I’m a good person, and I’m trying to get better.’ But there’s no way that you should say you’re a bad person because God made you, and everything God made is good.”

That divine goodness at the core of everything is a reason for joy, and Father Catoir has made it a point to be a messenger of joy — which is also the name of his website. This was largely influenced by Pope John Paull II’s emphasis on joy as an integral part of Christian living – and furthered by Father Catoir’s study of the gospels.

He explained, “Jesus said, ‘Be not afraid.’ And those words are repeated in the Bible 365 times from the beginning to the end, and Jesus made it a monumental point in His Sermon on the Mount: ‘Do not be afraid…Do not be anxious.’ The point was to trust the Lord, trust in His love. I found that if you didn’t express joy, there was something wrong with you. Dorothy Day called thanksgiving for God’s love ‘the duty of delight.’ We have so much going for us, God has given us so many gifts. What can you help do but be joyful and be grateful? And it changes your life, it takes you out of the blues!”

Ultimately, Father Catoir has learned that joy is a choice, so he chooses to approach life that way despite the problems that have come with aging.

Father Catoir concludes, “In the past, when I would get into a dark mood, I would pray to the Lord to lift me out of it. And as a priest, I’d often go to the hospital and visit patients. Helping others is a big way to get rid of the blues. To tell you the truth, I don’t hit any real dark moments in life [anymore] because I live in the spirit of joy, so help me God. I’m an old man, I’m 84. I’ve had three knee replacements, I don’t walk too well. And from the neck up, I’m fantastic every other day! (laughs) But I’m at a point where I could die at any time. I have a heart condition, but I’m happy as a clam! I can’t tell you I’m ready to go, but I’m gonna do as much good as I can until I am taken.”

(To listen to my full interview with Father John Catoir, click on the podcast link): 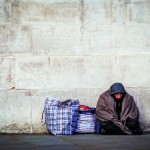 May 4, 2016
When a Homeless Man Says He Will Pray For You
Next Post 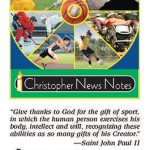 May 12, 2016 How Sports Can Help You Win at Life
Recent Comments
0 | Leave a Comment
Browse Our Archives
get the latest from
Catholic
Sign up for our newsletter
POPULAR AT PATHEOS Catholic
1

Why the Left Isn't Nice Enough, Part I:...
Centrists, conservatives, and the alt-right love telling leftists that we're mean. "Where...
view all Catholic blogs
What Are Your Thoughts?leave a comment
Copyright 2008-2020, Patheos. All rights reserved.