Does she expect you to read her mind?

The following is an excerpt from my book, “What Your Husband Isn’t Telling You.” To order an autographed copy, click here. 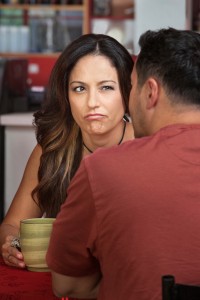 Dr. Michelle Watson is famous for saying, “Men read the lines – women read between the lines.” Most women think of themselves as expert mind readers, who can intuit what people really think.

Because women are so proficient at mind reading, they naturally believe men also possess mind reading powers. We don’t.

Women have this romantic idea: “He should just know what I want.” (Cue the chirping birds, rainbows and unicorns) It’s as if love magically imbues a husband with telepathic powers.

“He should just know.” What a load of baloney. This attitude will strain your marriage and stress out your husband.

My wife used to play this little game with me. See if it sounds familiar:

Me: Honey, what restaurant do you want to eat at tonight?

Gina: It doesn’t matter, you pick.

Me: How about Mexican?

So we’d go out for Mexican food. And the rest of the night I was married to the White Witch of Narnia. Silent. Cold. Imperious.

What went wrong? She wanted Chinese, and I’d failed to read her mind. So she punished me for it, ever so subtly.

Me: Honey, how’s your burrito? You’ve hardly touched it.

This is actually a game she learned from her mother. Here are the rules: Wives of the 1960s were never supposed to speak directly about their wants. That would be considered pushy. Instead, they gave their husbands subtle clues. Then, based on those clues, the husband was supposed to guess what she wanted. If he guessed right, that meant she was truly loved. If he guessed wrong, she was allowed to pout, as a consolation prize.

Do you see why my wife had a hard time telling me what she wanted for dinner?

Here’s what Gina was expecting: she had sent me a clue that she didn’t want Mexican food. By answering with a simple, “OK,” instead of an enthusiastic, “Yes, that sounds great!” she was hinting that I was supposed to look deeply into her soul and divine her true feelings about dinner. It turns out she was feeling bloated that night and I was being insensitive by suggesting a high-calorie meal. She didn’t tell me this – I was “just supposed to know.

My sin was thinking that “OK” actually meant, “OK.” Silly me.

Put yourself in my shoes. I think I’m getting gold stars for taking her out to dinner. But she’s upset because I didn’t provide the dinner she secretly wanted. I offered her a gift of love. She focused on what was wrong. And here’s the message I received: don’t even try to love me this way, because if it’s not perfect I’ll be upset.

All this unpleasantness could have been avoided if my wife had simply spoken up and said, “How about Chinese?” Moo goo gai pan or tacos al carbon – it didn’t matter to me.

In fact, most guys would rather please their wives than themselves. I enjoy taking Gina places she likes to eat. My joy is complete when she savors her meal.

This story has a happy ending. After years of begging my wife to speak up she’s finally learned to do so. This has made both of our lives so much more pleasant. She gets what she wants and I no longer get the cold shoulder.

Women, I’m asking you to give this gift to your husband. Tell him exactly how you feel. What you want. Don’t expect him to guess. And don’t punish him if he can’t read your mind. Tell him you want flowers this week, and then be happy when they arrive.

Good husbands are not born — they are trained. 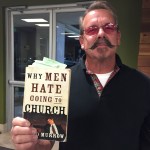 March 11, 2015
Has this book changed your church/ministry?
Next Post 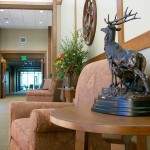