Clarifying The Meaning Of ‘Catholic Reactionary’

In my previous article Addressing Angry Reactionaries In The Catholic Church, I received mixed feedback from those who might have had the impression I was attacking traditional Catholics. In a group on social media, one reader left this comment leading to a short-lived exchange:

“Barf. The author condemns “reactionaries” (read: Traditional Catholics). But all the modernist liturgical reforms since Vatican II (vernacular, versus populum, congregants in orans posture, communion by hand, communion while standing, piano, guitar, and drums, etc.) have resulted in a sharp drop in mass attendance, less infant baptisms (despite the increase in population), and dramatically less vocations. The modernists have destroyed the liturgy. Traditional Catholics have good reason to be angry!”

There’s no mincing words here, but I have to agree with him on a few points. Modernism (not to be confused with ‘modernization’) has done a tremendous disservice to the reverence of Catholic Christianity. Recent studies have learned that 70% of American Catholics deny transubstantiation, which would make them material heretics under the standards of Church dogma. This can be traced to some of the post-Vatican II reforms that have taken place in individual parishes, such as moving the tabernacle off to the side. When Christ is removed from the center, the individual becomes the object of worship.

And I agree, in light of how modernism has paved the way to liturgical irreverence and widespread moral relativism, traditional Catholics do have a legitimate reason to be angry. However, there is righteous outrage, and there is sinful outrage. There are cases where outrage is necessary (for example, cases where someone deliberately desecrates the Eucharist). I think it has come to a point where people are directing their fury in places where outrage is unwarranted (for example, when a new convert unknowingly makes the unforgivable sin of using the orans posture during the Lord’s Prayer — note my sarcasm). I think these moments are opportunities to approach people gently and teach them the rubrics of the liturgy.

“So why are you targeting reactionaries, as if Traditionalists are the problem?”

I will also admit that I’ve become disenchanted with Pope Francis’ lack of clarity and seemingly apathetic and passive-aggressive way of handling criticism. The Pope ought to be subject to criticism, just like everyone else in a position of leadership. But there’s a special kind of arrogance among non-clergy that comes with assuming an authority of determining whose level of Catholicism is deemed acceptable or what Mass is valid or licit.

As I have said before, being yelled at or lambasted doesn’t change anyone’s mind, but much rather embitters them further. If one prefers incense, Gregorian chant, reading Thomas Aquinas and receiving communion directly on the tongue as opposed to smoke machines, guitars and drums, following Fr. James Martin on Twitter and communion in the hand, it does not make them an angry reactionary. It makes them a traditionally orthodox Catholic Christian — and that’s a good thing.

“So, what exactly is a reactionary?”

The term ‘reactionary’ is most often associated with anyone who identifies as conservative, right-winged or simply resistant to change. From my understanding, the terms ‘reactionary’ and ‘traditionalist’ aren’t mutually exclusive to one another — or at least they shouldn’t be. I would argue that one can be a left-wing reactionary and be aggressively hostile to anything that resembles conservative or traditional values, all for the sake of maintaining leftist orthodoxy. In which case, the roles would be reversed and the traditionalists themselves would be the rebels.

“In the age of relativism, orthodoxy is the only possible rebellion left.”
— Peter Kreeft

This doesn’t mean all traditionalists are reactionary or incapable of rational discourse. If anyone thinks that I have an agenda to target traditionalists, let it be known that I vehemently defend tradition and orthodoxy in other pieces I’ve written such as Tradition Is Not A Dirty Word and Why Isn’t Catholic Communion More Inclusive?

While I fully support a return to tradition and orthodoxy, the problem I see with reactionaries is their desire to make the Church an oasis from modernism while pushing away people who are in desperate need of God’s mercy. I can appreciate the effort to make Church a safe space for people who seek refuge from the world’s corruption. But I feel it needs to be said that the moment the Church becomes an exclusive club for the spiritually well, the Gospel of Christ is lost.

And when Jesus heard it, he said to them, “Those who are well have no need of a physician, but those who are sick; I came not to call the righteous, but sinners.” — Mark 2:17 RSV

“Can you give me an example of a public figure who you think qualifies?”

While I can definitely think of a few Catholic individuals and media outlets whom I would consider ‘reactionary,’ to name names would be to partake in gossip and eliminate any possibility for fruitful discourse. I think the best way to answer this is you’ll know a tree by the fruit that it bears.

I will say I fully support Catholic media outlets in their attempts to report corruption and hold people in the Church accountable; however, there are times when it crosses the line into a form of bullying. I once followed a handful of sites until one of my fellow bloggers was targeted in a hit piece about personal family circumstances that made it difficult to comply seamlessly to Church teaching. In my Protestant days, when we saw a brother or sister who was struggling, we would approach them personally to see if there was something we could do to make their situation better. The unwarranted public shaming of venial sins is a practice that should have been left to die in the middle ages. I can’t help but wonder how detrimental it would be to my Evangelical friends if they ever considered converting to Catholicism.

“Well, I guess that I would qualify as a reactionary. And I think your criticisms of ‘reactionaries’ are misplaced. ‘Reactionaries’ did not give us the Novus Ordo, the abuse scandals, the cover-ups, and the Lavender mafia.”

Now this is the kind of response that only proves my point. I can’t control whether a person feels like my writing is directed toward them, nor can I force people to hear to what I have to say. Taking offense over every small criticism eliminates the possibility of rational discussion and kills the curiosity of anyone who might consider exploring traditional Catholicism.

That’s not evangelism. That’s aggression. And that’s the very component of ‘reactionary’ that I’m trying to address.

Whether or not anyone believes the Novus Ordo Mass is valid or licit, the actions of individuals do not determine its validity or licitness. It would be naive to assume every Catholic was free of sin prior to Vatican II. The sins that people commit do not affect the inherent value of Christ in the Eucharist, whether it be at a Novus Ordo, Tridentine Latin Mass or Byzantine Divine Liturgy.

Many atheists who were formally Christian would often cite being mistreated by their fellow congregates led them to question the truthfulness of the Bible and Christianity in general. I can see a similar parallel with how Catholics eventually leave their usual parishes to join the SSPX or go sedevacantist. In which case, I can imagine how witnessing constant error and abuse can lead someone to believe God is not longer present in their parish. Perhaps, like formerly-Christian atheists, reactionary Catholics may feel like the Church has failed them.

This is why I believe addressing radical Catholic reactionaries is so important. There’s a reason why they’re reactionary, but there’s also a reason why their anger is sometimes misdirected. I think the best thing to keep in mind when engaging with them is to consider their anger might be coming from a wounded heart. I also think it only further reinforces why we beat our chests during Mass while chanting, “Mea culpa. Mea culpa. Mea maxima culpa.” 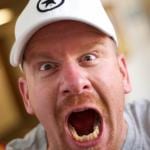 September 20, 2019
Addressing Angry Reactionaries In The Catholic Church
Next Post 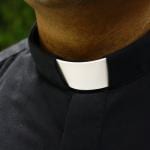 Boom: how one priest transformed a...
The Deacon's Bench
Related posts from Coffee and Crucifix

Catholic
Top 10 Most Read Articles of 2019 by...
Coffee & Crucifix
TRENDING AT PATHEOS Catholic

The Ruler of Relationship: A Gospel Reflection for...
“Come after me, and I will make you fishers of men.” It's...
view all Catholic blogs
Copyright 2008-2017, Patheos. All rights reserved.