In the Evangelical congregation I was once a part of, there was a council of elders who led the church. Each individual elder had to meet specific biblical criteria in order to be fit for the position of leadership, such as display a virtuous Christlike demeanor, refrain from alcohol and recreational drug use or certain leisurely activities that might encourage ungodly behavior. When my former Evangelical church was in the process of looking for a new pastor, one of the factors that seemingly disqualified some candidates was being single and unmarried. The reasoning behind this was that some members of the congregation preferred a pastor who could relate better to married couples with children — which, to me, isn’t a bad reason.

My wife’s former church also had a very similar structure of authority and expectations. One member of the congregation was approached by the elders to see if he would consider a position on the council — to which, at their surprise, he refused. His reasoning for declining was because he felt that his house was not in order due to difficulties within his own family. While it seems like most people would seemingly leap at the opportunity to be in a position of leadership, to me it takes a lot of humility and self-awareness to reflect on oneself and turn down such an offer.

The standard of ordination in many Evangelical churches is taken directly from this biblical passage:

“The saying is sure: If any one aspires to the office of bishop, he desires a noble task. Now a bishop must be above reproach, the husband of one wife, temperate, sensible, dignified, hospitable, an apt teacher, no drunkard, not violent but gentle, not quarrelsome, and no lover of money. He must manage his own household well, keeping his children submissive and respectful in every way; for if a man does not know how to manage his own household, how can he care for God’s church?”
— 1 Timothy 3:1-5 RSV

With this in mind, it is not uncommon to find pastors or church elders who struggle with managing family life — especially in cases dysfunctional homes. After all, they are human just like the rest of us who are trying to get by. While leading a church congregation can be a rewarding experience, it can simultaneously be a daunting task that runs the risk of neglecting relationships and other responsibilities.

This was one of the things I considered when I debated on reverting back to Catholicism. Given the seemingly never-ending news of sexual scandals surrounding the priesthood, I frequently wondered to myself, ‘How can anyone really trust a celibate priest? Why can’t the Church just let them marry so they don’t feel so repressed by such an unnecessary rule?’

Many Protestants would argue that even Peter, who was allegedly first Pope, was married as well (Matthew 8:14) — which would seemingly render papal celibacy as a man-made tradition. Non-Catholic Christians who oppose clerical celibacy also often bring up verses in the Bible such as,

“Now the Spirit expressly says that in later times some will depart from the faith by giving heed to deceitful spirits and doctrines of demons, through the pretensions of liars whose consciences are seared, who forbid marriage and enjoin abstinence from foods which God created to be received with thanksgiving by those who believe and know the truth.” — 1 Timothy 4:1-3 RSV

“Do we not have the right to be accompanied by a wife, as the other apostles and the brethren of the Lord and Cephas?” — 1 Corinthians 9:5 RSV

“To the unmarried and the widows I say that it is well for them to remain single as I do. But if they cannot exercise self-control, they should marry. For it is better to marry than to be aflame with passion.”
— 1 Corinthians 7:8-9 RSV

I think there’s a lot to unpack with these given verses. It’s easy to associate ‘forbidding marriage and abstaining from foods’ with the Catholic practice of priestly celibacy and not eating meat on Fridays. In the context of the first passage, Saint Paul is actually referring to Christians who rejected the goodness of marriage in favor of a form of gnostic asceticism in opposition to marriage. It was a heresy that manifested itself into what is known as Catharism, a movement that depicted procreation and eating meat as a moral evil — similar to the neo-environmentalist ‘birth strike’ movement of the present day.

As far as single and unmarried people are concerned, many people are single not by choice. Some people have experienced difficulty in finding a potential spouse whom they could deem trustworthy enough to spend the rest of their lives with. With this in mind, there is no escaping burning in passion if they choose to adhere to traditional Christian sexual ethics. In a Catholic sense, it could be viewed as a cross to bear. And Paul, the very person who wrote the Epistles where the above verses come from, was celibate himself. If someone had to be married in order to be ordained, then Paul as an Apostle who ordained other bishops and elders would have violated his own rule.

But the reason why celibacy is such a big deal in the Catholic Church is because it is like a marriage. Rather than marrying a person, when a priest is ordained he is essentially ‘marrying’ himself to the Church. The difference is clerical celibacy is a discipline, not a doctrine. Doctrines are concrete teachings that cannot be altered, whereas disciplines are subject to change as it sees fit according to the context of geographical and cultural scenarios.

What many non-Catholics also don’t realize is the Catholic Church actually does have married priests. Converts from Eastern Orthodoxy, Anglican and Episcopal churches who happened to be married clergy often become priests in the Latin Rite. The Eastern Rite (in particular, the Byzantine Greek Catholics) also typically have married clergy. The Catholic Church makes exceptions in their pastoral provisions, which all the more reinforces that clerical celibacy is a discipline rather than a doctrine.

In the first thousand years of Christianity, it was commonplace for priests and clergy to have wives and children. Though it was not until the First and Second Lateran councils in 1123 and 1139 that marriage was barred from the priesthood. By eliminating the prospect of marriage, clergy and their families could not get wealthy off of acquired Church property and estate. This coincides with the fact that clerical celibacy was also a discipline that developed over the centuries. In recent news, Pope Francis has expressed a possibility of being more open to having married priests in the Latin rite of the Church.

As far as cases of clerical pedophilia is concerned, people often say if priests were allowed to marry a wife then there would be less abuse. Unfortunately, that couldn’t be further from the truth. Sexual disorders do not magically disappear after a person marries. Take pornography addiction for example. An overwhelming majority of Christian marriages whose spouses have struggled with pornography would be the first to tell that previous addictions and disorders do not disappear after saying, ‘I do.’ Porn addiction is believed to be one of the largest contributors to a lack of satisfaction with a spouse, leading to a lack of intimacy and possibly infidelity. Often these tendencies manifest themselves as the couple becomes more complacent with one another. Similarly, pedophilia is not cured by allowing the potential offender to marry and raise children.

If anything, the cases of sexual abuse among married pastors and minors (which outnumber those of Catholic abuses) only solidifies that fact. A study done in 2018 by three criminologists concluded that three insurance companies reported 7,095 claims of alleged sexual abuse by clergy and laypeople between 1987 and 2007 in 165,500 Protestant churches. This averages out to 260 claims of alleged sexual abuse per year. While I don’t believe comparing numbers of abuses between Catholics and Protestants does either side any justice, I believe it is the result of individuals who have placed their carnal desires over their love for God.

Above all, being a priest demands complete fidelity to Christ and His Church. Unfortunately, being a married priest, let alone one with children of his own, is inevitably burdened by divided attention and invites new ministerial challenges in the modern world. It weighs incredible demands on the priest’s wife, who (like a Protestant pastor’s wife) must share the many responsibilities while her husband’s attentions are focused on preparing the Sacraments and building people up to receive them. It kind of hearkens to Matthew 6:24 when it says, “No one can serve two masters; for either he will hate the one and love the other, or he will be devoted to the one and despise the other.”

In the Bible, Jesus discusses how there are people (mainly referring to divorcees) who have made themselves ‘eunuchs’ for the sake of the Kingdom of Heaven (Matthew 19:12). While this might raise a few eyebrows for my more conservative readers, there has been a push in recent years for the LGBTQ movement to recognize those who identify as asexual — people who have little or no sexual desires. To me, it’s an interesting observation considering how much our culture obsessively sexualizes almost everything; and yet asexuality would be something completely overlooked by both the LGBTQ movement and traditional religious communities. While asexuality is a topic worthy of a separate discussion, the priesthood is definitely an outlet where asexual Catholics could possibly find their calling to imitate Christ, who was also known to be celibate.

Like a marriage, nobody enters seminary to join the Catholic priesthood against their own will — or at least they shouldn’t. A vow of celibacy is no different than a wedding vow, and both require personal consent. Though to live a celibate life willingly is a divine gift of bearing witness for Christ; and to take up such a cross is seemingly unbearable for a life without grace. In a society that is progressively becoming more sexually permissive, priestly celibacy is a sure demonstration of non-conformity to the world and full submission to Christ and His Church. 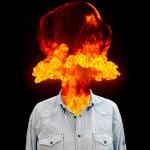 September 23, 2019
Clarifying The Meaning Of 'Catholic Reactionary'
Next Post 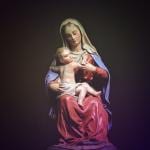