The Dangers of Being Moderate

The Dangers of Being Moderate August 13, 2020 René Albert

As I write this, I must say that I did not always identify as politically moderate. I grew up in a fairly conservative household, remained relatively apolitical until I had finished attending Bible school in my early 20’s before I began to slowly veer to the left. As I explored the realms of feminist ideology and issues of race and gender, there were certain things I told myself I would never go back to believing as a conservative. But I also stopped myself short since there were certain ideas and tenets regarding political correctness that I could not make myself subscribe to as a liberal.

Because I’ve explored both sides of the political spectrum, I do find myself oscillating back and fourth as times change, new issues arise in current events and political parties adjust their platforms. Whenever new information arises, I have to be open to change my mind if I want myself to progress in wisdom and refine my character. But nowadays, oscillating between left and right is becoming harder and harder without winding up to take further intellectual swings.

In this current era, the political landscape of western society is so polarized that an entire continent could fill the chasm. To find voices and opinions that do not completely succumb to either extreme is almost a rarity. Because I have friends and family who affiliate with various worldviews, it’s easy to become a people-pleasure for the sake of keeping the peace. Sometimes what makes it difficult to make an absolute stand is seeing the blatant hypocrisy and deception on both sides. This is where phrases like, “Why can’t we all just get along?” are so quickly regurgitated when conflicts arise. It can seem like such a person does not want to put in the effort to resolve the conflict for the sake of being comfortable. Some would interpret this type of moderate positioning as a form of moral cowardice. It can be a shocker for those whom you disagree with to suddenly realize that an objective wrong needs to be addressed with an objective answer.

Even when it comes to war, I like to think the majority of the world’s population is vehemently against it. Usually there is a chain of events that build up and fester before it erupts into deadly conflict. One could argue that the majority of the wars in the history of the world have been unjust. But when nations are backed into a corner and forced to surrender to a much more oppressive force (such as what had happened in World War II), one has the choice either to stay moderate and allow it to happen or to take a stand and fight back. This is why it can be difficult to put your foot down when needed to. While both sides can certainly contribute to the buildup prior to the conflict, when an actual injustice happens one needs to loosen their grip on the notion that both sides are at fault.

The great poet Dante Alighieri is paraphrased to have said, “The darkest places in Hell are reserved for those who maintain their neutrality in times of moral crisis.” He certainly doesn’t mince words in how he depicts the suffering of moderate individuals in his epic poem Inferno; and his writing draws from and further amplifies what’s written in the Scriptures,

“So, because you are lukewarm, and neither cold nor hot, I will spew you out of my mouth.”
— Revelation 3:15 RSV

Given the current state of political polarization, regardless of where you stand, you’ll always be accused of being complicit of one injustice just for speaking up about another. People can’t seem to speak up about racism without being dismissed or accused of reverse-racism. You can’t advocate for women’s rights without being accused of misandry. Critiquing the flaws of capitalism or advocating for government-funded social programs somehow automatically makes you a raging communist, while supporting energy initiatives to generate revenue to prime the economy (depending on the means) makes you either a tree-hugger or a planet-killer. You can’t have a rational conversation about abortion without being called a misogynist or a rape-apologist. You can’t advocate for the traditional Christian view of sexual ethics without being called a bigot; while simultaneously others who want to protect the inherent value and well-being of LGBTQ individuals are accused of being complicit with their sexuality. Sifting through these issues while remaining loyal to your principles, especially if you subscribe to the Christian worldview, can be like threading the eye of a needle. A seasoned moderate should be able to understand that one can speak up about more than one injustice (even if their specialty is with dealing with only one).

What’s most damning is when a moderate chooses to do nothing or to remain neutral when the paradigm shifts. And I hope, whenever the time comes for me to veer away from the comfort of my neutrality, whatever side I choose will make me culpable for the least amount of evil possible. 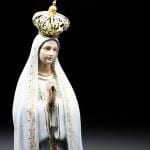 July 28, 2020
A Collection: Explaining Catholic Beliefs About Mary
Next Post 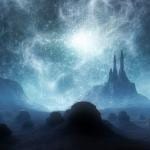 August 18, 2020 Dreams and the Spiritual Realm
Browse Our Archives
get the latest from
Coffee and Crucifix
Sign up for our newsletter
POPULAR AT PATHEOS Catholic
1

Catholics Should Have Nothing to do...
On the Catholic Beat
Related posts from Coffee and Crucifix