Archbishop Vigano has been rock star Phil Collins all along

Archbishop Vigano has been rock star Phil Collins all along November 4, 2020 René Albert

Archbishop Vigano is no stranger to controversy. He is most widely known for calling out Pope Francis for negligible church leadership. Little did everyone know that Vigano is also an avid rock musician walking around in clerical garments. Turns out the veteran Catholic cleric has been former Genesis drummer and vocalist Phil Collins this whole time. Now everyone can see his true colors shining through.

After enjoying the success of being one of the biggest pop-rock artists throughout the 80s and 90s, Vigano Collins spends most of his time in exile writing letters in the form of sad love songs. “I thought I’d escape the hardships of stardom by taking refuge in a religious vocation,” laments the hardened Archbishop, “but I can’t turn back the years.”

“Has anyone ever seen both Vigano and Phil Collins in the same room together?” said a former parishioner who shall remain unnamed. “I certainly haven’t!”

In an unreleased music video, Vigano is reported to have addressed the Holy Father (who has repeatedly declined to comment) by singing, “Talk to me. You never talk to me. Ooh, and it seems that I can speak. Well, I can hear my voice shoutin’ out. But there’s no reply at all.”

After watching footage of Pope Francis giving a public announcement of his latest encyclical Tutti Frutti, Vigano reportedly shouted at his television set while sitting behind his drum kit, “You can wipe off that grin, I know where you’ve been. It’s all been a pack of lies!”

As a guest on Dr. Taylor Marshall’s latest podcast episode, Vigano responded to his concerns while emphasizing, “There’s a word that’s been on my mind all the time. Du-du-DUBIA.”

When questioned about the authenticity of Dr. Marshall’s claims of a Marxist infiltration of the Roman Catholic Church, Vigano digressed, “Jesus he knows me, and he knows I’m right! I’ve been talking to Jesus all my life.”

Vigano had also recently addressed a letter to U.S. President Donald Trump sharing his vision of what could be the makings of an apocalyptic new world order should Western civilization chose to embrace socialism. An excerpt from his letter states, “There’s too many men, too many people making too many problems. And there’s not much love to go around. Can’t you see this is the land of confusion?”

In response to a question posed by a reporter from Church Militant regarding corruption within the Vatican, Vigano sighs, “It’s always the same, it’s just a shame, that’s all.”

When asked if Vigano will reunite with his former band Genesis for a final farewell tour, he abruptly replied, “I don’t care anymore.”

October 28, 2020
Why I Don’t Celebrate The Reformation (And Neither Should You)
Next Post 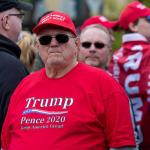 November 13, 2020 "Don't follow a mere man like the Pope," says Protestant with MAGA hat
Browse Our Archives
get the latest from
Coffee and Crucifix
Sign up for our newsletter
POPULAR AT PATHEOS Catholic
1 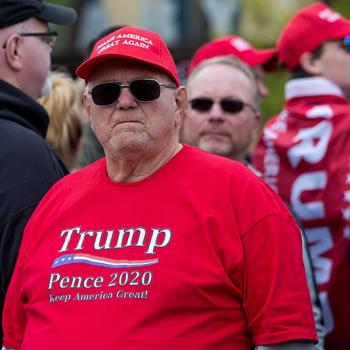