The funniest thing about it, besides the racism (atheists aren’t magically immune apparently), is how the anonymous writer is hiding behind a screen name derived from Oscar Wilde’s Picture of Dorian Gray. It’s funny because, first of all, Dorian Gray shares a last name with John Gray (unconscious identification?). Second, Oscar Wilde was one of many late 19th century decadent artist converts to Catholicism.

What really concerns me is how the DorianGrayfox thinks what I wrote yesterday is anti-atheist. I don’t see how pointing out, with the help of three atheist writers, that atheists in practice borrow their morality from Christianity is offensive. I see their being on board with what David Bentley Hart calls “the Christian revolution [in morality and metaphysics]” as a big plus and a sign of good judgment.

However, this does not mean that all atheists believe the same thing about morality or what constitutes an “atheist worldview,” whatever that might be.

There is no one monolithic atheist worldview and Christians who thinks so are ignorant. Nick Spencer’s Atheists: The Origin of the Species confirms something I’ve learned from Justin Tse: This is a geography problem.

Here is how Spencer begins to historically unpack the geographic genealogy of atheism:

Precisely because Christianity was the foundation, the walls, the streets and the public order of European civilization atheism was faced with the need to construct a different earthly city if its destruction of the existing one was ever going to be successful. “God does not exist” might be an acceptable stance in the seminar room, but beyond it must either become “God does not exist so . . .” or risk forfeiting public attention. Failure to complete the sentence rendered its first clause irrelevant or unpersuasive or simply dangerous. Anarchy appealed to no one.

This is how the answer to the  so-question led to a plurality of atheisms:

The need to complete the sentence, of atheism to construct as well as destroy, leads to a third contention. We should, if we take points one and two seriously talk about atheisms rather than atheism. The different ways in which different unbelievers have completed the sentence has generated creeds–the word is appropriate in the context–that are sufficiently different enough to be seen as a cluster of positions, rather than a single one. We do better to speak of a family of atheisms, rather than one single, holy, catholic and apostolic atheism.

Now Atheists: The Origin of the Species gets into full on geographer mode:

. . . France, Britain, and the new United States [developed] different cultures of atheism not so much on account of different philosophical or scientific cultures, but because of the different nature of their theo-political cultures. A rigidly authoritarian Catholic ancien regime in France created deep wells of moral indignation on which atheists could draw. The more tolerant settlement in Britain limited those wells, and the “wall of separation” between church and state in America effectively drained them. If we seek a reason why atheism is a dog that didn’t bark in what became the most self-consciously modern, scientifically developed country on earth [the U.S.], here it lies.

What’s missing in the passages above is how the source of reaction was respect for the person. The person is a distinctly Christian creation forged in the Trinitarian debates between the third and fifth centuries of our era.  Christoph Schönborn’s God’s Human Face: The Christ-Icon gives you a sense of the profound intellectual changes that spilled over from theological debates into our understanding ourselves:

The achievements of theology in the 4th century, leading the human mind in the light of the revealed mystery toward new insights and new dimensions, are among the greatest feats in the history of human thought. To express what was so utterly new in revelation, a fabric of new concepts had to be developed. Concepts that nowadays have become accepted and common property were created and reinterpreted during that era. The most prominent among these mental, theological progeny is the concept of person.

How this touches upon Gauchet’s insights in The Disenchantment of the World about Christianity as the “religion to end all religion” is something I’ll leave for later. It’s unfortunate this is not general knowledge.

But there’s a reason for it: It forms so much the furniture (or should I say the Christian furniture?) of our minds that we don’t notice it. It’s how we filter reality.

In fine, there is no one atheist worldview to rail against. There are multiple worldviews calibrated by different reactions against and appropriations of the Christian intellectual heritage. Respect these differences or don a tinfoil hat.

Maybe “only” is not the right word to use for humans?

Nietzsche understood all of these things.

And just like Christianity and atheism aren’t necessarily enemies, neither is religion and science. 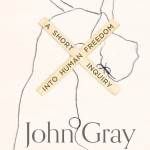 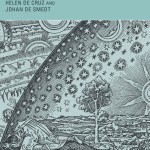 My Response to Abby Johnson's Shocking...
Steel Magnificat
Related posts from Cosmos The In Lost