Nietzsche’s Antichrist is on my all time favorite novels for a particular reason. His writing cannot always be taken as pure philosophy since many of the things he says are fictitious. The genre of fiction deflects much more of the interpretive task onto its readers than philosophy. On the other hand, philosophers tend to speak with authority, because they want their readers to believe what they say in some way corresponds to the way things are. Fiction, on the other hand, allows us to think about counterfactuals, about how things could be.

For example, Nietzsche says in his Antichrist:

Christianity remains to this day the greatest misfortune of humanity.

The following is the reason why:

The Christian movement, as a European movement, was from the start no more than a general uprising of all sorts of outcast and refuse elements (— who now, under cover of Christianity, aspire to power)—It does not represent the decay of a race; it represents, on the contrary, a conglomeration of decadence products from all directions, crowding together and seeking one another out. It was not, as has been thought, the corruption of antiquity, of noble antiquity, which made Christianity possible; one cannot too sharply challenge the learned imbecility which today maintains that theory. At the time when the sick and rotten Chandala classes in the whole imperium were Christianized, the contrary type, the nobility, reached its finest and ripest development. The majority became master; democracy, with its Christian instincts, triumphed… Christianity was not “national”, it was not based on race—it appealed to all the varieties of men disinherited by life, it had its allies everywhere. Christianity has the rancour of the sick at its very core—the instinct against the healthy, against health. Everything that is well— constituted, proud, gallant and, above all, beautiful gives offence to its ears and eyes. Again I remind you of Paul’s priceless saying: “And God hath chosen the weak things of the world, the foolish things of the world, the base things of the world, and things which are despised”:[1 Corinthians 1:27-28.] this was the formula; in hoc signo the decadence triumphed.—God on the cross—is man always to miss the frightful inner significance of this symbol?—Everything that suffers, everything that hangs on the cross, is divine… We all hang on the cross, consequently we are divine… We alone are divine… Christianity was thus a victory: a nobler attitude of mind was destroyed by it.

There seems to be quite a bit of hyperbole going on over here. Yet, it does seem to hit the core of Christianity. Kolakowski puts this radical change in the perspective of the problem of evil and the arguments for the existence of God plus how they play themselves out in secularism in his Freedom, Fame, Lying and Betrayal:

Suffering has always existed, but it seems only now to have become such an obvious and compelling argument against God. It is hard to say whether this is because there is more of it now than there was before. Perhaps we just feel it more: certainly we tend to feel, nowadays, that all suffering is unfair. This, however, is the result rather than the cause of our unbelief.

In his great Lenten preparation reflections, which I’ve written about before, Archbishop Sartain places weakness right in the middle of faith when he quotes Abbot Andre Louf’s Mercy in Weakness:

It is not the person who knows and is able to do things, who judges and condemns who practices faith. By believing a human being yields and surrenders, lowers his arms and drops his weapons; with his whole body and all his possessions he delivers himself up to love.

I can’t think of anything more challenging than this, especially in a time when I am as weak as I am. It is something I would like to throw off and struggle against. Why can’t I finally have some more control over my life? I’m just as ashamed of such a state of affairs as Nietzsche.

Yet, agnostics such as the philosopher Terry Eagleton and the Nobelist novelist J.M. Coetzee also both see this turn toward weakness as a strength, even as an extremely ruthless demand, of Christianity against the worldviews of antiquity and modernity.

Nietzsche in turn, depending on what day you catch him, also harbored positive appraisals of the Christian transvaluation of all values. Like a good novelist he reflected the polyphony of opinion for his readers. For example, here he is in The Gay Science (not a neuroscience fuelled gender studies manifesto!) presenting a heavily Arian (no, not in that sense, but in this one!) appraisal of Christianity:

Speaking in a parable.–A Jesus Christ was possible only in a Jewish landscape–I mean one over which the gloomy and sublime thunder cloud of the wrathful Yahweh was brooding continually. Only here was the rare and sudden piercing of the gruesome and perpetual general day-night by a single ray of the sun experienced as if it were a miracle of “love” and the ray of unmerited “grace.” Only here could Jesus dream of his rainbow and his ladder to heaven on which God descended to man. Everywhere else good weather and sunshine were considered the rule and everyday occurrences.

This seems a little bit too far the other way toward Jesus Christ, Superstar. But then I would argue that deep down there’s always a pious Nietzsche hiding from sight, ashamed of his dependence and disability.

To be honest: Christianity doesn’t produce weaklings; it finds us as we are.

Wouldn’t it be great if it was all glorious like this?

See my TOP10 novels list for Nietzsche and other great reads you’ve probably never heard of. There’s also a similar list of philosophy books if you have a weakness for books. 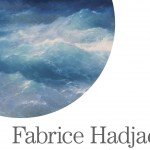 March 3, 2015
Even Demons Believe: Converting the World Will NOT Make Everyone Holy
Next Post 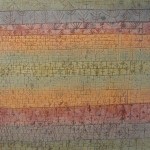 March 5, 2015 11 Most Important Critiques of Modernity According to Thomas Pfau
Recent Comments
0 | Leave a Comment
"Wait a minute, what am I missing? The host must contain some gluten, lest it ..."
RPlavo . The Surprising Anti-Capitalist Logic Behind the ..."
"Gluten intolerance is completely -- and I mean completely -- different from celiac disease. Many ..."
Bobby Lawndale The Surprising Anti-Capitalist Logic Behind the ..."
"Read Bruno's comment: #2 below your ranting comment."
Adrienne Szatkowski Michael Voris’s Stunning and Admirable Broken-Hearted ..."
"Science needs "a confession of sins and an articulate profession of faith"? Seriously?Certainly, individual scientists ..."
Elzbieta 2 Reasons Why the March for ..."
Browse Our Archives
get the latest updates from
Cosmos The In Lost
and the Patheos
Catholic
Channel
POPULAR AT PATHEOS Catholic
1