Just Another Atheist Jewish Catholic: An Interview With Damon Linker

Just Another Atheist Jewish Catholic: An Interview With Damon Linker May 6, 2015 Artur Rosman

Rosman: While Heidegger is consigned to the past, Strauss continues to be a polarizing figure in current American debates. He entered the popular imagination with the ascendancy of the neocons (or Theocons as you call them in one of your books) who are accused of mixing politics with religion. Does he deserve his reputation as a conservative villain? Or has he been profoundly misunderstood, as I believe Voegelin has?

Linker: Yes, I think Strauss has been badly misunderstood, though he deserves some of the blame for this. He founded a school, a philosophical sect, and he must have understood that one’s students cannot be counted on to preserve the founder’s thought in all of its subtlety. Just look at what happened to the students of Socrates. You have Alcibiades, who leads the Sicilian Expedition, which contributes to defeat of Athens to Sparta in the Peloponnesian War. You have Plato, who founds The Academy, which preserves his works and trains philosophers for centuries, including Aristotle, who founds his own school (the Lyceum) and one of whose students (Alexander the Great) goes on to conquer the known world. (Compared to Alcibiades and Alexander, Paul Wolfowitz is a pretty minor and benign figure.) Over the following centuries, the Academy breaks apart into rival schools: Old Academy, New Academy, Pyrrhonian skeptics, Stoics, Neo-Platonists. Some are moralists. Some are radical doubters. Some are quasi-religious mystics who feed into the theology of early Christianity. All from Socrates. Do we blame Socrates for Alcibiades and Alexander? Not usually. Or at least the judgment must be balanced by the fact that he also produced Plato and Aristotle — perhaps the wisest human beings who ever lived.

Rightly understood, Strauss was a skeptic. You can see (or hear) his lack of dogmatism in the recordings of his classes that the Leo Strauss Center at the University of Chicago have been making available. The classes are just Strauss reading and interpreting a primary text, staying very much on its surface, without any intermediary scholarship. A direct encounter of the teacher and students with the text. No historical or other context is superimposed. Or rather, the only context is curious, inquisitive human beings throughout the ages in search of answers to the most fundamental human questions (mostly about love, friendship, justice, death, and God). But even that search is undogmatic: it leads to the discovery of no doctrine or set of precepts. Just an awareness of the “permanent problems” of human life.

Strauss’s reputation for political dogmatism comes from the specific way he encouraged his students to learn and think, which involved getting them to try and break free of the dogmas of the mid-20th century — and some of those dogmas were liberal dogmas. Strauss believed that we should respect and defend liberal ideals while not wholeheartedly accepting their truth. They are a significant part of our “cave” — the cave of political opinion that Plato’s Socrates discusses in Book VII of the Republic. Philosophy involves coming to see the cave for what it is — a distortion of the truth of things — and ascending from it to knowledge or true opinion. As I said, some of the dogmas of our cave are liberal dogmas (often about justice). But there are others — dogmas about honor, glory, nobility, and sanctity or holiness. These are typically taken more seriously by conservatives of our time. Strauss treated conservative dogmas on these matters with great respect, but he didn’t leave them untouched by philosophical criticism. That would have made him a doctrinaire, ideological conservative — as some of his students have become, as if Strauss’ goal was to create puppet masters in the cave. That wasn’t his aim at all — though he surely wouldn’t have been surprised that some students stop their ascent to the truth at that point, still inside the cave. And he probably didn’t think that was the worst thing in the world either. (Much better, he thought, for citizens to be concerned with honor and nobility than fall into nihilism.) But his ultimate goal was to liberate people from every cave, including the cave of conservative moralism. That’s what makes the polemics against him so unfortunate — the ones that accuse him of advocating noble lies to further a partisan agenda. Strauss’s aim was the opposite — to liberate his students and readers from the lies we tell ourselves.

Next Linker discusses the fraught intersection between politics and religion . . . 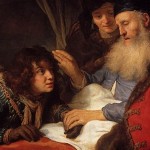 May 6, 2015
Secular Isaac Robs Religious Esau by Praying "LORD, deliver us from salvation!"
Next Post 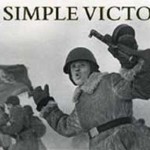 May 8, 2015 Greatest Generation? Russia Is Right, VE Day Was No Simple American Victory
Recent Comments
0 | Leave a Comment
Browse Our Archives
get the latest from
Cosmos The In Lost
Sign up for our newsletter
POPULAR AT PATHEOS Catholic
1