Tom Brokaw’s great myth-building volume, The Great Generation, seeped into the American consciousness a couple of decades ago. The book is an implicit indictment of the American present by comparison to the disinterested and unequivocally heroic efforts of the World War II generation.

Everything in America has to be the greatest, so it’s no surprise this book sold so well and then colored American perception of the past ever since. In classically American Evangelical fashion Brokaw describes his writing process as a Great Awakening, a personal conversion experience:

In the spring of 1984, I went to the northwest of France, to Normandy, to prepare an NBC documentary on the fortieth anniversary of D-Day, the massive and daring Allied invasion of Europe that marked the beginning of the end of Adolf Hitler’s Third Reich. There, I underwent a life-changing experience. As I walked the beaches with the American veterans who had returned for this anniversary, men in their sixties and seventies, and listened to their stories, I was deeply moved and profoundly grateful for all they had done. Ten years later, I returned to Normandy for the fiftieth anniversary of the invasion, and by then I had come to understand what this generation of Americans meant to history. It is, I believe, the greatest generation any society has ever produced.

There’s nothing wrong with conversions, but sometimes certain historical facts, as my extended interview with Damon Linker shows, can and should shake our naive belief. Such a process can lead to a deeper and more profound faith.

The Washington Post piece “Don’t forget how the Soviet Union saved the world from Hitler” is a necessary prophylactic to naive American belief, self-glorification, colonization of history:

The Red Army was “the main engine of Nazism’s destruction,” writes British historian and journalist Max Hastings in Inferno: The World at War, 1939-1945. The Soviet Union paid the harshest price: though the numbers are not exact, an estimated 26 million Soviet citizens died during World War II, including as many as 11 million soldiers. At the same time, the Germans suffered three-quarters of their wartime losses fighting the Red Army.

“It was the Western Allies’ extreme good fortune that the Russians, and not themselves, paid almost the entire ‘butcher’s bill’ for [defeating Nazi Germany], accepting 95 per cent of the military casualties of the three major powers of the Grand Alliance,” writes Hastings.

Oxford historian Norman Davies draws the unattractive conclusions out of these facts in his Europe at War 1939-1945: No Simple Victory. This is how he describes the hard-hitting and straightforward premises of his book on his website:

Europe’s two main combatant powers, the Third Reich and the Soviet Union were both mass-murdering tyrannies that were, by their nature, incapable of bringing freedom to anyone . In the first part of the war, 1939-41, they were partners; in the second part, 1941-45, they were mortal enemies, engaged in a colossal struggle on the Eastern Front that greatly exceeded any other campaigns of the war.

The Western Powers, in contrast, were all but knocked out in 1940; and the entry of the Americans made an impact that came too late to be decisive. Berlin was stormed by the Red Army alone. These truths are obvious to anyone who saw the war in the great expanses between Germany and Russia which Tim Snyder has recently called the Bloodlands. But they are not popular among the public in Britain and America which still believe that “We won the war.”

In the end there was no war of good guys vs. bad guys.

Now for some other forgotten facts:

If there was a greatest generation then it was Soviet minorities–ethnic, religious, political, class, and so on–who were mercilessly shipped to the front-lines as cannon-fodder. For the Russians it was a Great Patriotic War (Stalin) only in the most cynical sense–a kind of de facto ethnic cleansing. Let’s not also forget the Soviets raped their way to Berlin. They also helped to ethnically cleanse what is now Western Poland of Germans with the approval of the Brits and Americans (This, I believe, to this day remains the largest ethnic cleansing in history).

To put the cherry on top:

The Soviets later sent many of the soldiers who liberated Berlin to the Gulags for fear they picked up the sorts of Western liberal ideas (let’s not forget they’re firmly based in Christian theology) Putin is now “combating.”

Eastern Europe was cynically abandoned to Stalin’s sphere of influence by Churchill and Roosevelt at Yalta, because the price of peace and “freedom” was high, and the Allies were not Hollywood good guys by any stretch of the imagination.

If anything, beyond any sides claiming victory for themselves, or something as silly as a greatest generation, all of this should remind us that, according to Christian theology (and it frequently forgets this too), a bloody corpse lies at the crossroads of history.

You might also be interested in reading about the 5 facts World War II and Holocaust commemorations nearly always forget. 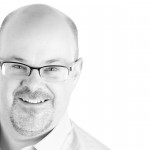 May 6, 2015
Just Another Atheist Jewish Catholic: An Interview With Damon Linker
Next Post 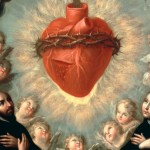 Pseudo-Profundity from Fake Voltaire
Catholic and Enjoying It!
Related posts from Cosmos The In Lost