Does Anyone Still Remember the Einstein vs. Bergson Thrilla in Paris?

Does Anyone Still Remember the Einstein vs. Bergson Thrilla in Paris? May 25, 2015 Artur Rosman 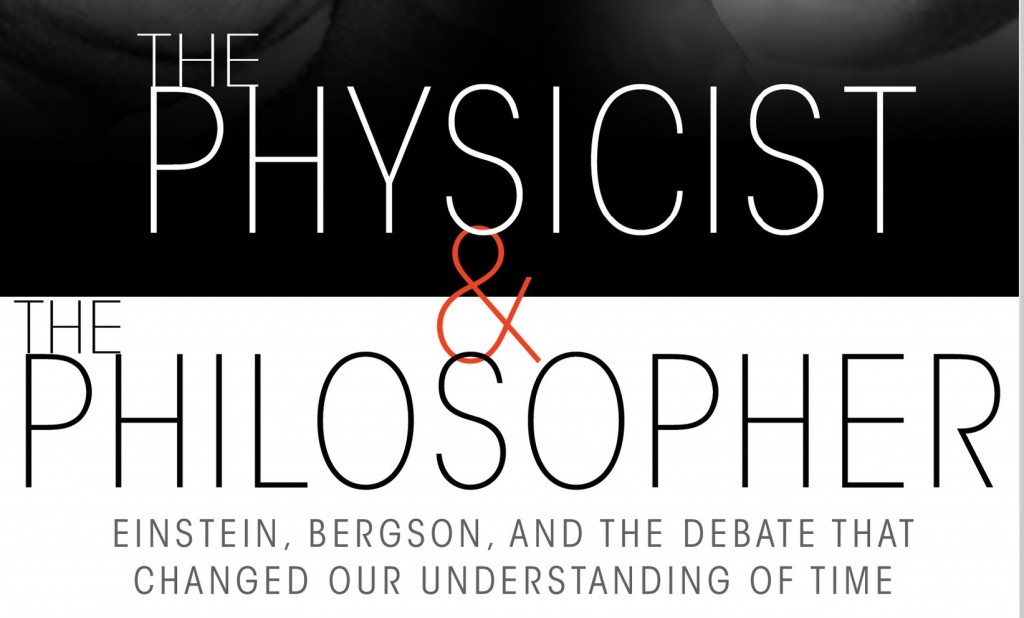 Some of you might vaguely known Henri Bergson through readings of Deleuze imposed upon you by college professors. Bergson, at the start of the 20th century, was once the world’s most famous intellectual. Everybody knows Einstein.

I know Bergson vaguely through his writings on religion. I’m pretty sure Maritain was a former student of his, but then so was everybody (including T.S. Eliot). Maritain’s first book was a critique of Bergson’s philosophy.

Bergson felt the pull of early 20th century Catholicism and considered (or even went through with) converting. You can sense his increasingly sersious preoccupation with religion in his The Two Sources of Morality and Religion.

When they occupied France the Nazis offered to exempt Bergson, because of his great renown, from their anti-Semitic laws. Bergson refused. He also refused to publicly convert to Catholicism. Some say he converted in secret. Catholic prayers were said at Bergson’s funeral at his own request by a priest.

This great tenaciousness is something that has always appealed to me about the man. I did not know that Bergson was also tenacious enough to take on Einstein in a public debate when the physicist’s fame was on a meteoric rise while the French philosopher’s influence was starting to wane. Apparently everybody in Paris thought Bergson was an old fool for taking on the young intellectual.

Princeton University Press was kind enough to send me Human Nature and Jewish Thought: Judaism’s Case for Why Persons Matter out of the blue. I never asked for it. The blurb sure makes it sound like a promising book:

This book explores one of the great questions of our time: How can we preserve our sense of what it means to be a person while at the same time accepting what science tells us to be true—namely, that human nature is continuous with the rest of nature? What, in other words, does it mean to be a person in a world of things? Alan Mittleman shows how the Jewish tradition provides rich ways of understanding human nature and personhood that preserve human dignity and distinction in a world of neuroscience, evolutionary biology, biotechnology, and pervasive scientism. These ancient resources can speak to Jewish, non-Jewish, and secular readers alike.

Science may tell us what we are, Mittleman says, but it cannot tell us who we are, how we should live, or why we matter. Traditional Jewish thought, in open-minded dialogue with contemporary scientific perspectives, can help us answer these questions. Mittleman shows how, using sources ranging across the Jewish tradition, from the Hebrew Bible and the Talmud to more than a millennium of Jewish philosophy. Among the many subjects the book addresses are sexuality, birth and death, violence and evil, moral agency, and politics and economics. Throughout, Mittleman demonstrates how Jewish tradition brings new perspectives to—and challenges many current assumptions about—these central aspects of human nature.

When I looked at their press homepage after receiving their generous gift I noticed something else I’d like to read: The Physicist and the Philosopher: Einstein, Bergson, and the Debate That Changed Our Understanding of Time by Jimena Canales. Here’s the setup:

On April 6, 1922, in Paris, Albert Einstein and Henri Bergson publicly debated the nature of time. Einstein considered Bergson’s theory of time to be a soft, psychological notion, irreconcilable with the quantitative realities of physics. Bergson, who gained fame as a philosopher by arguing that time should not be understood exclusively through the lens of science, criticized Einstein’s theory of time for being a metaphysics grafted on to science, one that ignored the intuitive aspects of time. The Physicist and the Philosopher tells the remarkable story of how this explosive debate transformed our understanding of time and drove a rift between science and the humanities that persists today.

Jimena Canales introduces readers to the revolutionary ideas of Einstein and Bergson, describes how they dramatically collided in Paris, and traces how this clash of worldviews reverberated across the twentieth century. She shows how it provoked responses from figures such as Bertrand Russell and Martin Heidegger, and carried repercussions for American pragmatism, logical positivism, phenomenology, and quantum mechanics. Canales explains how the new technologies of the period—such as wristwatches, radio, and film—helped to shape people’s conceptions of time and further polarized the public debate. She also discusses how Bergson and Einstein, toward the end of their lives, each reflected on his rival’s legacy—Bergson during the Nazi occupation of Paris and Einstein in the context of the first hydrogen bomb explosion.

Doesn’t this sound like an intellectual adventure? Can’t wait to see.

You should also check out the great little enigmatic film Jimena Canales made with a student all about the contours of this great controversy:

Read my interview with TheWeek.com’s Damon Linker for another story tangentially related to Judaism.

May 24, 2015
What Are the 7 Essential Poems for Pentecost? +Pantheon Surprise
Next Post 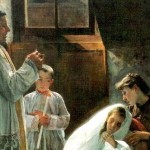 May 26, 2015 Ireland & Legitimacy: An Ironic Correlation Between Clergy Abuse & Gay Marriage
Recent Comments
0 | Leave a Comment
Browse Our Archives
get the latest updates from
Cosmos The In Lost
and the Patheos
Catholic
Channel
POPULAR AT PATHEOS Catholic
1

Hays’ Calvinist Prooftexts #4: Judgment of Assyria
The late Steve Hays was a Protestant Reformed, anti-Catholic apologist, very active...
view all Catholic blogs
What Are Your Thoughts?leave a comment
Copyright 2008-2021, Patheos. All rights reserved.