They say that correlation does not imply causation. However, when you continually see a pattern develop between two seemingly different types of events, you start wondering whether there isn’t an internal relation between them. I noticed something of the sort recently.

The historian of the Catholic Enlightenment (yes, there was such a thing!), Ulrich Lehner, posted a reflection on the Irish gay marriage referendum. For me it became a catalyst to thinking about the internal relation between the Clergy Sex Abuse Scandals (are those now such an event they should be capitalized?) usually being followed by an acceptance of gay marriage both as a matter of general opinion and at the polls.

Joseph Bottum’s An Anxious Age was an added impetus, especially his background to the scandals:

Meanwhile, the bishops did not help their own situation. The scandals that broke in 2002 overwhelmingly concerned crimes that had happened during the 1970s and 1980s, at the peak  of a peculiar diffidence that had captured the diocesan offices. With so many priests leaving the priesthood, how could the hieraarchy crack down on the ones who remained? Besides, after all the dissent on birth control, the bishops seemed embarrassed at the Church’s apparant failure to be modern–and the best modern opinion at the time told them that deviant sexuality in the clergy required psychiatric treatment rather than being addressed with the old theological categories such as sin and penance.

It was the best legal opinion, as well. Lawyers for the Church in those days consistently argued for psychiatric treatments and bureaucratic reassignments, fearing that any ecclesiastical punishment would be an admission of institutional guilt.

In summary: the bishops went in for the psychologizing spirit of the times in order to look “modern.” Hard old monastic penance of the sort that invented the penitentiary were abandoned (See: Ulrich Lehner’s Monastic Prisons and Torture Chambers).

It’s funny (not haha) how much psychology has been debunked as a pseudo-science since its days of unquestioned, bordering on superstitious, glory in the 60s and 70s (See: The Freud Files, a volume edited by my former professor Mikkel Borch-Jacobsen)

I should add that it was also somehow overlooked that the popularization of 1960’s psychology and its sacralization of sexual liberation (think: Norman Brown’s Love’s Body) that both emptied the priesthood and dried up monastic vocations.

It all looks like inviting the Trojan Horse into the city of God. That sort of behavior can only leave you scratching your head in retrospect like the Peasant of Garonne. It’s the stuff of conspiracy theories that almost, nearly, makes you want to become a Rad-Trad.

But it all gets even weirder. Bear with me.   There is a great irony.

The treatment of sexual deviants by the Church between 60s and 80s helped to build the case for gay marriage in many formerly Catholic countries and countries where the Catholic presence was strong even if it was not the voice of the majority such as the United States.

The psychologizing (i.e. being “modern”) of dealing with sexual abusers gave the abusers an environment to thrive in.

The fallout of their abuses cause a severe legitimacy crisis for the Church. And Anna Grzymała-Busse has recently argued in Nations under God: How Churches Use Moral Authority to Influence Policy that the Church’s main, perhaps sole, source of legitimacy in modern democratic countries is their moral authority derived from faithful witness.

In the end, once the Church’s moral authority had been eroded by these scandals (most frequently involving homosexual behavior), ironically meant that its opposition to gay marriage, even in former Catholic strongholds such as Ireland, would fall upon deaf ears.

Catholic intellectuals and bishops in the United States and elsewhere are at the forefront of opposing the redefinition of marriage, while Evangelicals are caving in much as they did when Roe v. Wade de facto legalized all abortion.

But the collapse of legitimacy has been so great that even a conservative Catholic like Jody Bottum has partially given up the Ghost and made a case for gay marriage in Commonweal.

Perhaps the correlation-cause theory is not as ironic as it looks at first?

I believe the next couple of decades will see this pattern ironically playing itself out again and again, to the advantage of proponents of gay marriage.

It is one of the consequences of the structural differences between Catholic and Protestant sex scandals. My piece on the topic explains the reasons why, besides the fact that they do not involve homosexual intercourse, scandals like the Duggar’s do not have the same publish consequences (not entirely a positive thing) as Catholic sex scandals.

There are also other ways in which Catholic theology unintentionally paved the way for the acceptance of gay marriage. 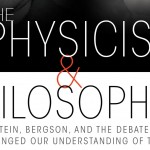 May 25, 2015
Does Anyone Still Remember the Einstein vs. Bergson Thrilla in Paris?
Next Post 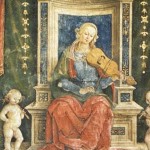 May 27, 2015 On the Divine Origins & Soul of Music: An Interview With Ted Gioia
Recent Comments
0 | Leave a Comment
"Wait a minute, what am I missing? The host must contain some gluten, lest it ..."
RPlavo . The Surprising Anti-Capitalist Logic Behind the ..."
"Gluten intolerance is completely -- and I mean completely -- different from celiac disease. Many ..."
Bobby Lawndale The Surprising Anti-Capitalist Logic Behind the ..."
"Read Bruno's comment: #2 below your ranting comment."
Adrienne Szatkowski Michael Voris’s Stunning and Admirable Broken-Hearted ..."
"Science needs "a confession of sins and an articulate profession of faith"? Seriously?Certainly, individual scientists ..."
Elzbieta 2 Reasons Why the March for ..."
Browse Our Archives
get the latest updates from
Cosmos The In Lost
and the Patheos
Catholic
Channel
POPULAR AT PATHEOS Catholic
1

Happiness is a Warm House
We have heat!  I don't have Covid!  Everybody Mambo! Everybody Mambo GIFfrom...
view all Catholic blogs
What Are Your Thoughts?leave a comment
Copyright 2008-2021, Patheos. All rights reserved.