Do You Know Why You Can Blame Catholics for Gay Marriage?

Do You Know Why You Can Blame Catholics for Gay Marriage? April 15, 2015 Artur Rosman

Today I would like to continue in the vein started by my discussion of the profoundly heteronormative orientation of Catholic monasticism.

Now, American anti-Catholicism is a reality. Catholics are blamed for some of the following: being illiberal, the “barbaric” crimes of the Inquisition (therefore totalitarianism), stifling science, being bad American patriots, and generally, for not being Protestant.

I could continue this litany indefinitely.

The one thing Catholics haven’t been blamed for is gay marriage. Yet. That will require a lesson in historical memory.

The recent popularization of the theology of marriage is an immense shift in Catholic thinking as Fabrice Hadjadj pointed out in the interview I translated for Ethika Politika.

This is so obvious that in his 20th Century Catholic Theologians Fergus Kerr summarized the period under discussion in his book as a paradigm shift from neoscholasticism to nuptial mysticism. Kerr, as a Thomist, is not entirely convinced this was a positive shift and he has Crisis Magazine on his side. The latter thinks that the overemphasis of marital metaphors has produced (what else?!) a crisis in vocations:

Everyone, however, has an innate desire to get married. Religious life is a renunciation, but marriage is a positive good. So, if we ask people to decide between religious life and marriage on the basis of their desires, they are going to choose marriage every time. And that’s what’s happening. Vocations directors tell their advisees to prayerfully search their desires in order to find their vocation. The advisees search, and what do they find? An aversion to religious life and a desire for marriage. So they choose marriage. Meanwhile, religious orders shrink and die.

The gay Catholic blogger Andrew Sullivan grew up within this atmosphere of upwardly trending commitment to marriage. Is it any wonder he was perhaps the first person to propose the then novel notion of gay marriage in his The New Republic piece “Here Comes the Groom“?

All the way back in 1989 he proposed gay marriage as a “conservative” partial solution to a whole bunch of post-AIDS crisis problems of the gay community:

Last month in New York, a court ruled that a gay lover had the right to stay in his deceased partner’s rent-control apartment because the lover qualified as a member of the deceased’s family. The ruling deftly annoyed almost everybody. Conservatives saw judicial activism in favor of gay rent control: three reasons to be appalled. Chastened liberals (such as the New York Times editorial page), while endorsing the recognition of gay relationships, also worried about the abuse of already stretched entitlements that the ruling threatened. What neither side quite contemplated is that they both might be right, and that the way to tackle the issue of unconventional relationships in conventional society is to try something both more radical and more conservative than putting courts in the business of deciding what is and is not a family. That alternative is the legalization of civil gay marriage.

Sullivan even speculated that had Edmund Burke been alive in the lat 80’s he would have been on board with his proposal:

Legalizing gay marriage would offer homosexuals the same deal society now offers heterosexuals: general social approval and specific legal advantages in exchange for a deeper and harder-to-extract-yourself from commitment to another human being. Like straight marriage, it would foster social cohesion, emotional security, and economic prudence. Since there’s no reason gays should not be allowed to adopt or be foster parents, it could also help nurture children. And its introduction would not be some sort of radical break with social custom. As it has become more acceptable for gay people to acknowledge their loves publicly, more and more have committed themselves to one another for life in full view of their families and their friends, A law institutionalizing gay marriage would merely reinforce a healthy social trend. It would also, in the wake of AIDS, qualify as a genuine public health measure. Those conservatives who deplore promiscuity among some homosexuals should be among the first to support it. Burke could have written a powerful case for it.

Believe it or not, this was a marginal position back in 1989. The gay community saw it as imposing heteronormativity upon them, simply, as selling out.

Michael Warner was probably Sullivan’s most vocal opponent. His criticisms later crystallized in the volume The Trouble with Normal: Sex, Politics, and the Ethics of Queer Life. He argued for a full sexual autonomy and saw any arguments for taming and channeling sexual desire as harmful not only to gays, but everyone. Forget Burke, Warner was not on board with things like this said by Sullivan:

Gay marriage also places more responsibilities upon gays: It says for the first time that gay relationships are not better or worse than straight relationships, and that the same is expected of them. And it’s clear and dignified. There’s a legal benefit to a clear, common symbol of commitment. There’s also a personal benefit. One of the ironies of domestic partnership is that it’s not only more complicated than marriage, it’s more demanding, requiring an elaborate statement of intent to qualify. It amounts to a substantial invasion of privacy. Why, after all, should gays be required to prove commitment before they get married in a way we would never dream of asking of straights?

There you have it. This is one of the unintended of Catholic nuptial mysticism.

If you’re so inclined, blame a Catholic today for the all the wedding cake controversies.

To sum it all up: Gay marriage was NOT a secular idea. The idea was first publicly advocated by a Catholic who grew up with a conservative and marriage-oriented theology.

Even though the idea for gay marriage in the United States comes out of the Catholic tradition, and is profoundly influenced by trends in its theology, that does not mean that it will become normative for that tradition. More about this tomorrow.

What’s really interesting is how today’s public debate surrounding the issue of gay marriage gets quashed in a typically American/Puritan manner.

If you’re interested in theological connections to gender studies then you might want to read my (awful) comedy piece on Judith Butler as Ockham’s God.

I would like to thank Dr. Justin Tse for pointing out this historical fact during one of his lectures and later in private conversation. 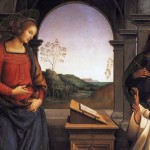 April 14, 2015
Does Catholic Monasticism Have a Sexual Orientation?
Next Post 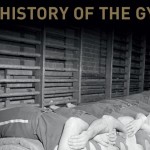 April 16, 2015 Temple of Perfection: Christianity, Homosexuality & America at the Gym
Recent Comments
0 | Leave a Comment
Browse Our Archives
get the latest updates from
Cosmos The In Lost
and the Patheos
Catholic
Channel
POPULAR AT PATHEOS Catholic
1