Does Catholic Monasticism Have a Sexual Orientation?

The answer to the the title question is, surprisingly, “yes.” But the reasons for it are even more surprising.

You might remember Fabrice Hadjadj from my post on converting the world not being an end in itself, or the post about St. Augustine praying over a man’s hemorrhoids (and the problem of radical evil).

Here he is giving you the lowdown on the sexual orientation of Catholic monastics in an interview I recently translated:

Monika Holvoote: The second important question that I would like to ask you is about celibacy. The book The Depths of Sexuality opens with a quotation from Proverbs about “the way of a man with a young woman” and closes with a mysterious chapter on the Virgin Mary. Are celibacy and sexuality mutually exclusive?

Fabrice Hadjadj: In order to answer this question you must first become aware of the ties between married life and the religious life. The religious—even when they conduct a very deep spiritual life—cannot go beyond the model that includes sex. The relationship with God is realized on the pattern of sonship or on the spousal pattern. In the greatest mystics we find spousal analogies. This is especially apparent in St. Teresa of Avila and in St. John of the Cross. But of course it was there already in the Song of Songs, where a dialogue between spouses is the model of mystical life. The religious therefore base themselves upon the reality of sex in order to lead a religious life.

But we can go further and state that the life of the religious does not negate the sexual difference. We know that in convents the relationship to Christ is the most substantial, while for monks the quality of religious life greatly depends upon Marian devotion. If you take away the cult of the Mother of God then monastery life dies; Protestantism is proof of this. Extremely radical monastic life, for example the rule of the Carthusians, requires an unusually lively relationship with Mary. The Carthusians have a room called an “Ave Maria” and whenever they pass through it they say a Hail Mary. They also have a double service, of which one is dedicated to Mary.

Also, when looking at the priesthood we can ask why women do not have access to the priesthood in the strict sense. This is because the structure of the priesthood is a masculine structure. The priest fulfills mediating functions, he transmits grace. This is how it is for the masculine sex: The man begets something outside of himself. This later creates the need for a place where the granted grace can grow, and it is precisely the woman who in the Church fulfills the role of reception. Women are entrusted with the service of persisting in prayer, expressing sympathy, and granting hospitality. Thus, just as the supernatural does not cancel out the natural, so the spiritual does not negate the sexual. This is especially visible in Catholicism.

When we explore these matters from the side of marriage we can see that the married life needs celibacy. The religious are simply indispensable for married people. This is because sexuality implies two virtues: purity and hope. If a man comes closer to a woman he must respect her otherness and cannot act upon the principle of pure impulse. Sexuality in itself is an opening onto another person and always presupposes some form of purity. And if this is so, then it requires persons who through their celibacy confirm purity for people who live in marriage. The monk who lives in complete abstinence is a living witness to the fact that there is no sexual fatalism that would require people to satisfy drives in an animal manner. When it comes to the virtue of hope, it is tied with the matter of faithfulness. Faithfulness is something difficult because it is not easy to live with one person until death. It is difficult to bear old age and it is difficult not to fall into routine or not to give into the temptation to run away. I think that faithfulness presupposes faith in the resurrection of the body, in the belief that life really fulfills itself in something concrete. In relation to children there comes the question: Why give them life when we know they are going to die? I have six myself and frequently tell myself that I have them with monks [laughs]. It’s true, because the monks are a living witness to hope since it is as if they already live in eternity. It is the monk who makes sexual liberation possible. For example, where does circumcision come from? So that a man can take sexuality to its end, including his fertility. He wears upon his body a sign of God’s promise, that family life is for something, that it is not given up to nothingness.

MH: Then, is the virginity of Mary the ultimate depth of human sexuality?

FH: Yes, Mary’s virginity is not a rejection of sexuality as is frequently thought, but, on the contrary, its most perfect fulfillment. Mary is not asexual, but a woman made of blood and bone. As I was saying, sexuality is above all an opening onto transcendence. It is, which is especially important here, a fertile opening. It enters into a drama and this drama is connected with being fruitful. In Mary this opening is radical. She reveals that the essence of sexuality is not a passing pleasure, but being open to the Other as Other. This Other for her is God himself. Therefore in the case of Mary we are dealing with the revelation of the very essence of sexuality. This revelation can only be given after sin, because if sin did not exist the sexual relation between a man and a woman would be sufficient for the opening onto transcendence to be direct. After sin everything is unclear and we are limited by lust. Mary entered into transcendence in an extreme manner and through her virginity she reminds us of the supernatural essence of sexuality.

You can read the rest of this very long read interview about sexuality as transcendence (translated by yours truly) on Ethika Politika right here.

By the way, given the indirect mention of Emmanuel Levinas (and phenomenology), you might want to take a look at my post on how phenomenology has been baptized by French Catholic thinkers.

UPDATE: One of my readers tells me the foremost living expert on medieval mysticism, Denys Turner, author of endlessly acclaimed The Darkness of God, has written a book on the topic of this post. It’s entitled Eros And Allegory: Medieval Exegesis of the Song of Songs and here’s its blurb:

For centuries male celibates have described, expressed, and celebrated their love of God in the language of sex, most prolifically and characteristically in a thousand years’ commentarial tradition on the Song of Songs. After analysing the tradition, its logic and its imagery, Turner provides translations of commentaries by Gregory the Great, Alcuin of York, Hugh of Saint Victor, William of Saint-Thierry, Alan of Lille, Thomas of Perseigne, Thomas Galus, Thomas Aquinas, Giles of Rome, Nicholas of Lyra, Denys the Carthusian, and John of the Cross. 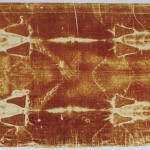 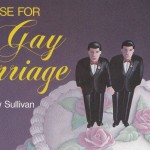 April 15, 2015 Do You Know Why You Can Blame Catholics for Gay Marriage?
Recent Comments
0 | Leave a Comment
"So you in fact did not vote for the lesser of two evils but instead ..."
gethoht Hunter S. Thompson’s Fear and Loathing ..."
"Wait a minute, what am I missing? The host must contain some gluten, lest it ..."
RPlavo . The Surprising Anti-Capitalist Logic Behind the ..."
"Gluten intolerance is completely -- and I mean completely -- different from celiac disease. Many ..."
Bobby Lawndale The Surprising Anti-Capitalist Logic Behind the ..."
"Read Bruno's comment: #2 below your ranting comment."
Adrienne Szatkowski Michael Voris’s Stunning and Admirable Broken-Hearted ..."
Browse Our Archives
Related posts from Cosmos The In Lost