The concept of “Just War” originates in the writings of St. Augustine. He was perhaps the first Christian theologian to argue for active Christian participation in the military. The three centuries of theologians who came before him were highly skeptical about Christian participation in armed conflict. Some soldiers had to undergo extended penance (as in several months or even years) before they could enter back into full communion with the Church. This was fairly standard.

There was always something strange about the Just War Doctrine. Just look at how Jesuitical Augustine sounds in The City of God some 1000 years before there were any Jesuits:

They who have waged war in obedience to the divine command, or in conformity with His laws, have represented in their persons the public justice or the wisdom of government, and in this capacity have put to death wicked men; such persons have by no means violated the commandment, “Thou shalt not kill.”

If this logic sounds highly suspicious then you might be really surprised where the frequently cited Augustinian dictum “Love and do what you will” comes from. It comes from the 7th Homily on First John and is preceded by, “If you mark the persons, it is charity that beats, iniquity that caresses.”  Is it a stretch to call this a physical work of mercy? Will you still use the popular quote for your pet political causes or Valentine’s Day cards?

Recent years have seen sustained criticisms of such Just War argumentation. This comes after the theory reached its zenith of popularity during the Catholic grab for the American naked public square.

Just War’s biggest defeat, its nadir, came at the hands of John Paul II and Benedict XVI who prophetically rejected the Gulf Wars so enthusiastically embraced by certain influential Catholics. St. John Paul II, who no doubt knew what went into the catechism he helped to shepherd into being, went so far as suggesting war is obsolete.

Now, I’ve been wrapping up my reading of Ulrich Lehner’s The Catholic Enlightenment: The Forgotten History of a Global Movement (I wrote earlier about the pro-life movement roots in Catholic Enlightenment reasoning). Lehner’s aim is to recover the Catholic contributions to the Enlightenment, which is erroneously thought to be a purely secular movement. One should give Lehner credit for not only owing up to the bright and cheerful part of the story (Catholic science, feminism, and heroic charity), but also documenting how Catholics reflected the darker trends of that time as well. One of them was slavery and prejudice.

Here’s a passage from The Catholic Enlightenment that captures the good and the bad in almost dizzying fashion, from one sentence to the next:

While in the 16th century Dominican friars such as Bartolomeo de las Casas voiced concern about the enslavement of the Indians, the enslavement of Africans was condoned. One reason was that Africans were usually identified as idolaters or infidels who had lost the proper purpose of religion–to elevate the human mind toward God. Even for radical materialist Enlightener Diderot, a critic of slavery, Africans were intellectually “limited to the present life, with no inkling of a future state.” Moreover, by the reasoning of theologians Africans and Asians could be enslaved because they had lost their freedom when they resisted in a “just war” that the West had waged against them. This idea was key to almost universal enslavement because, of course,most nations resisted European attempts at mission or colonization.

Now if you can imagine Just War was flexible enough to justify slavery, then perhaps it is so flexible as to be almost useless, at least in our times, as some scholars argue?

Catholic history can be really depressing. If you think we live in an age of crisis, then you really have no idea, no perspective. 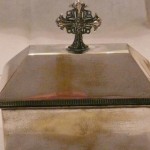 January 25, 2016
St. Kateri Relic Rescue: The Most Catholic GoFundMe Campaign Ever
Next Post 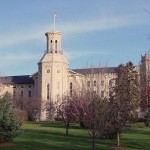 January 27, 2016 Wheaton Professor Claims White Privilege & Sexism Are Behind Larycia Hawkins Controversy
Recent Comments
0 | Leave a Comment
"So you in fact did not vote for the lesser of two evils but instead ..."
gethoht Hunter S. Thompson’s Fear and Loathing ..."
"Wait a minute, what am I missing? The host must contain some gluten, lest it ..."
RPlavo . The Surprising Anti-Capitalist Logic Behind the ..."
"Gluten intolerance is completely -- and I mean completely -- different from celiac disease. Many ..."
Bobby Lawndale The Surprising Anti-Capitalist Logic Behind the ..."
"Read Bruno's comment: #2 below your ranting comment."
Adrienne Szatkowski Michael Voris’s Stunning and Admirable Broken-Hearted ..."
Browse Our Archives
Related posts from Cosmos The In Lost