TOP 10 Books on the Ecstatic Pessimism of the Polish Soul

TOP 10 Books on the Ecstatic Pessimism of the Polish Soul July 29, 2016 Artur Rosman

As a former university instructor I cannot help wondering what books I would’ve assigned to a class of students planning on going to, or coming back from, World Youth Day in Krakow (see my offbeat guide to Krakow here).

What would I tell them about Poles without scaring them? How could I explain the country’s strange history? How would I explain the Polish psyche? With literature, of course. Thus, this list will concentrate upon literary works, because that’s both Poland’s intellectual strength, and literature has a way of helping you imagine things that seem incomprehensible in prose.

Just like with Polish people, there will be something whimsical and arbitrary about this list. I’ll go with the books that first pop into my mind. The picture they will paint, I suspect, is of a strange people, perhaps too strange for decent Anglo-Saxons, and uptight Westerners.

They are books about a colonized people who’ve also done their fair share of colonization. A people who have no trouble in believing in Original Sin, yet, they also revere the Communion of the Saints. Poles are Romantics, they perhaps the last Romantic nation in the world (it is frequently said Romanticism isn’t over yet in Poland) who value the bonds of tradition almost as much as their own anarchic freedom.

If you attempt to read these books in some combination, then you will discover Poles are ecstatic pessimists. 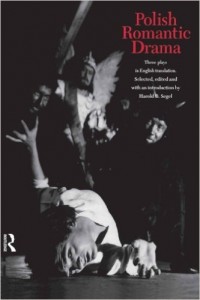 This is the first volume in English to be devoted entirely to Polish Romantic drama. It contains translations of three major plays: Forefathers; Eve, Part III, by Adam Mickiewics; The Un-Divine Comedy by Zygmunt Krasinski; and Fantazy by Juliusz Slowacki. In his highly informative introduction, Professor Segel discusses the plays against the background of the Romantic movement in Poland and points out their ideological and artistic importance. As products of a revolutionary Poland; they were written and published in Paris by writers who either resettled there after the Insurrection of 1830 or otherwise identified with the Great Emigration; they are permeated with the spirit of Romantic Rebellion, with pleas for universial justice, and with queries concerning the role of the poet in society. Brillant productions of the plays in Poland in the late nineteenth and early twentieth-centuries gave impetus to an entire tradition of modern Polish theatrical experimentation as well as dramatic writing which extends to the present day. 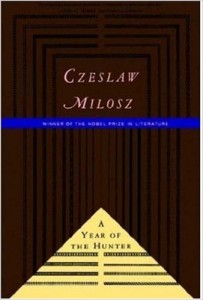 The Year of the Hunter H, Czeslaw Milosz

Like Native Realm, Czeslaw Milosz’s autobiography written thirty years earlier, A Year of the Hunter is a “search for self-definition.” A diary of one year in the Nobel laureate’s life, 1987-88, it concerns itself as much with his experience of remembering as with the actual events that shape his days. Shuttling between observations of the present and reconstructions of the past, he attempts to answer the unstated question: Given his poet’s personality and his historical circumstances, has he managed to live his life decently?

From Milosz’s thoughts on the Catholic Church and his conversations with Pope John Paul II to his impatience with sixties American radicalism and his reflections on the avant-garde, A Year of the Hunter brims with caustic wit and shrewd observations about people, places, politics, and literature. Milosz also gives us a deeply personal portrait of life in pre-war Poland in which he charts his conflicting feelings about Poland and the Polish people.

Lively in tone, impressive in its intellectual breadth, A Year of the Hunter offers a splendid introduction to Milosz for new readers and, for those who know his essays and poetry, the pleasure of watching him master another genre. 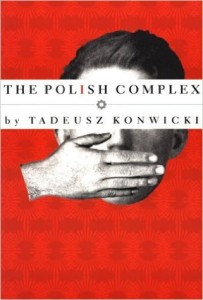 The Polish Complex takes place on Christmas Eve, from early morning until late in the evening, as a line of people (including the narrator, whose name is Konwicki) stand and wait in front of a jewelry store in Warsaw. Through the narrator we are told of what happens among those standing in line outside this store, what happens as the narrator’s mind thinks and rants about the current state of Poland, and what happens as he imagines the failed Polish rebellion of 1863. The novel’s form allows Konwicki (both character and author) to roam around and through Poland’s past and present, and to range freely through whatever comes to his attention. By turns comic, lyrical, despairing, and liberating, The Polish Complex stands as one of the most important novels to have come out of Poland since World War II. 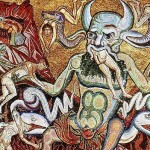 July 28, 2016
Demons of Liberal Democracy Haunt Poland After the Hell of Communism
Next Post 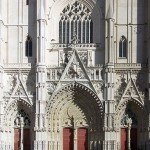 July 31, 2016 Why Are Muslims Filling Up France's Traditionally Empty Churches Today?
Recent Comments
0 | Leave a Comment
Browse Our Archives
get the latest from
Cosmos The In Lost
Sign up for our newsletter
POPULAR AT PATHEOS Catholic
1