You can read here in more detail why I think it might be expedient for Catholics and other groups to divest themselves from tax exemptions and the restrictive laws on religious freedom that follow upon them.

It gets more complicated, because the Catholic hierarchy threw all their efforts in asserting their rights into something call The Fortnight For Religious Freedom. This is the very opposite of divesting. It might work in their favor on abortion issues under the Trump administration, but their simultaneous efforts to defend immigrants will most likely get shut down and should lead to conflict with the present administration.

What’s strange to see is how the left is now magically discovering religious freedom (for Muslims from certain areas of the world), denial of service (to Melania herself and Trump supporters), political obstruction (not approving appointments, resisting executive orders), and maybe even political violence (see the video of a preschool teacher from the Seattle protest below) as legitimate “radical” political tools. For the past eight years they were considered to only be tools of reactionaries. 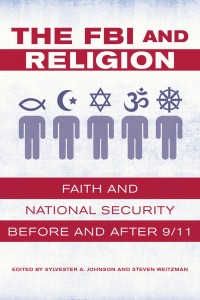 The shift towards embracing “religious freedom,” a notion that was frequently mocked over the past decade, by Democrats as hypocrisy is all over the news. It is a veritable return of the repressed.

One example is the following advertisement, consisting of a link to an interview with the authors, for the book The FBI and Religion promoted by the University of California Press on Facebook:

Our experience in co-editing The FBI and Religion: Faith and National Security Before and After 9/11, has taught us that not only is such a surveillance regime conceivable: it also has precedent in American history. Drawing together contributions from more than a dozen scholars, the volume covers the history of the FBI’s interactions with various religious communities—Protestant, Catholics, Jews—and it shows that the Bureau has a long track-record of surveilling, infiltrating, and occasionally harming religious communities and leaders that it deems a threat. The FBI and other law enforcement agencies play a critical role in defending religious communities from hate crimes, but this history suggests that that they too can succumb to suspicion and stereotype, and become forces of persecution in their own right. 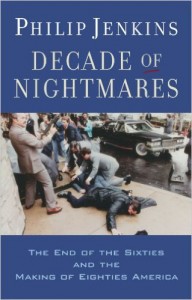 This a laudably wider concern with religious freedom than most of you’re going to see out there. Granted, the essays in The FBI and Religion might not all be written by left-leaning scholars, even if they are published by the California university system. There’s that.

If you would like to read an in-depth study about the inequality inherent in the American religious freedom system (sorry, couldn’t help myself with that phrasing) then check out David Sehat’s The Myth of American Religious Freedom for a historical account and William T. Cavanaugh’s Field Hospital: The Church’s Engagement with a Wounded World for a more theological account.

If the left takes back the tradition of armed conflict with the government as advocated in the video below, then you should probably take a look at A Decade of Nightmares, which is about American revolutionary violence (among other things) in the 1970’s. It never hurts to remember that violence is not an alt-right problem, but a human problem.

If you’re also interested in the opposite side of the political spectrum, then see: Alt-Right Bête Noire Milo Yiannopoulos is an Aquinas-quoting Catholic 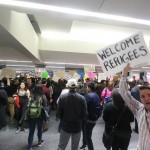 January 29, 2017
Why is the Trump Administration's Executive Order Muslim Ban Forcing a Constitutional Crisis?
Next Post 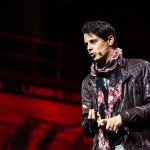 February 2, 2017 Alt-Right Bête Noire Milo Yiannopoulos is an Aquinas-quoting Catholic
Recent Comments
0 | Leave a Comment
Browse Our Archives
get the latest from
Cosmos The In Lost
Sign up for our newsletter
POPULAR AT PATHEOS Catholic
1