More of the Top 20 Most Damning Bible Contradictions (Part 5) 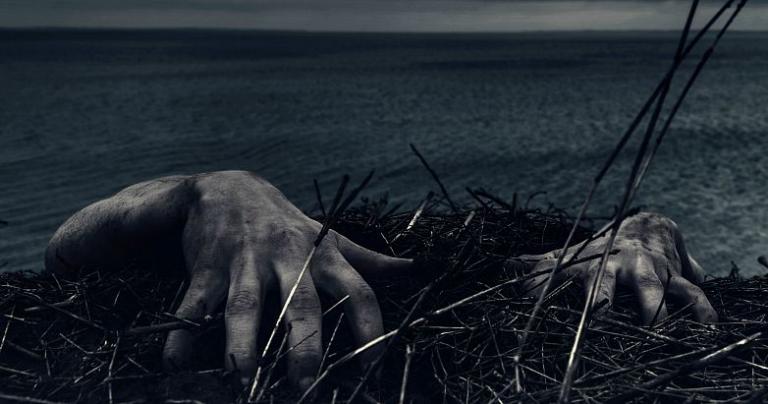 I recently summarized my Top 20 list of the Bible’s most damning contradictions. But wouldn’t you know it—like zombies that just keep coming, there are more!

These aren’t trivial contradictions—something such as the number of years of a king’s reign reported differently in two places. No, these are contradictions that can’t easily be dismissed.

Christian apologists have had 2000 years to notice the problems and come up with something, but that doesn’t mean their answers are satisfactory. If anyone points out that my examples here are wrong or misleading, I’ll correct them and identify the helpful reader.

21. Jesus predicts his death and resurrection, but everyone forgot

Some of these aren’t contradictions so much as plot holes—two plot elements that can’t coexist. This is an example.

The gospels clearly and repeatedly show Jesus predicting his death and resurrection. Here are just a few of more than ten examples:

[Jesus said,] “We are going up to Jerusalem, and the Son of Man will be delivered over to the chief priests and the teachers of the law. They will condemn him to death and will deliver Him over to the Gentiles to be mocked and flogged and crucified. And on the third day He will be raised to life.” (Matthew 20:18–19)

Then He began to teach them that the Son of Man must suffer many things and be rejected by the elders, chief priests, and scribes, and that He must be killed and after three days rise again. (Mark 8:31)

They know that Jesus will soon be crucified, and they know how long until he’s raised from the dead. But if everyone knows this, why then are they morose after the crucifixion? Why are women going to the tomb with spices, expecting to find a dead body? Why does the empty tomb surprise them? And why wasn’t there a crowd to witness the miraculous event themselves—if not the multitudes that welcomed Jesus into Jerusalem on Palm Sunday just a week earlier, then at least his inner circle?

You see what I meant about the plot hole—a good editor would’ve noticed that a straightforward consequence of Jesus’s many clear declarations about rising again would’ve brought people eager to see the promise fulfilled—or at least unsurprised when it was.

22. Jesus and the zombies

Clear your mind of that problem and let’s review the empty-tomb story from a different angle. The women visit the tomb of Jesus to apply spices to the body and are shocked to see the tomb empty. They run back to tell the male disciples (or not, according to Mark) who are likewise astonished. Later that evening, Doubting Thomas, who surely performed more laudable actions in his life than just doubt, did what he’s best known for.

But why would it have been astonishing, on Sunday morning, to find Jesus risen from the dead? Remember this incident:

[At the moment of Jesus’s death,] the earth shook, the rocks split and the tombs broke open. The bodies of many holy people who had died were raised to life. They came out of the tombs after Jesus’ resurrection and went into the holy city and appeared to many people. (Matthew 27:51–3)

Here’s the chronology. Jesus died on Friday evening, and at that moment many worthy dead people came to life. Jesus resurrected (he was to be “three days and three nights in the heart of the earth” [Matt. 12:40], which Friday evening to Sunday morning isn’t, but let’s ignore that), and then the newly undead people left their tombs to walk around Jerusalem. Next, the women found the empty tomb, and then word spread among the male disciples. The gospels differ over whether the women were the first to see the risen Jesus at the tomb (Matthew and John), or the disciples were the first see him Sunday night (Luke), or nobody sees him (Mark). Finally, a week later, Doubting Thomas saw Jesus.

Though the zombies are never connected to the Jesus story, the literary goal is easy to imagine. The resurrection of Jesus was the first fruits of his triumph over death, with the zombie resurrection in Jerusalem a demonstration to emphasize the point.

The problem is that surprise is an important part of this story, but no one would be surprised by a risen Jesus once they’d seen the crowd of undead. What’s one more, particularly when he was the instigator of the process? Word of the remarkable sight of walking dead would’ve traveled quickly through Jerusalem.

When the women returned, breathless with the news of having seen Jesus (or just the empty tomb), the disciples could’ve replied that Jerusalem was crawling with zombies, so what’s one more? Or, if that news hadn’t reached the disciples by the time the women returned, everyone in the city would’ve surely heard by the time Doubting Thomas finally saw Jesus a week later. Knowing of the zombies days earlier, how could Thomas have been surprised that Jesus had risen as well? Jesus showing his wounds and Thomas touching them for confirmation wouldn’t have happened.

About a wide range of Christian commentaries on this passage, Patheos blogger Neil Carter said, “Almost none of them think this really happened.” Nevertheless, the contradiction remains: Thomas, knowing about the zombies as everyone in Jerusalem surely did, would’ve dropped his demand that Jesus prove that he really rose from the dead.

(h/t to Neil’s post, which is where I learned about this contradiction.)

If Jesus sees his shadow on Easter morning
it means 3,000 more years without a second coming.
— comment at Debunking Christianity