Why I Believe in Women in Ministry: Part 7 (Gupta)

I’m not Catholic, but I have learned to pay close attention to Mary in the Gospels from my Catholic friends. She should be respected as the mother of Jesus, but she is also an example of great faith in the Gospels, a disciple in her own right, and she even becomes a matriarch of the early church (I will explain that one later).

Yes, Jesus had an earthly father, but the spotlight of the Gospels tends to be on Mary.

Preacher of the Gospel 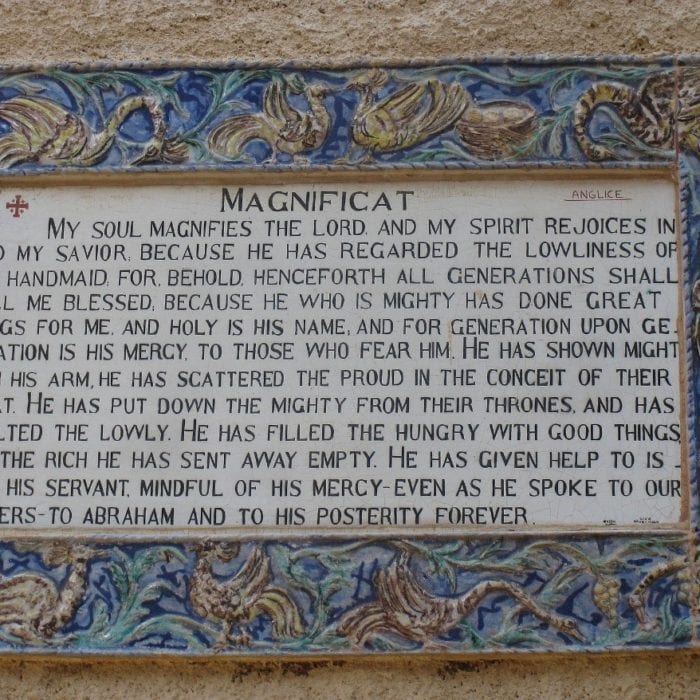 I believe it was Joel Green and F. Scott Spencer who really opened my eyes to the beauty and power of Mary’s Magnificat (Luke 1:46-55), where she previews the gospel with deeply impactful words. I consider it the most inspiring articulation of the gospel in the whole Bible. Recently I had a discussion on social media where several men argued that her song is not “preaching,” it is just a song, an expression of worship. But we must not forget that there is no Greek word for “preach a sermon.” That is because the New Testament doesn’t talk about sermons. When the Bible talks about “preaching,” it refers to the public proclamation of the gospel and its implications. Mary certainly does that. In fact, the Magnificat almost serves as pre-narration of the entire gospel of Luke. Ephrem the Syrian referred to Mary as preacher of the new kingdom (ECTD 56-57).

We don’t know the name of any of Jesus’ school teachers or rabbis. We can assume that Jesus was taught about God by his parents (Deut 6:3-9). Joseph does not get much attention in the Gospels, because he probably died before Jesus began his ministry. Jesus would have naturally confided in Mary and turned to her for advice. (In the ancient mediterranean world, adult children took the counsel of their mother and father very seriously. See Gen 27; Lev 19:3; Prov 1:8; 6:20. It is the same way in India today, for example.) We know from the Gospels that Jesus grew in wisdom (Luke 2:52), and you can be sure Mary had much to do with this.

Leader of the Early Church

Mary’s story doesn’t end with the Gospels. She makes one last appeared (by name) in the book of Acts. According to Luke’s testimony of the early church, Mary was present at Pentecost (along with other unnamed women; Acts 1:14). Why does Luke go out of his way in Acts to mention her? There are 11 men named, and then Mary. Many scholars conclude that she is present at the endowing of the Spirit to the Church as a second fulfillment of Luke 1:35. The angel says to Mary, “the Holy Spirit will come upon you, and the power of the Most High will overshadow you.” Obviously, the primary fulfillment is the conception and birth of Jesus the Messiah. But Mary’s presence at Pentecost again demonstrates her faith and courage, and the Spirit again coming down, but here for the conception and birth of the Church. It is no wonder that paintings from many periods place Mary at the center of Pentecost (see below). If you have time, read all about this in Mikeal Parsons and Heidi Hornik’s The Acts of the Apostles through the Centuries.

Mary was not a technical “disciple,” not a formal “apostle.” But she is treasured as a model of faith, a teacher of Jesus, and a wise leader of the church who did not stand in the spotlight. I had a chance to see the famous Pieta (see the features image above) in person about a decade ago. We “see” Mary only here and there in the Gospels, but the Pieta reminds me that she spent thousands of hours with Jesus throughout his life, far more than any man. No one loved Jesus more than Mary. No one grieved his death more painfully than Mary. No one was more deserving to hold his dead body than her. She is one of many reasons why I believe in women in ministry. 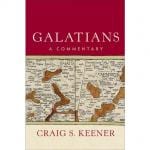 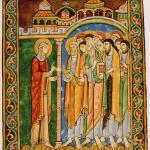 May 26, 2019 Why I Believe in Women in Ministry: Part 8 (Gupta)
Recent Comments
0 | Leave a Comment
Browse Our Archives
get the latest from
Crux Sola: Formed by Scripture to Live like Christ
Sign up for our newsletter
POPULAR AT PATHEOS Evangelical
1

Why Anti-racism is so Popular
Shattering Paradigms
Related posts from Crux Sola: Formed by Scripture to Live like Christ

Evangelical
FB Public Lecture: Women of Influence in the...
Crux Sola: Formed by Scripture to Live like Christ

Evangelical
SeminaryNow: A New Video Platform for Courses in...
Crux Sola: Formed by Scripture to Live like Christ
TRENDING AT PATHEOS Evangelical