Why I Believe in Women in Ministry: Part 8 (Gupta)

Mary Magdalene: Equal to the Apostles

In the last post, I talked about marvelous Mary. There is another important Mary (or Miriam): Mary Magdalene. Contrary to popular assumptions, she was not a prostitute or woman of ill repute. (see HERE for more information on that.) According to Luke, she was someone Jesus cured from the oppression of seven demons (8:2). Presumably, she was also one of the many women disciples who travelled with Jesus and financially supported his ministry out of her funds (8:3).

Mary’s importance in the Jesus tradition should not be underestimated. She is mentioned by name and appears in the Passion Narratives in all four Gospels. That means her presence and importance has staying power. She was and is remembered as a uniquely loyal and faith-filled disciple.

According to Matthew, Mary Magdalene (and another Mary) go to the tomb, and are greeted by an angel who announces to them the resurrection of Jesus (Matt 28:7). Filled with faith, they left with joy ready to tell the disciples (28:8). Then Jesus himself greets them and they hold his feet and worship him (28:9). There is no fear or doubt, only joy and worship. Jesus, the risen Lord, could very well have disappeared and met the other disciples himself. But Jesus commands the women: “Do not be afraid. Go and tell my brothers to go to Galilee; there they will see me” (28:10).

Luke tells us that while the women were faithful to their task, the male disciples doubted (Luke 24:10). We often fixate on the leadership of the church as the male 12 (or 11), “the disciples,” and “the apostles.” We know these men had their flaws—Peter denied, Thomas doubted, John bragged about being a faster runner (!). But these women were incredibly brave. NT Wright calls Mary Magdalene apostle to the apostles. The Orthodox tradition hails Mary as isapostolos – equal to the apostles. If the qualifications for apostle were that the person was with Jesus during his ministry, witnessed his resurrection life, and was sent to proclaim to others “I have seen the Lord” (John 20:18), then equal to the apostles she is. 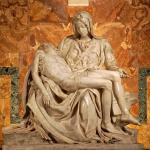 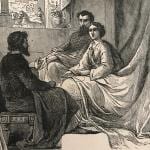 May 27, 2019 Why I Believe in Women in Ministry: Part 9 (Gupta)
Recent Comments
0 | Leave a Comment
"Hello, I have elder friend who sent me an email, as he has been so ..."
Mateo Reed Why I Use Accordance Bible Software ..."
"Thanks, Hashim."
Nijay Gupta 15 New Testament Words of Life: ..."
"Looks awesome! In "Resurrecting Justice" the the writer spend a lot of time on NT ..."
Hashim Warren 15 New Testament Words of Life: ..."
"Got the one on Luke. Thanks for the alert"
Hashim Warren $5 Kindle Sale on WJK New ..."
Browse Our Archives
Related posts from Crux Sola: Formed by Scripture to Live like Christ