Craig Keener (Asbury Seminary) has a new book out called Christobiography: Memory, History, and the Reliability of the Gospels (Eerdmans, 2019).

Dr. Keener was kind enough to answer some questions about his new work.

Q1: How did you become interested in studying and discussing the genre of the Gospels in depth for this book?

CK: Maybe around 1980 Ben Aker, one of my undergraduate professors, taught a course on special hermeneutics, using a textbook by Grant Osborne. I wasn’t in that class, but I was intrigued by what I heard about it, especially exploring different genres. I was already intrigued by apocalyptic, but the subject of genres more generally (explored back then also by Fee and Stuart’s book, which influenced me a lot) got me thinking about the Gospels as biographies. Of course this was also a hot topic of discussion during my PhD work at Duke, and Richard Burridge’s influential work about the Gospels as biographies put the subject in the center of the map. I had of course read Suetonius and some other biographers from the early empire, but began delving into Plutarch as well (following the example of my colleague Mark Matson).

When I wrote my Gospels commentaries, I was building on that approach, but I took for granted that everybody knew what ancient biographies were like–as if everybody else must have read Suetonius et al. as well. I soon discovered that NT scholars already have way too much to read, and most of them were not very familiar with ancient biographies, and certainly not what implications this genre assignment might have for historical reliability. There was more that I needed to learn as well. I conducted some further explorations, but I assumed it would take me years to finish all of them. In one doctoral seminar on the historical Jesus, however, I suggested some needed topics and a number of my doctoral students agreed to research different ancient biographers and then bring together our findings. We published a collection of those findings, so we could all build on what the others had found (and properly credit one another for the other’s findings). That provided a broader foundation to work from. By then, my friend Mike Licona, whose interests in ancient biography had long overlapped with mine, published with Oxford on Gospel differences and Plutarch, and provided more to work with. There is of course more to be done, and some of my doctoral students are developing dissertations in some of these areas.

Q2: What are some key arguments you make in Christobiography? How do you hope to move the discussion forward on the Gospels and the study of Jesus?

CK: A number of scholars are more skeptical of the Gospels’ portraits of Jesus than the evidence warrants. If someone wrote a biography today about a figure who lived fifty years ago, we wouldn’t start with the assumption that events fifty years ago are shrouded in legend and therefore reject any claim that we could not prove. We might be more optimistic if it were verified elsewhere, but we wouldn’t have reason to simply dismiss its claims a priori unless we found consistent errors. Ancient biographies differed from modern biographies; many of the alleged “problems” in the Gospels fit ancient biographic and other ancient literary conventions. These may be problems for readers who want everything verbatim and in sequence but they are not problems from the standpoint of what the Gospels’ first audiences would have expected based on their experience with other works. Moreover, when you have biographies from the early Roman empire written within living memory of their subjects (as the Gospels are), these biographies are full of information and bound to sources. More often than not, we have good reason to believe that the authors believed that the events they reported actually happened. Are they likely correct in that assumption? Here I look at the character of ancient memory to address the oral period before the Jesus biographies.

Q3: After researching and writing this long book (!), what are lingering questions or perplexities you have about the genre of the Gospels?

CK: It’s not long compared to my Acts commentary. 🙂 Where does each Gospel writer lie on the spectrum of fidelity/fixity and flexibility that ancient biography allowed? Our recent work establishes some of the contours of the spectrum, but more research is needed. Each writer tweaks genre in their own ways. Luke combines biography and historiography (Luke-Acts). Mark may have never looked at another biography. There is material that Matthew and Luke share in common that focuses more on teaching, like collections of sages’ teaching. But after learning more about the sort of information that persists within living memory, I have become especially fascinated by early second-century Christian writers such as Papias and Polycarp. They did not write within living memory of Jesus, but they did write within living memory of the writing of our Gospels. What they tell us whets our appetite, and what they don’t is tantalizing. And of course there are new issues in historiography in general, from the importance of rhetoric to postmodern philosophic concerns about historiography. There are many more issues to be addressed.

Q4: Now that this project is out, what are you working on next?

CK: In process is a one-volume, paperback version of my Acts commentary, with Cambridge; also a collection of essays on Acts, with Cascade; I am finishing up a commentary on 1 Peter for Baker Academic, and my biggest project, which should take a few years, is an ICC commentary on Mark for T&T Clark. So it might look like I have a lot coming out at the moment, but there will be some lean years ahead as I work on a long project. As I get older, time is an increasingly precious commodity. So much to do, and only so much time. May we number our days well and devote all our resources to what is of lasting value.

NKG: Thanks, Dr Keener, for sharing your thoughts.

CK: Thank you for interviewing me. Always a pleasure and a privilege to be with you, Nijay! Blessings! 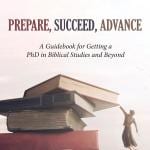 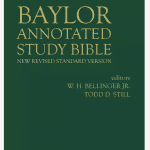 September 10, 2019 Baylor Annotated Study Bible - Quick Review (Gupta)
Recent Comments
5 Comments | Leave a Comment
"I have worked extensively on Colossians, I even wrote an article on authorship, the arguments ..."
Gupta Nijay Newell Lectures ’21| Hidden Christian Figures: ..."
"I am in broad agreement. Have you read the 2018 article in ZNW: "Euodia, Syntyche ..."
Richard Fellows Newell Lectures ’21| Hidden Christian Figures: ..."
"I found Jerome Walsh's commentary in the Berit Olam series to be outstanding. It is ..."
Brian Small My Top Six OT Commentaries: 1-2 ..."
"Thank you again for another good list - but I confess puzzlement at the absence ..."
Jim Gordon My Top Six OT Commentaries: 1-2 ..."
Browse Our Archives
get the latest updates from
Crux Sola: Formed by Scripture to Live like Christ
and the Patheos
Evangelical
Channel
POPULAR AT PATHEOS Evangelical
1