Confession: I really don’t like study Bibles all that much. They are bulky and awkward. The notes can feel random and incomplete sometimes. So, I don’t tend to follow which new ones are coming out.

But when Baylor announced their Baylor Annotated Study Bible with Bill Bellinger and Todd Still in the editorial roles, I took interest. Yesterday, I got the BASB in the mail, so I thought I would share some of my thoughts.

First, it is nicely designed, big (2000 pages) but not awkwardly bulky. It is NRSV with Apocrypha which is great for students. Perhaps the question on everyone’s mind is: who wrote the study notes? There are two main features of the BASB: the book introductions and the study notes. The book introductions are written by a number of senior scholars in the field including John Barclay, Alan Culpepper, Joel Green, Richard Hays, Scot McKnight, Todd Still, and NT Wright (the contributors list is long, but remarkably few women, which surprised me). As for the study notes, they are written mostly by early and mid-career scholars, with a few exceptions (e.g., McKnight did notes for Romans as well as the introduction).

Another handy features of the BASB is the end-of-book glossary of ~100 pp, which is a kind of Bible dictionary.

The Apocryphal books are at the very end of the book, but unfortunately they did not supply study notes for these texts.

How handy are the notes for the (traditional) Biblical books? From poking around here and there, I found the notes to be more literary-theological, rather than historical-critical. Although, historical insights are included sometimes as well. I like notes to express consensus views in scholarship rather than the author’s personal take, and the BASB does well on this also.

Verdict? if you are looking to invest in a more theologically-interested academic study Bible, this one is pretty good. Don’t expect it to offer commentary-level information, but for personal use it would provide some “value added” to Bible study. 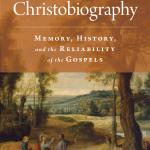 August 17, 2019
Interview with Craig Keener on Christobiography
Next Post 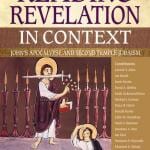 September 13, 2019 Reading Revelation in Context: Quick Look (Gupta)
Recent Comments
0 | Leave a Comment
"One of the best Hebrew Bible commentaries is available on Chabad.org in English and it's ..."
Karen Silver New Blog Series: “My Top 6 ..."
"Brilliant! I did not know about Goldingay on Genesis. It's on my wishlist! many thanks"
Robert LIMB New Blog Series: “My Top 6 ..."
"Thanks very much for sharing these - I'm starting on an OT MA in the ..."
Steve Thomas New Blog Series: “My Top 6 ..."
"Hi Kerry, so glad Barr's book is getting out there! Our love to you and ..."
Gupta Nijay Barr’s The Making of Biblical Womanhood—My ..."
Browse Our Archives
get the latest from
Crux Sola: Formed by Scripture to Live like Christ
Sign up for our newsletter
POPULAR AT PATHEOS Evangelical
1

Evangelical
Part 2: "And the WORD 'Felt' Among Us":...
Crux Sola: Formed by Scripture to Live like Christ

Evangelical
What's Going On In Septuagint Studies? (Ross and...
Crux Sola: Formed by Scripture to Live like Christ