This is a new series reflecting on Bible translation by looking at the Greek text of Philippians. In my book Reading Philippians, I offer my own fresh translation of this letter. I tried to provide a readable, modern English translation, which means I made some untraditional choices. Follow along as I talk through some of these decisions. Here we will look at Phil 2:1-11. 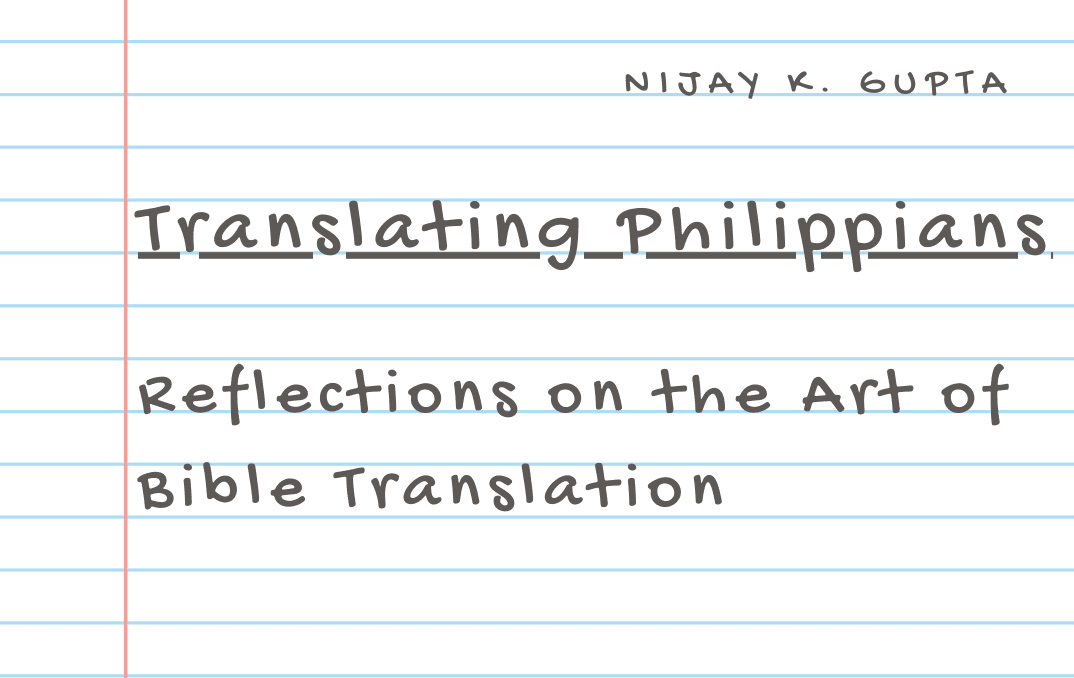 This verse is often translated “consider others better than yourselves.” But I think that is a poor translation. Paul wants believers to be humble and he is not interested in better or worse (i.e., objective quality), but rather subverting cultural status assumptions. I added “(and vice versa)” because Paul’s clear intent is that if everyone defers to each other (hence ἀλλήλους), everyone is eventually respected.

One of the biggest challenges I faced in translating Philippians is the Christ Hymn (2:6-11), which I call the “Ode to Christ.” I will admit I took some paraphrase liberties here because I really wanted to capture the poetic, artistic, and imaginative qualities of what Paul was aiming for here. I will comment here verse-by-verse.

Who once shined with the divine glory of God,

but did not cling to his divine status with a tight fist, (2:6)

I wrestled with the question—What does it mean for Jesus to have existed in the “form of God”? The best scholarship today (see Bockmuehl, Hellerman, Fowl, Eastman) argues that it is not about “nature,” but more so appearance, probably here referring to glorious visible appearance. Culturally, our “form” as humans will include our physical beauty and how our clothes and jewelry might display our status. So, I wanted to make that explicit.

Instead he willingly made himself nothing

as when one looks upon a common slave, so he took the humble form of a mortal. And just as he was found to be an ordinary human (2:7)

I wanted to avoid “kenosis” issues here, because Paul did not have in mind any emptying of his divine nature; rather, he was referring to loss of glory and splendor (or concealment perhaps). When it comes to becoming nothing, Paul had a ready-made image, that of the common slave. Now, Jesus wasn’t an actual slave, but the plummet from heavenly glory to earthly peasant was like a king becoming a slave.

indeed he lowered himself,

becoming a subject to the point of death—even death by shameful crucifixion. (2:8)

I wanted to continue to play on Paul’s imagery of exaltation, so I chose “lowered” rather than “humbled.” Furthermore, I don’t like how most translations say that Jesus became “obedient” to the point of death. If that is what Paul wanted to say, he would have used the verb ὑπακούω. Instead, he chose the adjective form which means “subject” (like a king’s subject). It prompted the Greek reader to ask, subject to whom?

I also added the descriptive word “shameful” here because we (today) might associate crucifixion with pain, but the inhabitants of the Roman world associated it with shame and social, cultural, and political repulsion.

As a result of this obedience, God lifted him up on high, and bestowed upon him a superlative title, (2:9)

Again, I wanted to continue with the spatial imagery Paul uses of lowering and raising up—here a super-exaltation (ὑπερύψωσεν; “lifted him on high”).

such that when all hear the name Jesus,

Just a quick note: I find the language of “knees bowing” to be awkward!

And every tongue will confess “Jesus Christ is Lord,” And all this will bring ultimate glory to God the Father. (2:11)

Note that the Greek text doesn’t have “is” in the phrase “Jesus Christ is Lord.” This is common in Greek. It is either implied or the confession could be put more simply “Lord Jesus Christ.”

The Ode to Christ is not about his divinity (I think that can be taken for granted), but about his honorable actions and his humility (which means putting the needs of others above self-protection, self-promotion). Sometimes doing the hard thing (putting oneself in a position of being shamed and even killed) is noble, but won’t look like it from an outsider’s perspective. Christ models for the Philippians total commitment to the Father, come what may. The Philippians are meant to imitate this Christ, even if they cannot replicate his perfect obedience. 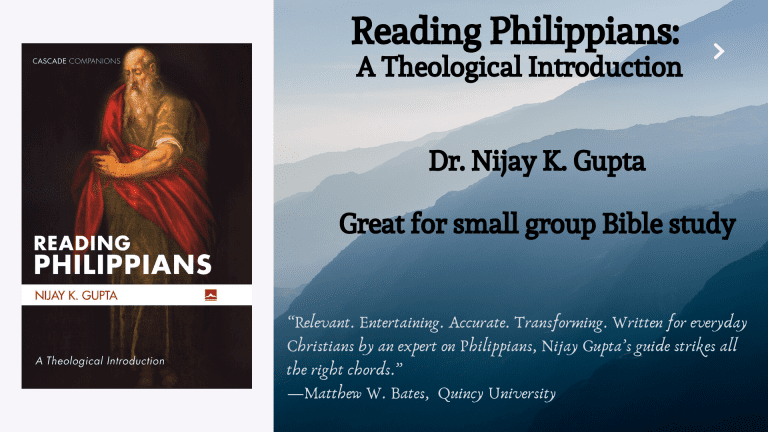 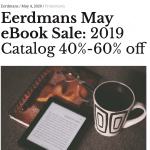 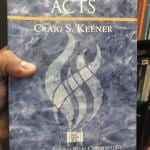 May 6, 2020 Craig Keener's New "Little" Acts Commentary (Merely 600+ pp)
Recent Comments
0 | Leave a Comment
"Should also mention EA Speiser's Anchor Bible commentary and especially Claus Westermann's three-volume commentary. Although ..."
robrecht New Blog Series: “My Top 6 ..."
"Go back early enough and one finds that there was no 'early' church, but at ..."
klatu “We Should Be More Like the ..."
"Most of the time, the early church were cantankerous, judgmental and disagreeable iconoclasts. They couldn't ..."
Roger Morris “We Should Be More Like the ..."
"Agree about Sasson, definitely. Can't wait for the next volume. Beldman to me is disappointingly ..."
Patrick Coleman My Top Six OT Commentaries: Judges ..."
Browse Our Archives
get the latest from
Crux Sola: Formed by Scripture to Live like Christ
Sign up for our newsletter
POPULAR AT PATHEOS Evangelical
1